Picnic basket or luxury hotel? You can have both! 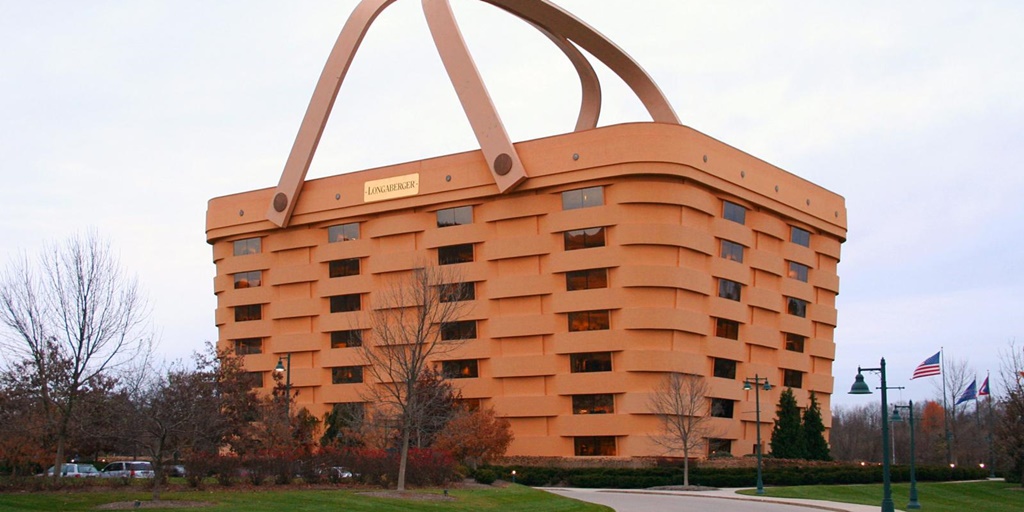 Yes, this building really is shaped like a picnic basket!

There is a new luxury hotel in the United States, but the shape of it is quite surprising.

It is, literally, shaped like a picnic basket. Located in the mid-Atlantic state of Ohio, the building originally housed the wooden basket manufacturer, Longaberger Co. It’s seven stories tall and served as the company’s headquarters.

Located in Newark, Ohio, the building was completed in 1997, where it served its originally-intended purpose until 2018 when Longaberger Co. shut down.

In a word, yes. This building really does look like a basket.

So much so, in fact, that when the first tenants vacated, the entire town was left wondering what would become of the property. This week, however, the news has now broken that it will house a 150-room luxury hotel, opening the building to the general public for the first time.

Making the transition seamless is that the building already has a fitness centre, auditorium, restaurant with a kitchen and dining room, plus a pond.

And photos from local media have shown marble floors, wood columns, grand staircases and a skylit atrium, all of which will make the conversion from corporate headquarters to a luxury hotel faster.

Who owns this hotel?

In 2017, property developer Steve Coon purchased the basket building with business partner Bobby George for $1.2 million, without a plan for what might become of it.

Ultimately, the decision was to turn it into a hotel. There are no plans to change the building’s exterior, with the new owners planning to keep the handles on top which give it its basket shape, leaving it as a monument of sorts for local history, the history of the region, and the company that first envisioned it.

[tweetshareinline tweet=”#Picnic basket or #luxury hotel? In the #UnitedStates, one strange building is actually both. ” username=”tophotelnews”]