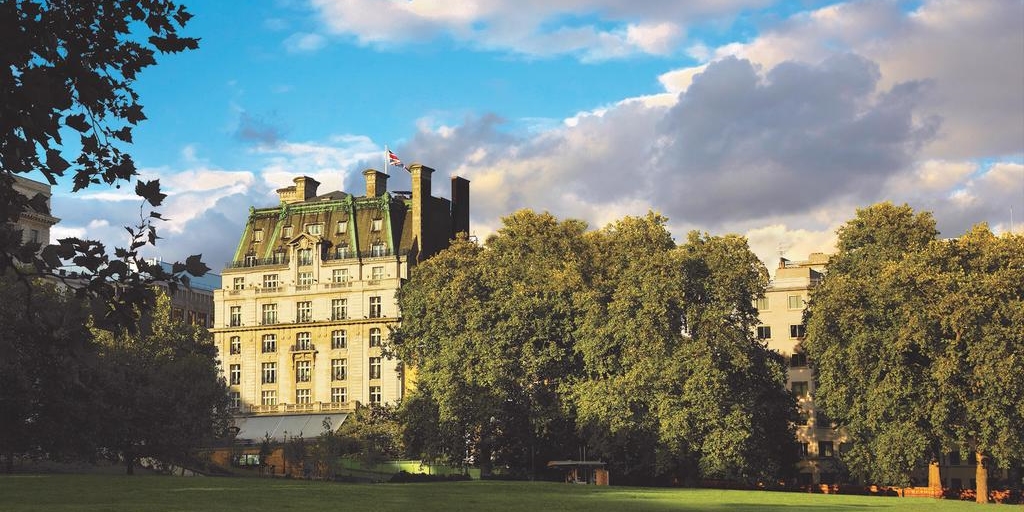 The Barclay brothers are reviewing offers to decide on whether to move ahead with the sale of the London Ritz Hotel. (Picture: Booking.com)

The iconic Ritz Hotel in Piccadilly might soon be changing hands after it was fully renovated and brought back to its full glory by the Barclay brothers.

We find out more about who the current owners are in talks with.

Another London icon is up for grabs

After Grosvenor House hotel in Park Lane being acquired by the Qatar Investment Authority in 2018 and the Barclay brothers buying the Beaumont hotel in Mayfair that same year, the Ritz Hotel might soon be the next London icon to change hands.

Currently owned by the Barclay twins, who purchased the hotel for € 88.7 million in 1995, the Ritz is one of London’s top luxury hotels. Now, the brothers are said to be in talks to sell the property to a private investment group representing wealthy Saudi Arabian families.

So far, neither Jeddah-based Sidra Capital nor the Barclays themselves have commented on the process which has been going on for several weeks. However, insiders claim that till now, no agreement has been made because offers have fallen short of the brothers’ supposed minimum of € 887 million.

When the Barclay brothers bought the Ritz Hotel in 1995, it was a famous property, but its glamour was fading. Once known for hosting celebrities such as Charlie Chaplin and the ballerina Anna Pavlova or being the scene for talks between Churchill, Eisenhower and de Gaulle during World War Two, it had fallen behind the times in terms of amenities and upkeep.

The Barclays invested tens of millions of pounds to fully refurbish the hotel and return it to its former glory. Their work was rewarded with annual profits in the millions, although they decreased from € 15 million to € 8.2 million from 2017 to 2018. With a loss of € 10.5 million in 2018, the Ritz casino seems to be struggling. Still, the business including the casino lease is currently valued at about € 946 million.

No final decision made yet

While it sounds like talks are serious, no final decision has been announced yet. Insiders report that apart from Sidra Capital, there are also other potential buyers who have expressed an interest. Exact numbers and proposals have not been revealed.

If Sidra Capital would take over the Ritz, the hotel would become another in a series of UK assets including Kinnaird House, an office building near Trafalgar Square, to become part of the Saudi group’s portfolio.

The Ritz-Carlton is a global luxury lifestyle brand consisting of premium hotels and resorts in highly desirable locations.