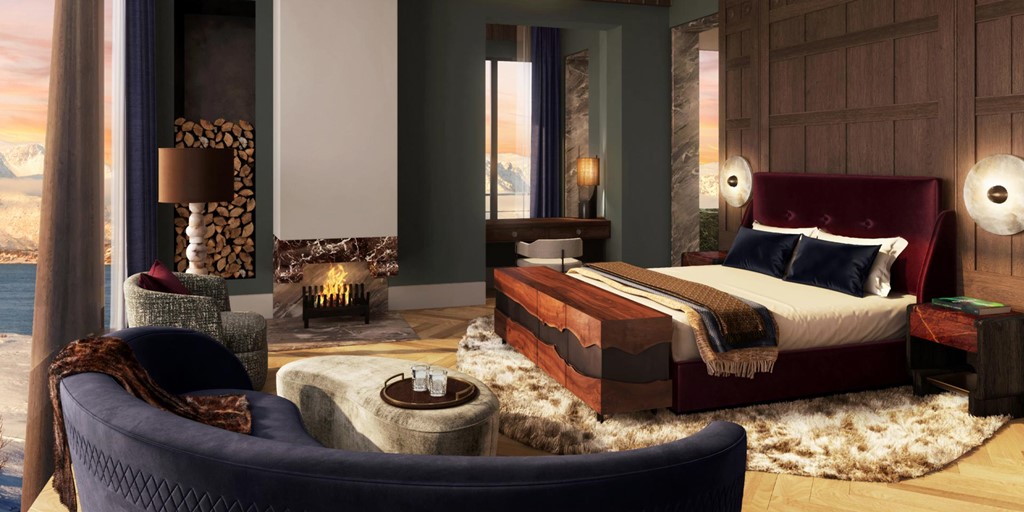 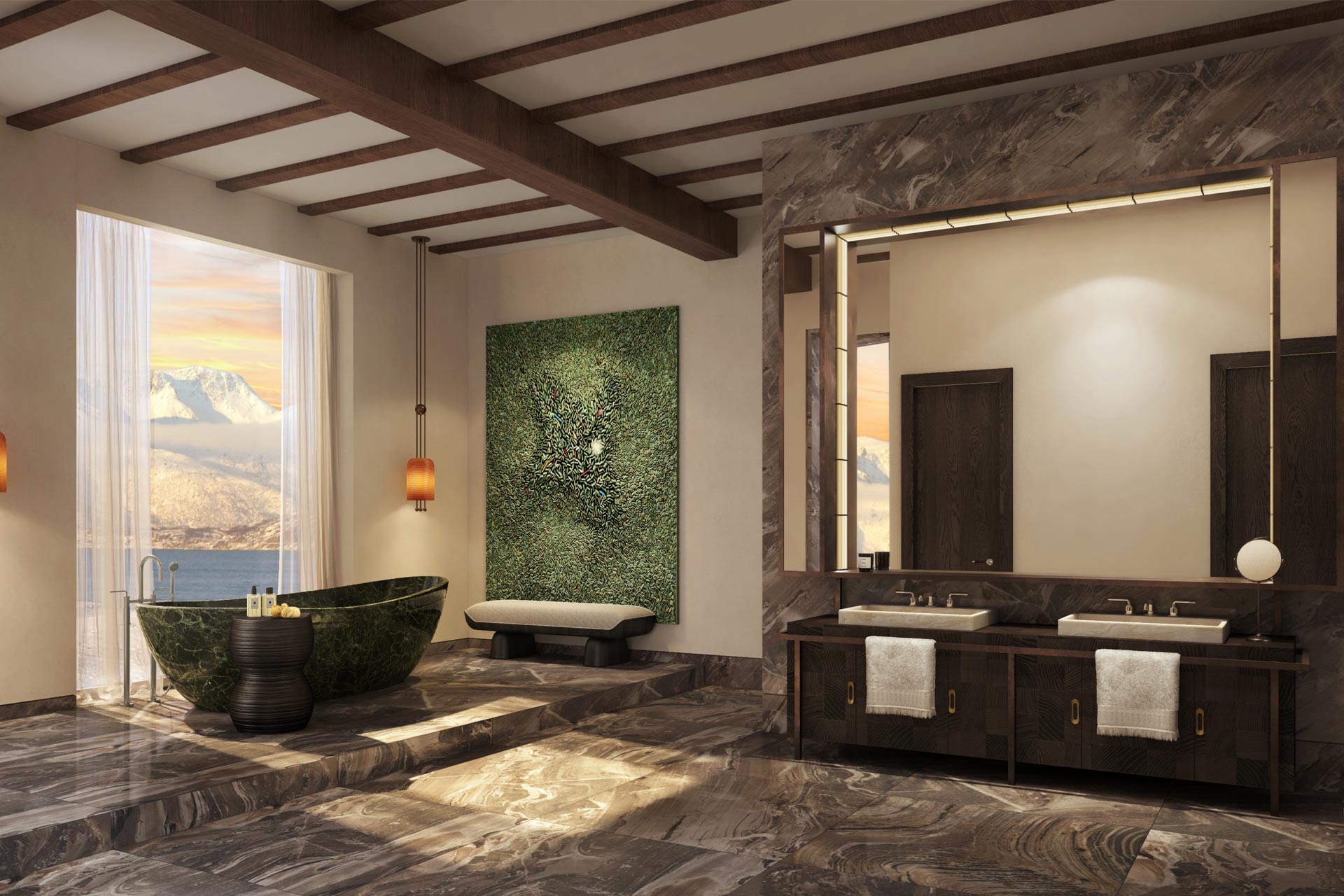 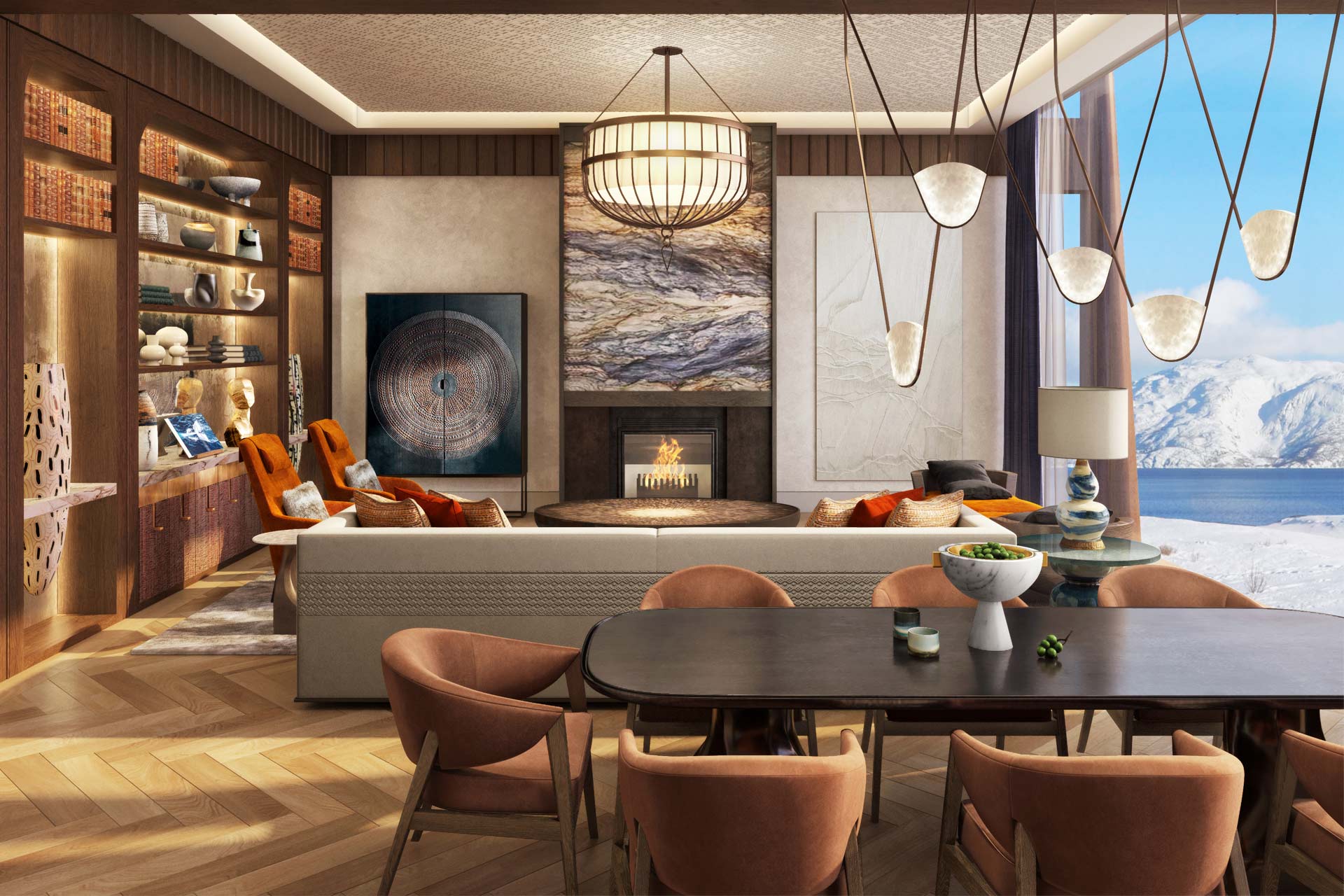 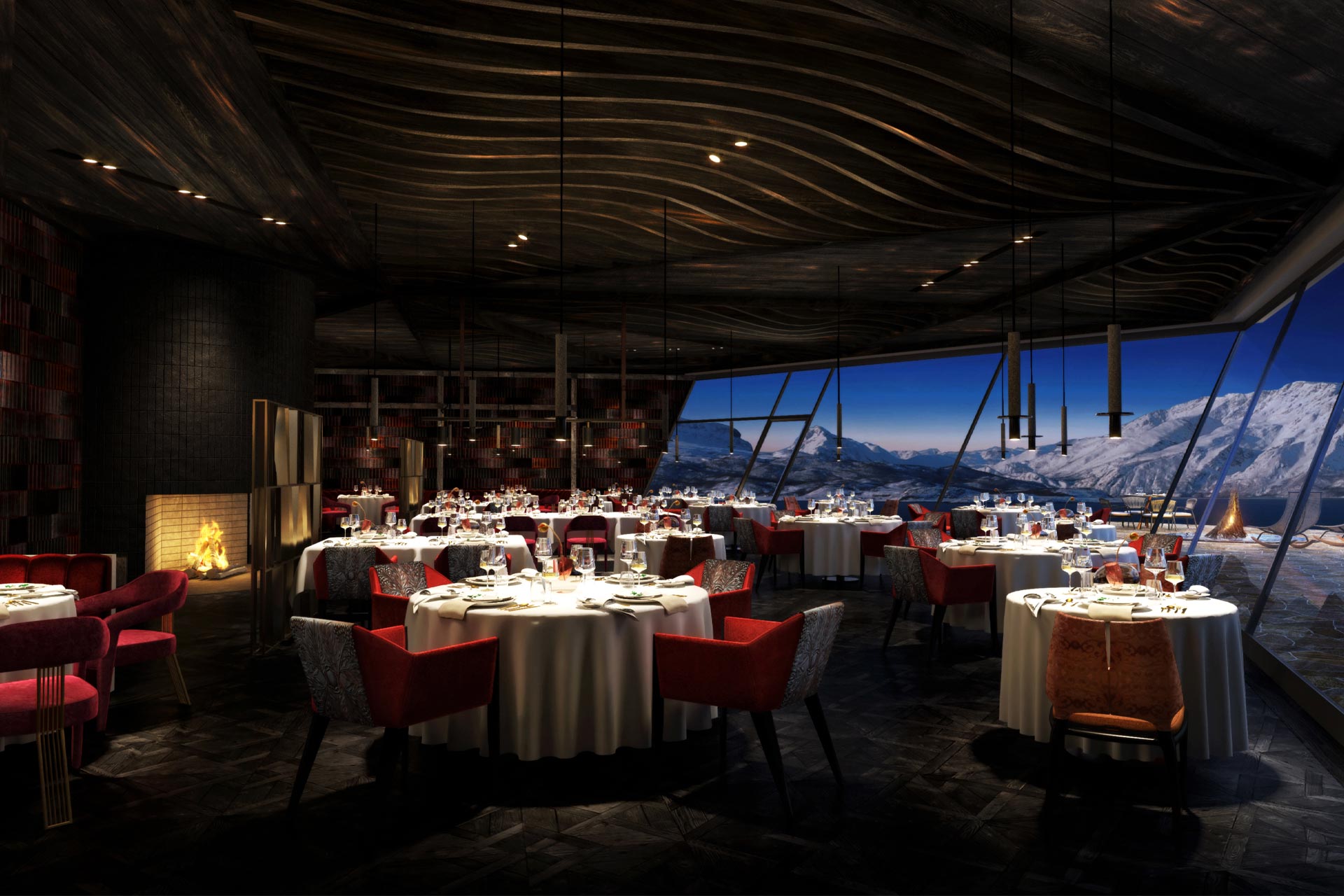 The design of a spectacular 7-star Norwegian hotel project has been unveiled by Bergman Interiors.

Bergman Interiors has been charged with crafting exquisite new interiors for a 7-star spa hotel in the Norweigan islands. Architectural pride and local heritage were the central tenets of the resulting design concept, and the recently released renders show something truly unique emerging. We take a closer look at this rather special project.

At one with nature

The core idea for the interiors of the 7-star spa hotel in Norway was to connect with nature. The hotel is to be located on Norway’s islands, where it will have unparalleled access to some of nature’s most coveted sights, including the Northern Lights and the country’s famous fjords.

Bergman Interiors was tasked with unifying a host of different spaces to create the hotel, which contains guest villas, a luxurious spa and common areas such as restaurants and bars. Its approach has been to coherently formulate the spaces so that guests can read a continuous language throughout, drawing on nature to tell the story of both the hotel and its setting.

Materiality was key to this narrative, and Bergman Interiors is using bleached ash to echo the central point of the Viking world, the ‘Yggdrasil’” Ash Tree, metal screens carved with images of native leaves and decadent rugs that recall traditional crafts. Floor-to-ceiling windows in the restaurant, spa and villas expose guests to the most jaw-dropping panoramic views of the landscape outside, meanwhile, connecting guests with nature at all times.

History and heritage in Norway

The design team at Bergman Interiors has been heavily influenced by Norway’s history, culture and traditions. Marie Soliman, founder and creative director of Bergman Interiors, told Sleeper: “We immersed ourselves into history and then snapped back into the 21st century; adapting, reinventing and applying some of the many influences with clever detailing, layering of materials or simply being influenced by the seasonal changing colours found in nature.

“Our intention was to create an unforgettable experience by designing a guest-driven brand identity, connecting and engaging with the surroundings. The aim was to create elegant interiors with a simplicity in design that celebrates and maximises the views, bringing the outside in through the use of local materials and textures.”

Norway’s unique history and geography can be seen in the ‘Glacier’ concept in the spa, which draws on the way a glacier sculpts the landscape in the undulations and curvilinear forms on the ceiling. Plus, the colour of the water in the glacial pool and the surge of the waterfall feature echo the hues of the fjords and the movement of water found in nature. Hand-crafted furniture also employs vernacular materials and techniques, harking back to a bygone era and invoking Viking long ships and traditional wood carvings.