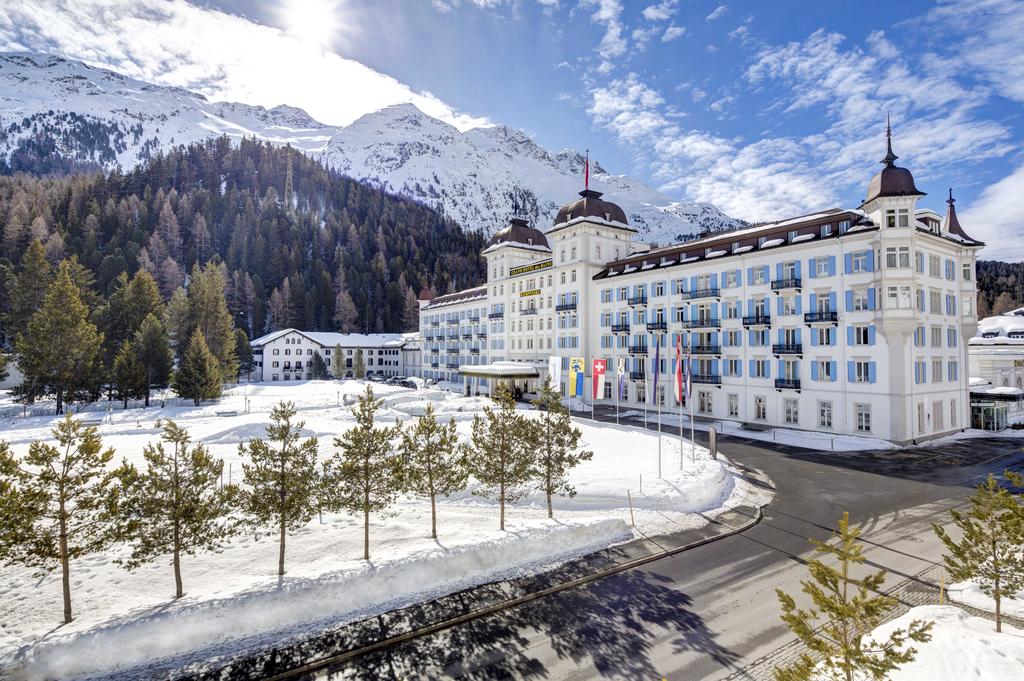 The epitome of luxury in a winter wonderland – how the Grand Hotel des Bains Kempinski St. Moritz became an iconic winter getaway.

Some hotels have legendary status. Whether it’s because of celebrity guests or a singular, iconic design, certain properties have lore around them. The Grand Hotel des Bains Kempinski St. Moritz is one of them.

We find out what makes this famous hotel tick.

Like something straight out of a Wes Anderson movie, the hotel was built in 1864, and its expansive facade is part palace, part chateau, part chalet.

Quaint blue shutters contrast with the whitewashed frontage, echoing the natural colour palette of the snow and sky.

Located in the Swiss luxury ski resort of St. Moritz in the Engadin valley, the hotel slots perfectly into its stunning setting.

The hotel’s siting takes full advantage of the therapeutic hot springs which run through the mountain and gives guests prime access to the resort’s ski facilities. 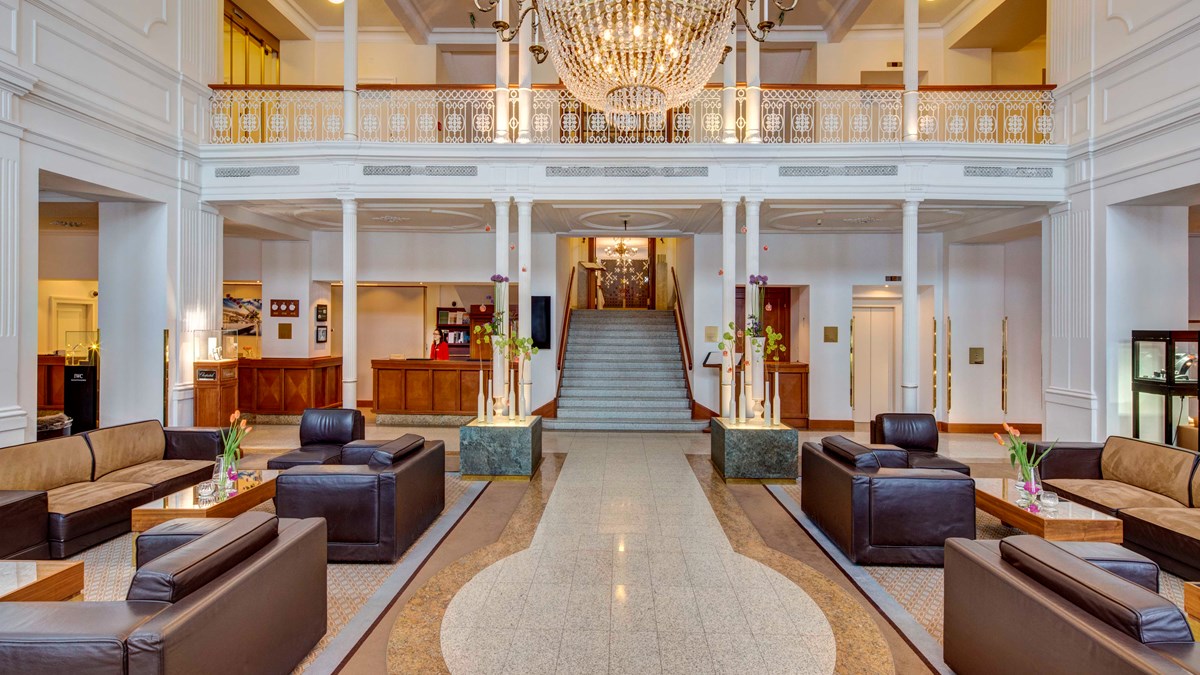 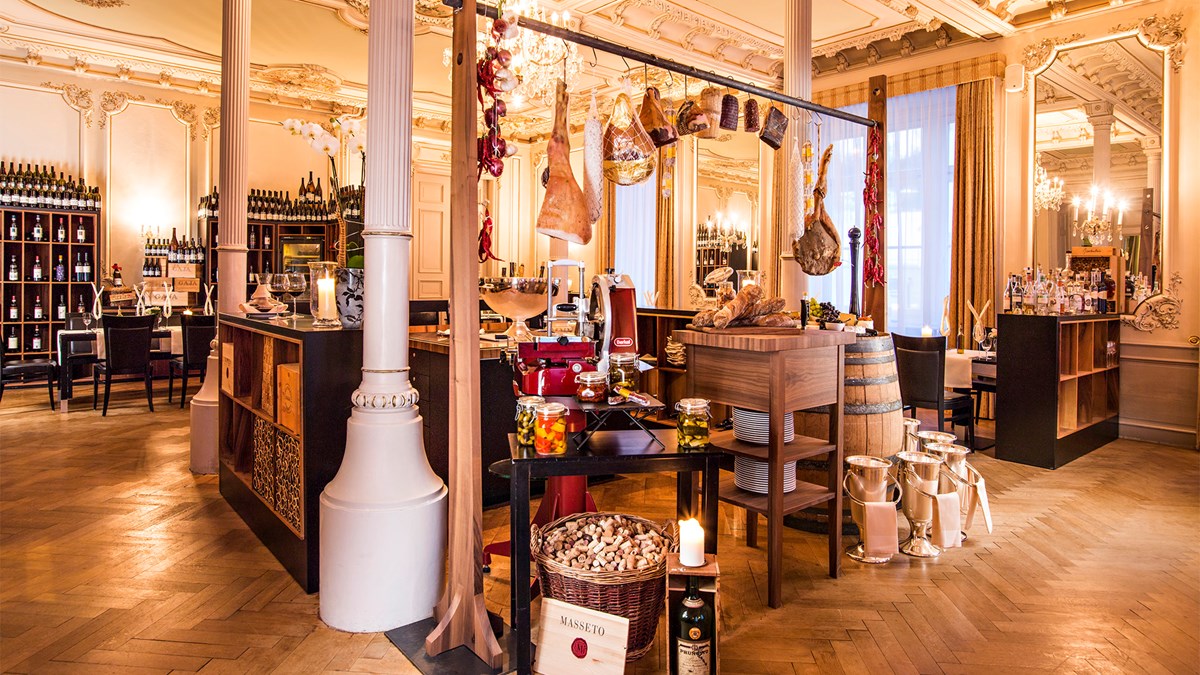 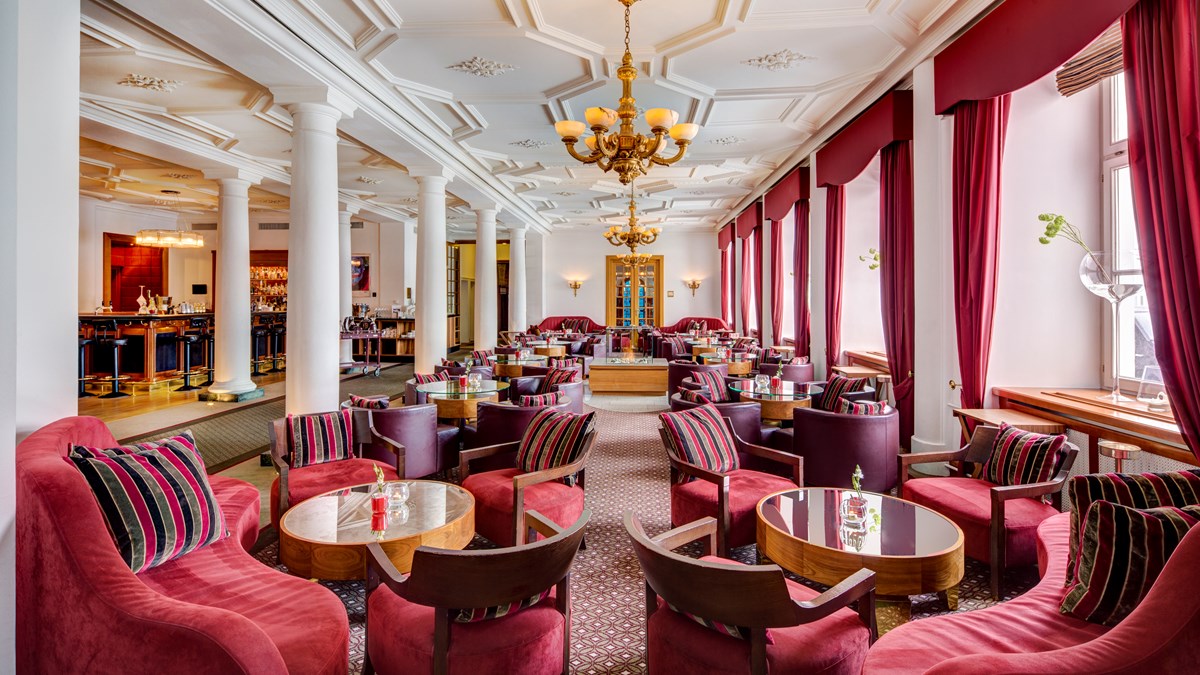 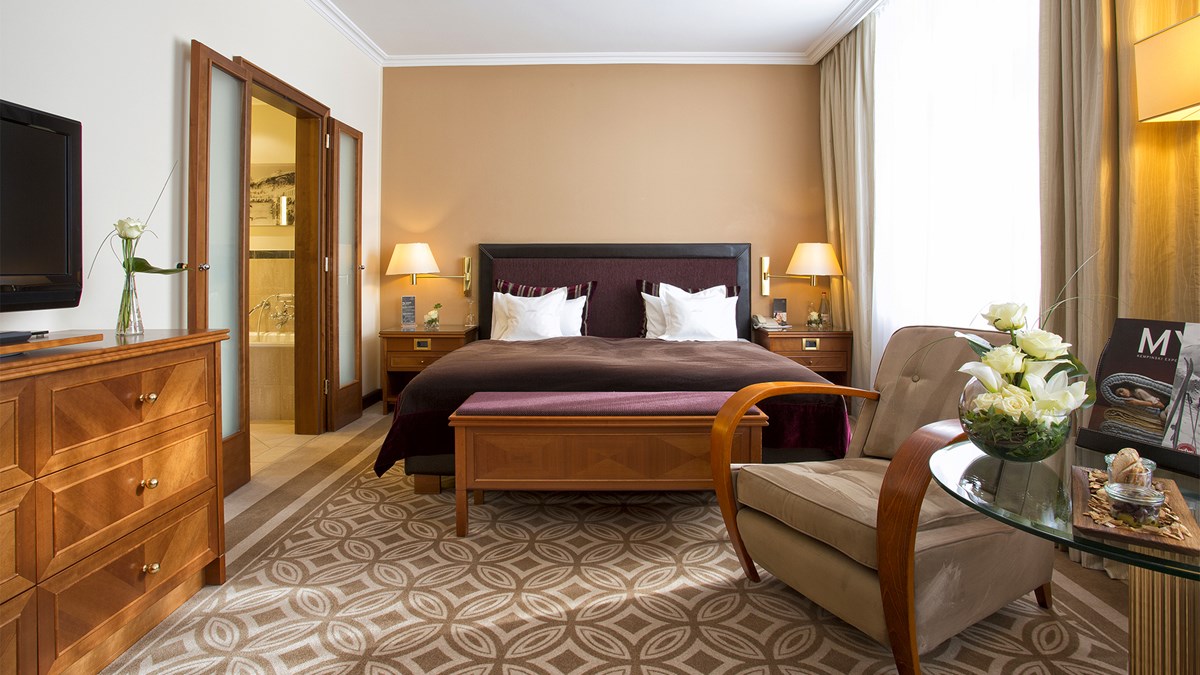 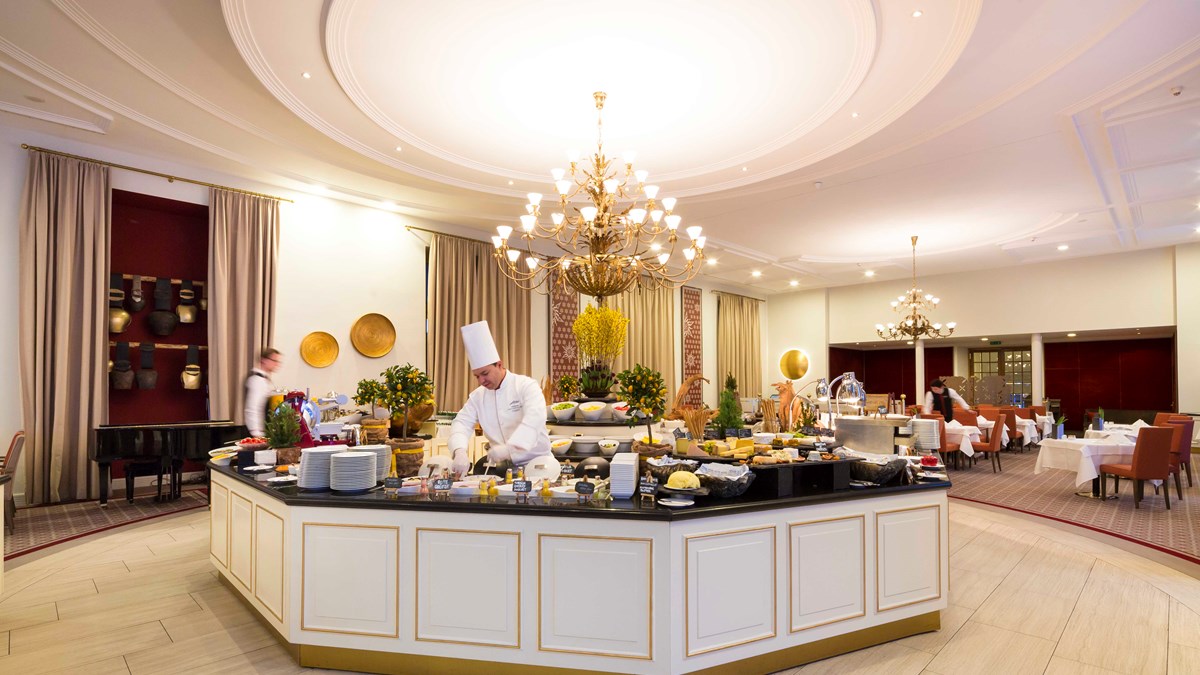 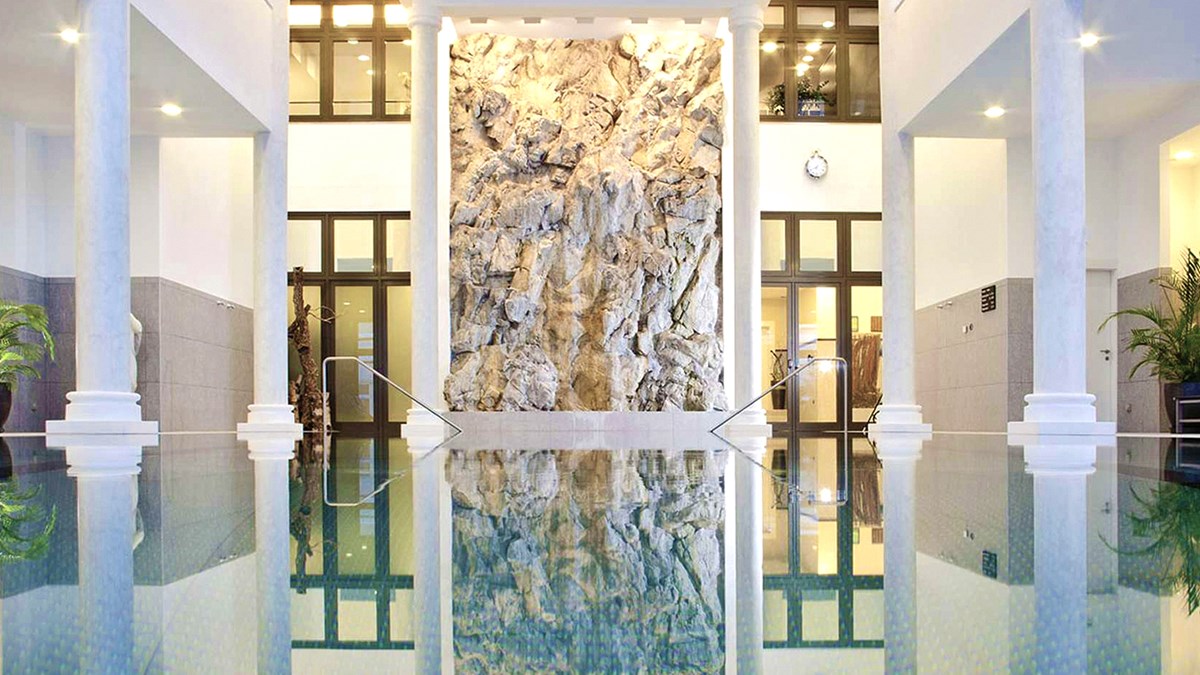 Not only is St. Moritz known for the glitz and glamour of its slopes and 5* superior hotels such as the Grand Hotel des Bains Kempinski, it has also gained a reputation as one of the best places to practice adventure sports.

As you would expect from a ski resort in the Alps, there are plenty of trails, both marked and unmarked, in the vicinity, but the area is most famous for playing host to the Winter Olympics twice.

The resort is also well known for being home to the Cresta Run, a world-championship bobsled run made of natural ice.

Bobsledding evolved in an unusual way in St. Moritz and went hand in hand with the evolution of the area as one of the world’s most famous ski resorts.

A local hotelier wanted to attract tourists during the winter months and invited some British guests to return over the winter season.

The tourists were charmed by seeing local deliveries happening on sleds and decided to repurpose them for recreational use, hurling themselves down slopes on rustic sleds for kicks. And so the practice of bobsledding in Switzerland was born!

Such was the popularity of the sport that people needed a track. This gave birth to the Cresta Run.

St. Moritz also has its very own adventure sport called skijoring, where horses pull skiers behind them at a breakneck pace – not for the faint-hearted.

Let’s take a look at a few other projects currently underway by Kempinski: 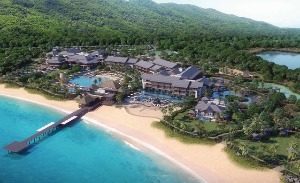 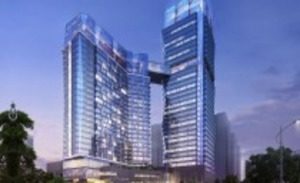 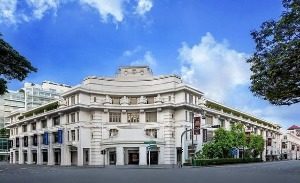 The Luxury Collection debuts in Australia with Hobart opening

Staycity ramps up its presence in Dublin