Thousands of new hotel rooms are on their way in Scandinavia, according to the TOPHOTELPROJECTS construction database, with Denmark and Sweden leading the charge.

Our researchers report that 68 hotel schemes, comprising 16,363 rooms in total, are being progressed across Scandinavia right now. Here, we take a closer look at these ongoing projects, and pick out a few of the most noteworthy ones.

Hotel projects by year in Scandinavia

It looks like 2021 will be by far the busiest year for the region in terms of hotel launches – 31 properties with 7,483 keys are scheduled to go live over the coming months, of which 11 are already in the pre-opening phase.

Of Scandinavia’s 68 new hotels, the vast majority (57) fall into the four-star category, while just a select few (11) are targeting the five-star segment.

Denmark leads our country-by-country list with 19 new properties and 5,335 additional keys on the horizon. Copenhagen, the Danish capital, is also the region’s fastest growing city, with ten new hotels and 2,599 rooms in the works.

Sweden takes second spot in terms of national growth markets. While its new property count of 19 equals that of Denmark, the country falls well behind on room numbers (4,201), highlighting the fact that Swedish schemes are on average much smaller than their neighbour’s. Before we move on, incidentally, it’s worth pointing out that Gothenburg ranks third among the region’s top cities, with five hotels and 1,537 rooms being planned.

Elsewhere, Finland will expand its offering by 14 properties and 4,069 keys. This performance is helped by a strong showing from its capital Helsinki, the region’s second most active city with nine launches and 2,599 extra rooms coming up.

Scandic Hotels leads this list by virtue of its efforts to add 14 hotels and 4,372 keys to its portfolio in the years ahead.

Choice Hotels International is also betting big on Scandinavia. Its Clarion Hotels brand will grow by five properties and 1,774 rooms, while Comfort Hotels is working on three projects with 1,150 keys.

When it opens in late 2021, the 273-room Lapland Hotels Tampere Arena will connect directly to Finland’s largest multipurpose arena. This should make it an appealing option for domestic and international travellers heading to the south of the country to attend major events.

Also in Finland, the 224-room Grand Hansa Hotel promises to bring a key element of Helsinki’s architectural history back to life. Set in the city block of Kaivopiha, the new hotel will be part of Hyatt Hotels Corporation’s Unbound Collection when it opens by mid-2022.

Last but not least, another impressive Hyatt property, The Unbound Collection by Hyatt Hotell Reisen, will welcome guests to the heart of Stockholm’s old town from mid-2022. Occupying a striking building that dates back to the 17th century, it’ll offer 144 luxurious rooms, many of which overlook the water. 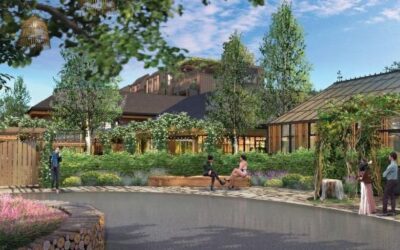 Treehouse to branch out to USA

Imagery courtesy of  SH Hotels & Resorts SH Hotels & Resorts brand Treehouse Hotels is heading to the USA for the first time with a new site set to open in Sunnyvale, California in late 2023. The environmentally-conscious marque’s latest expansion sees a... 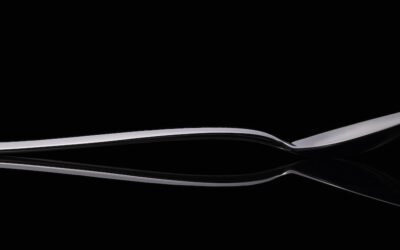 The artistic world of HEPP products

The TRILOGIE cutlery collection from HEPP receives the Red Dot Design Award in the Design category. In its statement, the international jury praises in particular the exceptionally dynamic design language, which is reminiscent of a freshly picked branch. Since its...