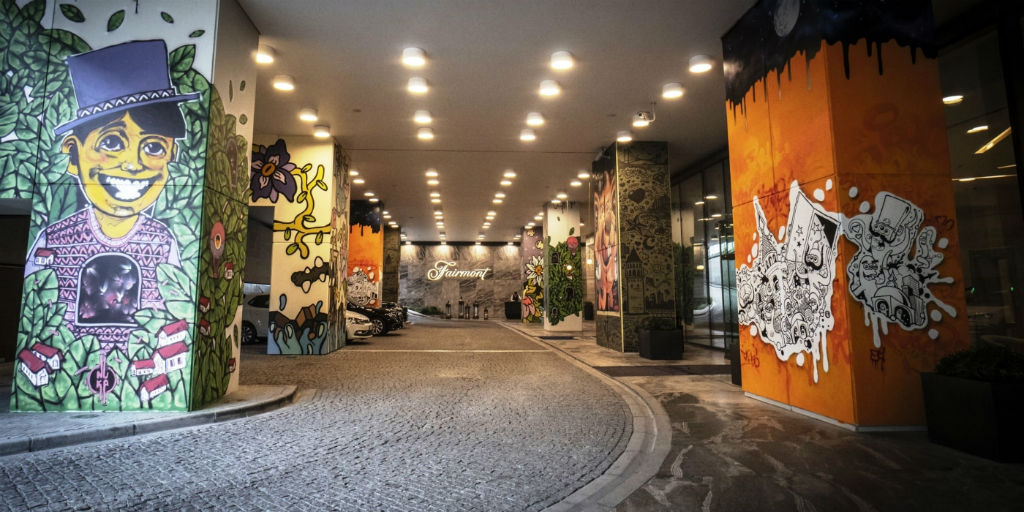 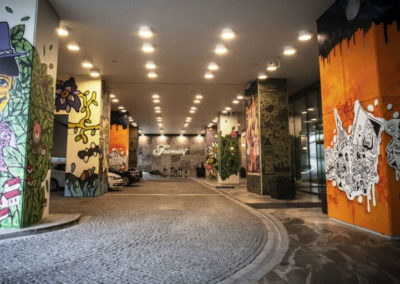 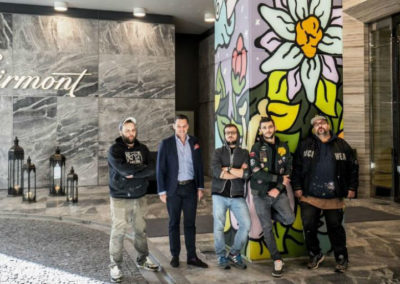 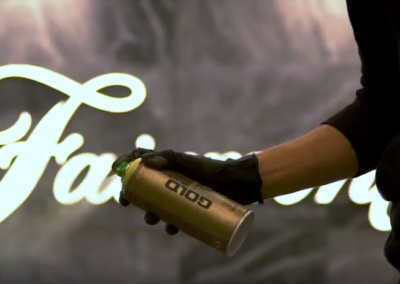 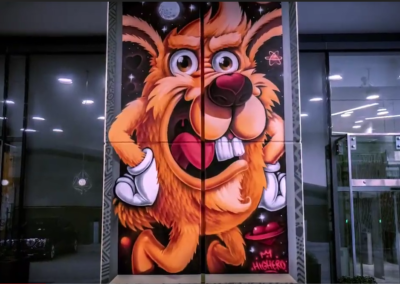 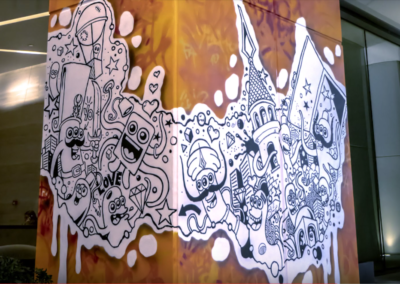 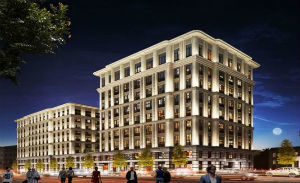 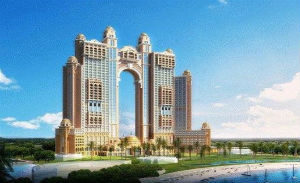 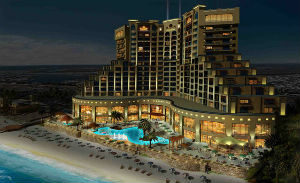 Fairmont Quasar Istanbul is channelling local street culture by inviting four urban artists to paint some stunning artworks on the large pillars that flank the entrance to the hotel. Not only does this give guests a glimpse into this important part of Turkish street culture, but it also helps to support the local artists. We find out more.

Street art is increasingly becoming popular all over the world, forming a concrete part of a city’s artistic and creative culture.

Istanbul has no shortage of amazing street artists operating within the urban realm, and now guests of the Fairmont Quasar Istanbul can experience and appreciate the talent of these artists without even having to leave their hotel.

Along the entrance driveway to the Fairmont Quasar, four local artists have brought the streets of Istanbul to travelers from all over the world, with some stunning murals and artworks painted on the large concrete columns that line the driveway.

Four local artists were chosen to paint their artwork, which was designed and created specifically for this space and for the hotel, and turn the hotel entrance into an open air art gallery.

The artwork by Cins is named “Gift”, and was inspired by the Maiden Tower, which is located on a tiny island in the middle of the Bosphorus and is has a mythical legend attached to it.

The story goes that a king built the tower for his daughter to protect her from a snakebite, but a snake crept onto the island in a fruit basket and killed the girl with its venom.

Turbo used the skyline of Istanbul as the inspiration for his work, which evokes the layers of history the city is famous for.

Highero has painted his signature “high rabbit” character on the hotel entrance, an unmistakable symbol that is uniquely his.

Finally, Nuka brings the iconic doorways of Istanbul to the hotel through his artwork, which are a metaphor for the gateway to local experiences.

The hotel was voted the Best City Hotel of Europe by the International Hotel awards in 2018-2019, and with this new intervention, continues to push the boundaries of what visitors expect from their hotel stays in Turkey’s cultural capital.

Check out this video on the making of this hotel street art project:

Let’s take a look at a few other projects currently underway by Fairmont: