Although Marriott has been strongly impacted by the crisis, the company is weathering the storm. (Picture: Marriott)

With its share price crashing to around 50% of its previous value and many new hotel projects halted, Marriott International is experiencing the full force of the COVID-19 crisis.

Like its competitors, Marriott has been hit hard by the COVID-19 crisis.

We give a comprehensive overview on how the company has fared so far and how the crisis has impacted its project pipeline.

Marriott is constantly growing its portfolio of brands and hotels around the world. As of April 30, the group has 986 hotels in the pipeline, even as the COVID-19 crisis is keeping travel to a minimum worldwide. 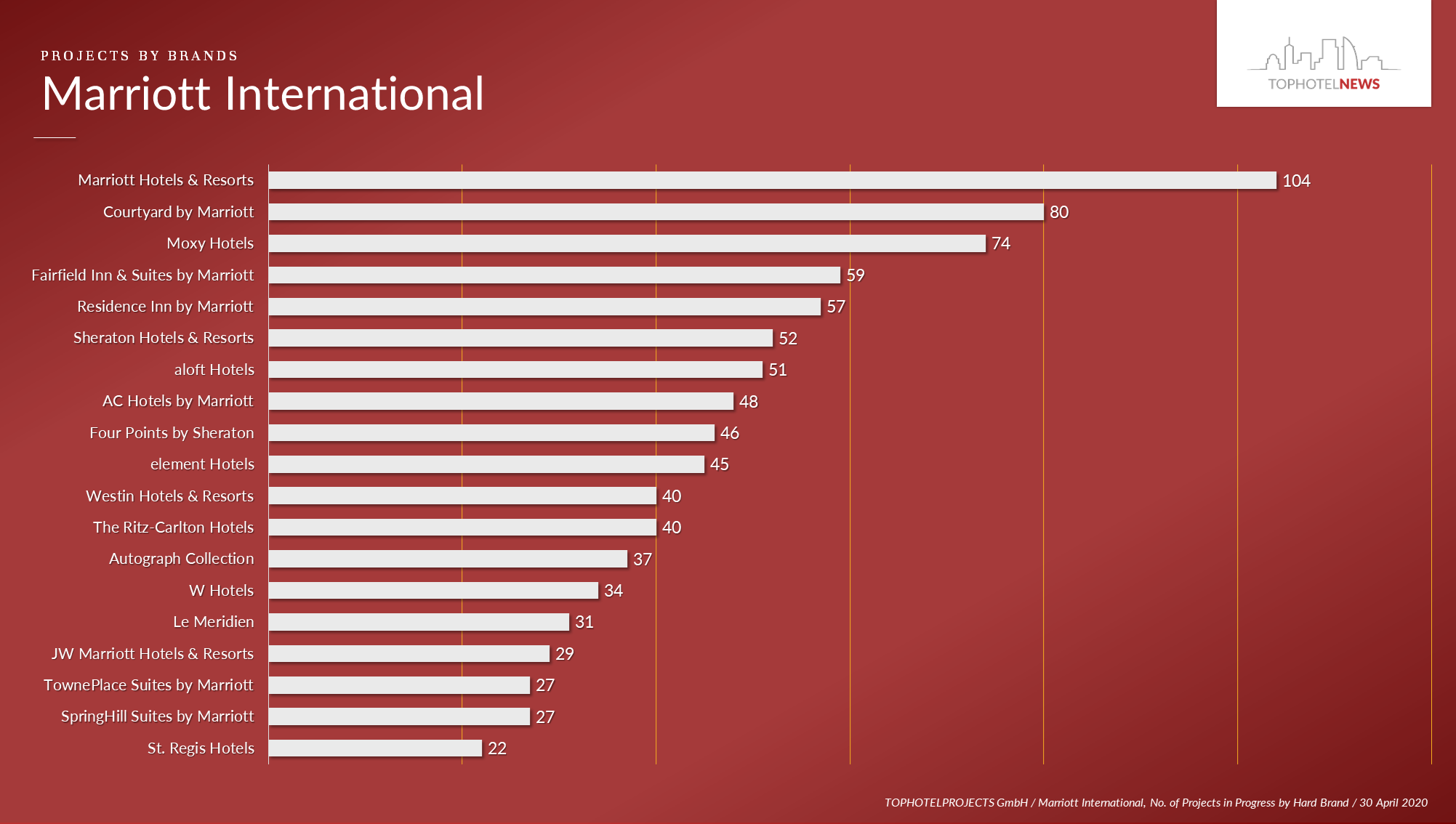 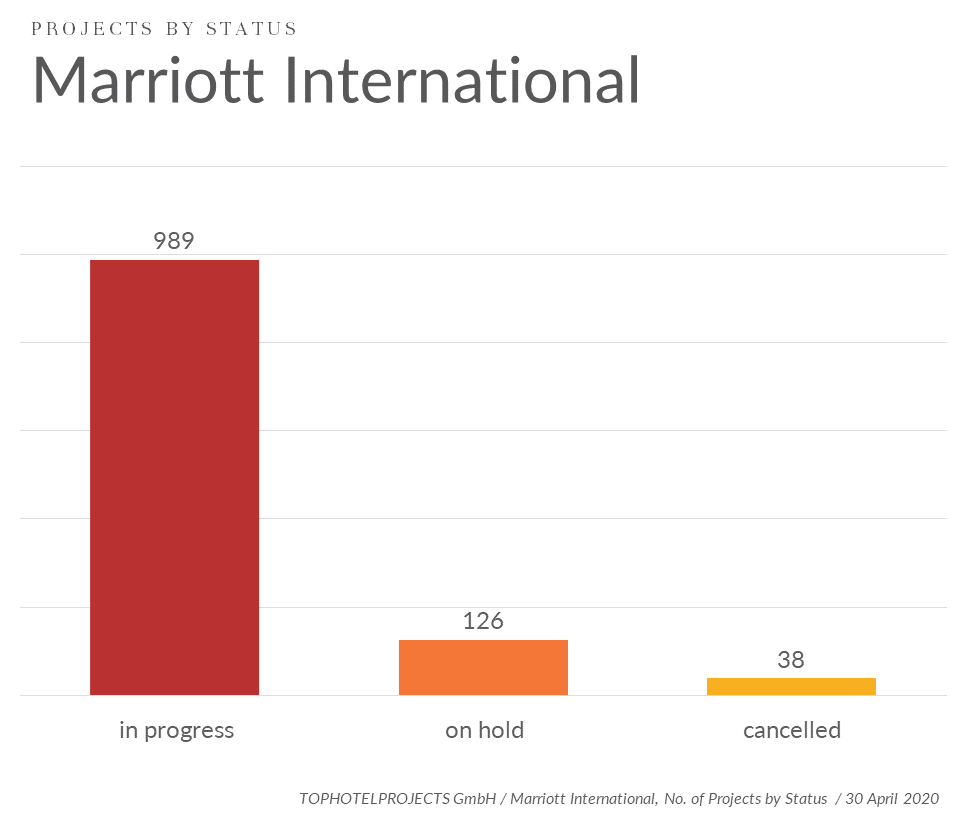 It is worth noting that 126 projects have been put on hold and 38 have been cancelled. As things unfold further, more projects may share this fate.

Arne M. Sorenson, CEO Marriott International, was quoted saying: “The company will likely sign and open fewer hotels than anticipated at the beginning of the year, but development will not halt entirely.”

However, one must take into account that the current situation is unprecedented and all such predictions must be heard with caution. In an interview with CNBC Sorenson said that the coronavirus has had a stronger impact on Marriott International’s business than 9/11 and the financial crisis combined.

This means more projects which are in the initial stages of development may be put on hold or be cancelled altogether.

This development reflects the standstill travel came to around the world as well as the uplift in demand in places like China where lockdowns have been eased and people can travel again.

Marriott through the course of COVID-19

In the Fourth Quarter 2019 report, published on February 26, Marriott International stuck to its best-case outlook for 2020, predicting a 5-5.25% net room growth. On March 12, the company announced plans to spend $700-800 million on new investments, $300 million of which would be dedicated to new developments.

Only six days later, in the first update on the COVID-19 situation on March 18, this investment spending plan was reviewed for the first time. One-third of the previously planned investments were now eliminated or postponed. Marriott also withdrew all aspects of its outlook and assumptions for 2020 provided in a press release on February 26, 2020.

One month after this announcement, on April 14, Marriott declared it expected to eliminate or defer around 40% of its yearly investment spending forecast compared to the expected reduction of at least one third.

Additional reductions are likely as Marriott spokespersons mentioned the plan could be re-evaluated if necessary. This goes particularly for funding obligations related to new unit openings which may be delayed until 2021.