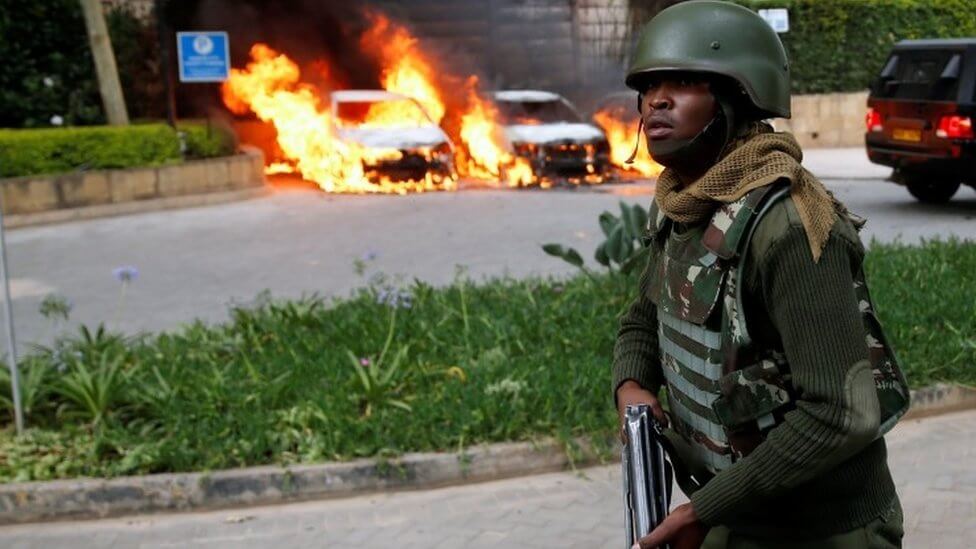 Five terrorists involved in a deadly attack on the luxury DusitD2 hotel in the Kenyan capital have been “eliminated,” Kenyan President Uhuru Kenyatta said.

The suspected terrorists from Somalia-based militant outfit al-Shabab stormed the upscale hotel compound in the Westlands district of Nairobi on Tuesday afternoon, with at least 21 deaths reported so far.

However, the Kenyan Red Cross has reported that some 50 people still remain unaccounted for.

Officials said 30 injured are currently receiving treatments in hospital, while a total of 700 people were safely evacuated from the premises — 100 of which took place on Wednesday morning.

End of the siege

Addressing the nation, the Kenyan President announced the end of the 19-hour siege on the complex, which houses the luxury DusitD2 hotel.

Two other people believed to be linked to the attack have been arrested, Kenyatta said, adding: “Every person that was involved in the funding, planning and execution of this heinous act will be relentlessly pursued.”

Known victims so far include a US citizen, a dual British-South African national and three Kenyans.

The five-star DusitD2 hotel has 101 rooms. It is located in Nairobi’s upmarket Westlands suburb, minutes from the business district, and has its own spa and several restaurants.