The TOPHOTELPROJECTS construction database shows that Europe’s largest economy has a hugely impressive development slate, with Hamburg leading the way.

In the coming years, 360 new hotels with 56,565 rooms will open their doors across Germany, according to our research team. We take a closer look at the country’s key growth centres and the most exciting upcoming launches.

A steady stream of new openings

The last month of 2021 is certainly set to be a busy one, with 40 openings due to bring 4,943 rooms into play before the year ends.

Of Germany’s 360 new properties, the vast majority (308) will be in the four-star segment, leaving relatively few (52) in the luxury category.

The northern port city of Hamburg will see 28 projects with 5,740 rooms completed soon, making it the most active urban market overall. By way of comparison, the capital Berlin has 24 hotels with 5,752 keys on the cards, and Frankfurt – also known as Mainhattan thanks to its skyscrapers near the River Main – has 18 schemes with 5,516 rooms.

In southern Germany, 17 schemes with 3,352 keys have been earmarked for the economic hub of Munich. Finally, Cologne, known for its Dom and lively carnival season, will introduce eight more properties with 1,498 rooms.

IntercityHotel, a brand appreciated for its budget-friendly accommodation usually located near major train stations, is Germany’s fastest growing hotel chain – no fewer than ten properties and 2,114 rooms are on the way.

Hampton by Hilton, one of Hilton Worldwide’s more value-focused brands, will also open ten new properties, but with a total key count of only 1,559. Lastly, trendy budget brand Dormero will add eight hotels and 735 rooms to its portfolio.

Let’s start our roundup of Germany’s top hospitality projects down in Bavaria, and specifically the soon-to-reopen Hotel Königshof in Munich. A true Munich institution, the hotel’s old building was demolished a few years back to make room for a more modern, design-led structure created by Nieto Sobejano. In late 2022, this centrally located property will return, offering 105 ultra-modern, luxurious rooms.

Further to the west, Radisson Blu Hotel at Porsche Design Tower Stuttgart will launch by mid-2023. The 168-room hotel should be perfect for business travellers since it boasts superb transport connections in one of Stuttgart’s key business districts, near the global headquarters of Bosch, Porsche and Mahle.

Lastly, Germany’s banking capital will welcome the launch of Kimpton Four Frankfurt in late 2023. This 155-room hotel will share a wing with a new Hyatt House property at the centrally located Junghofstrasse in the downtown area. From here, guests will be able to easily reach a variety of major banks as well as the city’s popular museums, shopping districts and theatres. 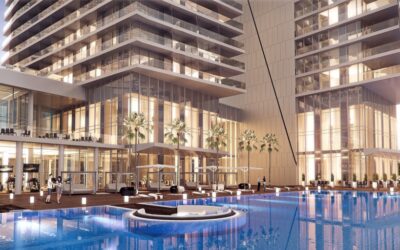 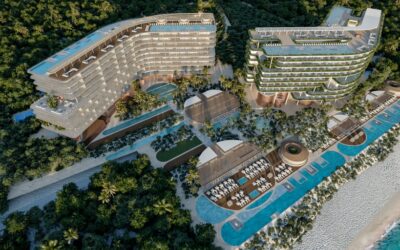