The TOPHOTELPROJECTS construction database reveals that a host of exciting schemes will come to fruition across the City of Angels over the coming years.

As many as 50 hotel projects have been identified by our researchers, which together account for 10,570 new rooms.

LA is set to welcome an influx of new hospitality experiences in the near future, with nine hotel projects and 2,367 rooms expected to complete in 2022, and another nine hotels with 1,643 rooms on track to open in 2023. According to TOPHOTELPROJECTS data, this will be followed in 2024 with another five hotels and 1,013 rooms, and an impressive 27 projects and 5,547 rooms in 2025 and beyond.

Of these developments, 35 are expected to have four-star status and 15 will offer five-star hospitality. New properties can be expected from an array of international brands, moreover, including Mondrian, CitizenM and Park Hyatt. 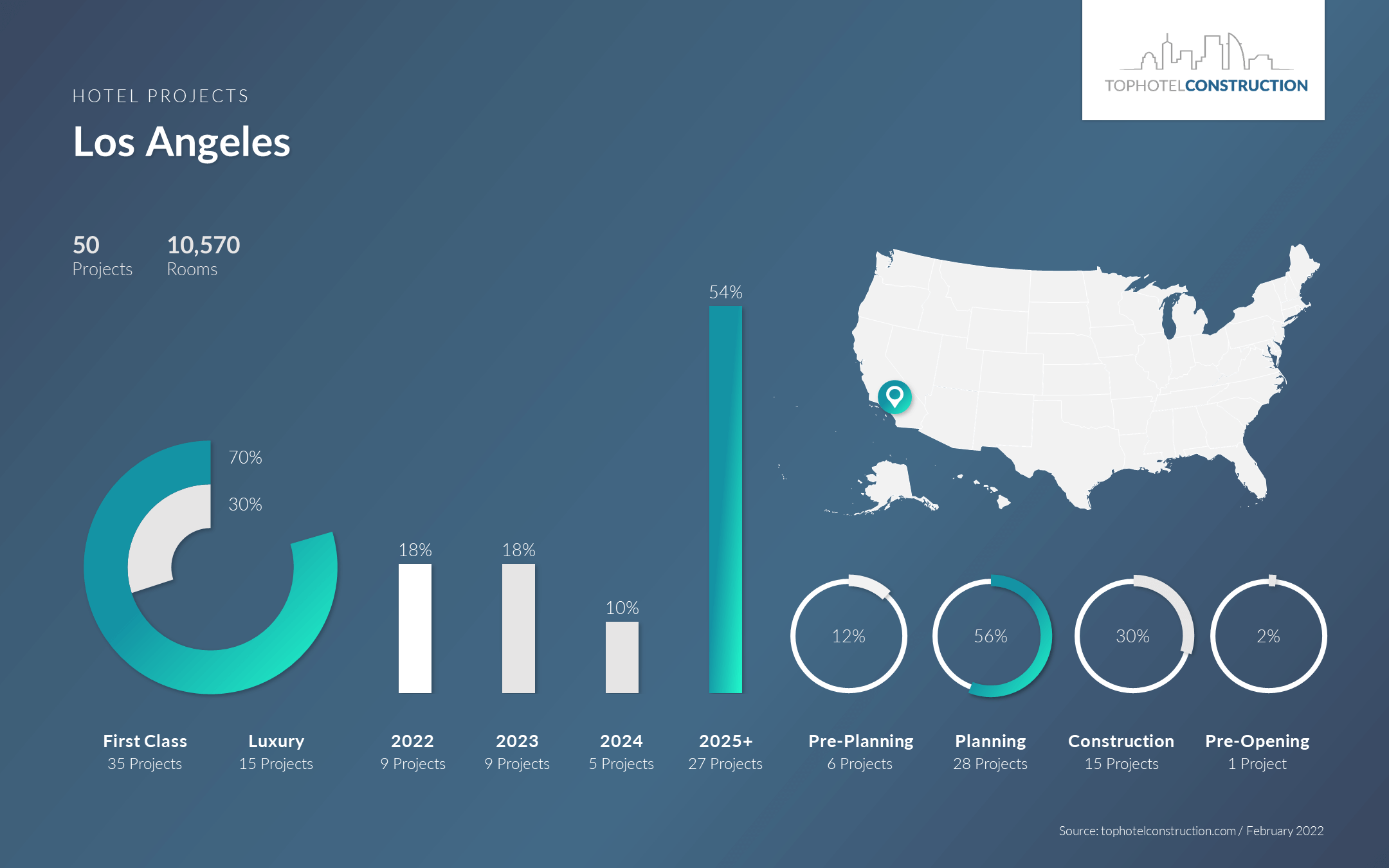 Unmissable highlights among these many projects include Hollywood Unbound Collection and Whisky Hotel, both of which are expected to open in Q3 2022.

Hollywood Unbound Collection is now under construction near the Hollywood Palladium theatre, Sunset Boulevard and Hollywood Walk of Fame. The result of a franchise agreement between Hyatt Hotels Corporation and PNK Group, a subsidiary of S3D Partner, the Interstate Hotels & Resorts-managed hotel is being designed by Nklosures.

Reflecting its place in The Unbound Collection by Hyatt, this 64-key property promises to offer memorable experiences that draw on the location for inspiration. The hotel’s rooms and suites will be joined by a variety of dining experiences, including a ground-level restaurant, street-front lounge and rooftop pool deck and lounge.

The 132-key, seven-storey Whisky Hotel owned by restaurateur and real estate investor Adolfo Suaya, meanwhile, will accommodate guests in the heart of Hollywood on the crossroads of Hollywood Boulevard and Wilcox Avenue. Featuring architectural design by CK-Architecture and Roschen Van Cleve Architects, it’ll incorporate a whisky-themed lobby bar and restaurant, as well as a rooftop lounge and bar.

Whisky is to remain a constant theme throughout, with noteworthy features including whisky-filled minibars and a whisky fountain. The hotel also plans to provide guests with a complimentary dram when they check in, while whisky sommeliers will be on hand to advise guests on their spirits selection. 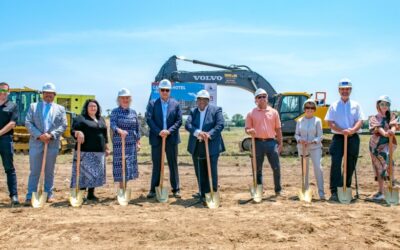