A trailblazing eco-friendly property is one of 29 hotel schemes currently being earmarked for the City of Light, according to the TOPHOTELPROJECTS construction database.

Our research indicates that Paris will welcome 29 new hotel projects with a combined total of 5,237 rooms in the coming years, including a spectacular 1 Hotels-branded development.

The French capital’s longstanding love of luxury certainly shows no signs of fading anytime soon if our data is anything to go by, as we’re tracking no fewer than 17 five-star properties and 3,321 rooms that are expected to complete in the years ahead. There are also 12 hotels targeting the four-star category, which collectively boast 1,916 keys.

Paris also appears to have a very frontloaded pipeline overall – 14 projects with 1,666 rooms are due to be ready this year alone. Things will quieten down considerably after that, however, as the numbers are comparatively modest for 2023 (four schemes, 1,081 keys) and 2024 (six properties, 937 rooms). A further five hotels and 1,553 keys have been mooted for 2025 and beyond. 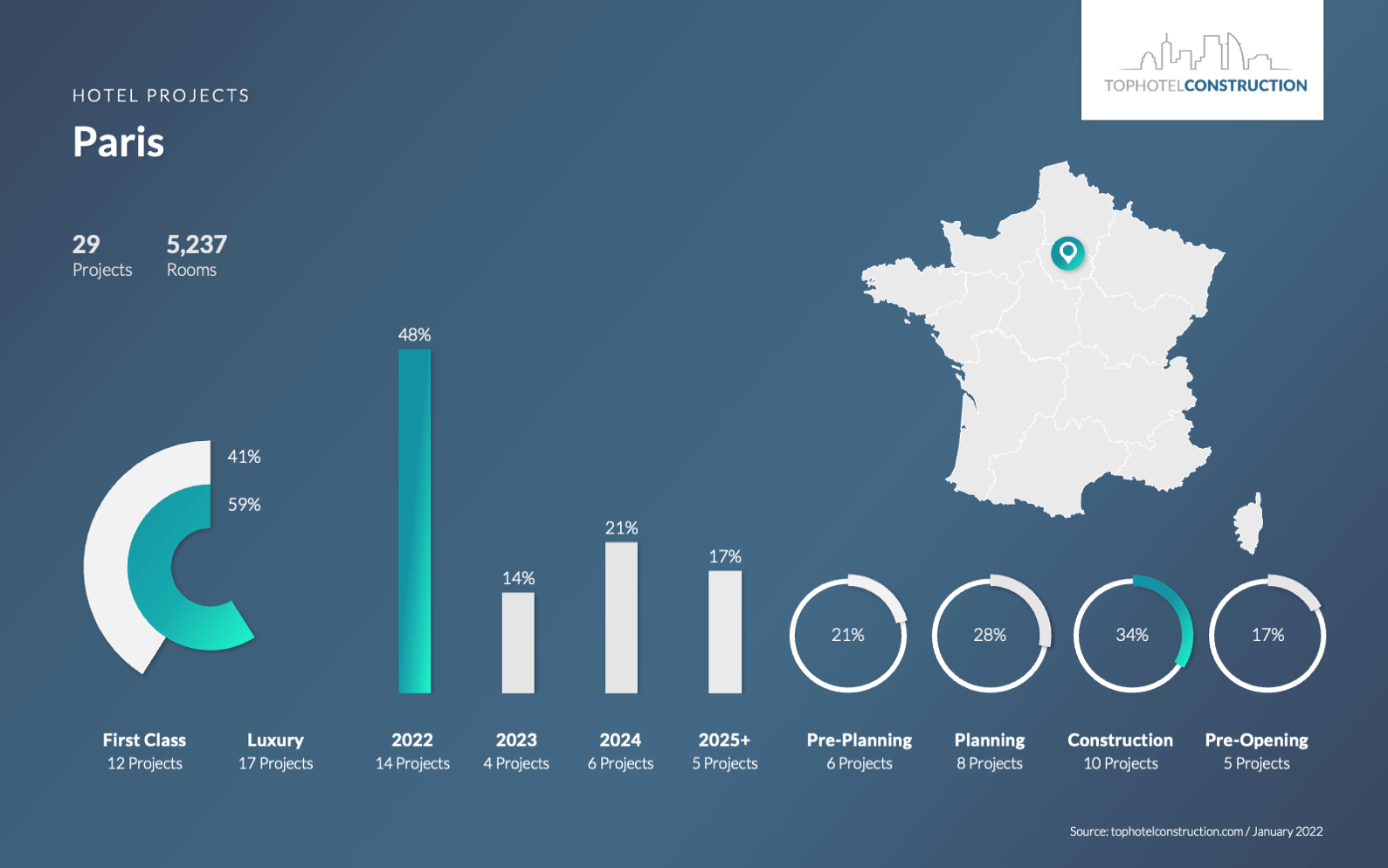 The most visually striking scheme on the city’s development slate is undoubtedly 1 Hotel Paris, a proposed newbuild whose eye-catching form calls to mind the shapes created by erosion and will allow natural light to filter through to ground level. Made from unusual construction materials like wood and bronze, it’s being designed by architects Kengo Kuma and Associates and Marchi Architects, while Horticulture & Jardins is attached as the project’s landscape designer. Envisaged as a green lung for the Paris Rive Gauche district, 1 Hotels’ latest outpost will feature 140 keys, a restaurant, a gym, coworking space and multiple outdoor terraces when it opens next to Bibliothèque François Mitterrand on Avenue de France in Q2 2023.

While we’re on the subject of distinctive developments, incidentally, it’d be remiss of us not to mention Tours Duo Paris MGallery in the ZAC Paris Rive Gauche district of the 13th arrondissement. Part of a mixed-use scheme encompassing two leaning 27- and 39-floor towers, the hotel will feature 139 rooms and suites, as well as a restaurant and a bar with terrace, providing sweeping views across the city. Due to open in March 2022, it’s being brought to life by the inimitable Philippe Starck. 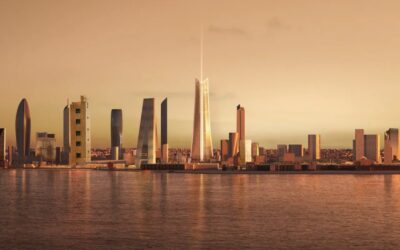 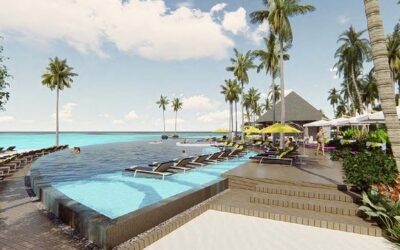 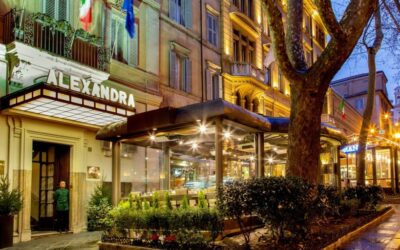 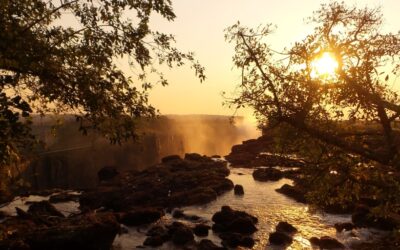 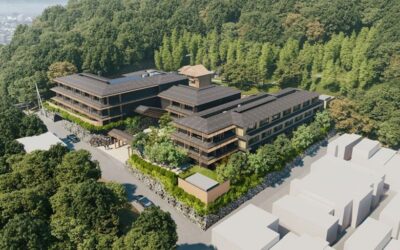 IN THIS ARTICLE
Europe | France | Paris