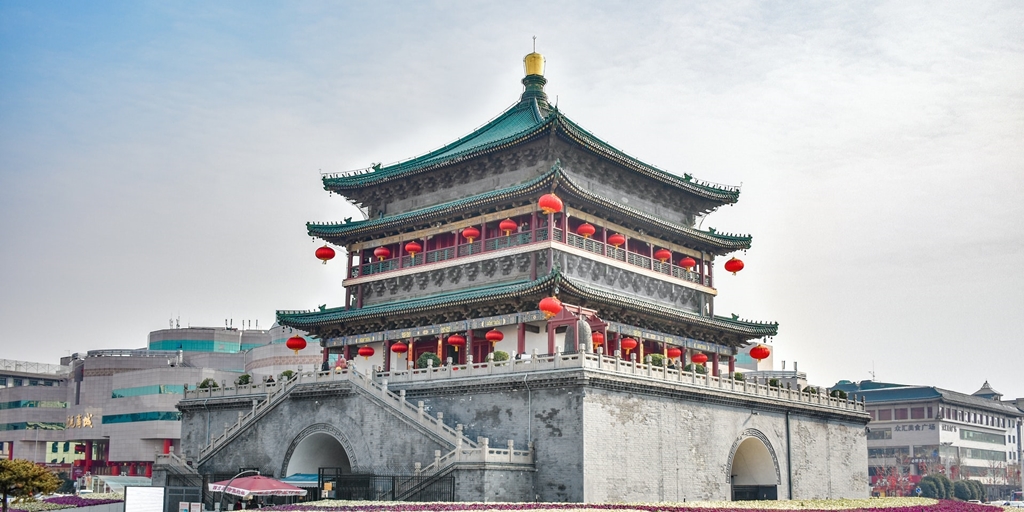 The capital of the Shaanxi Province in central China, Xi’an, is set to welcome 8,256 new rooms to its hotel accommodation offering.

According to the TOPHOTELPROJECTS construction database, as many as 24 of these pipeline properties will fall into the five-star category.

An influx of branded properties

A number of international hotel brands are heightening their presence here at this time, with Sheraton Hotels & Resorts making a particular impression as the brand works towards opening four hotels encompassing 988 rooms in the city. 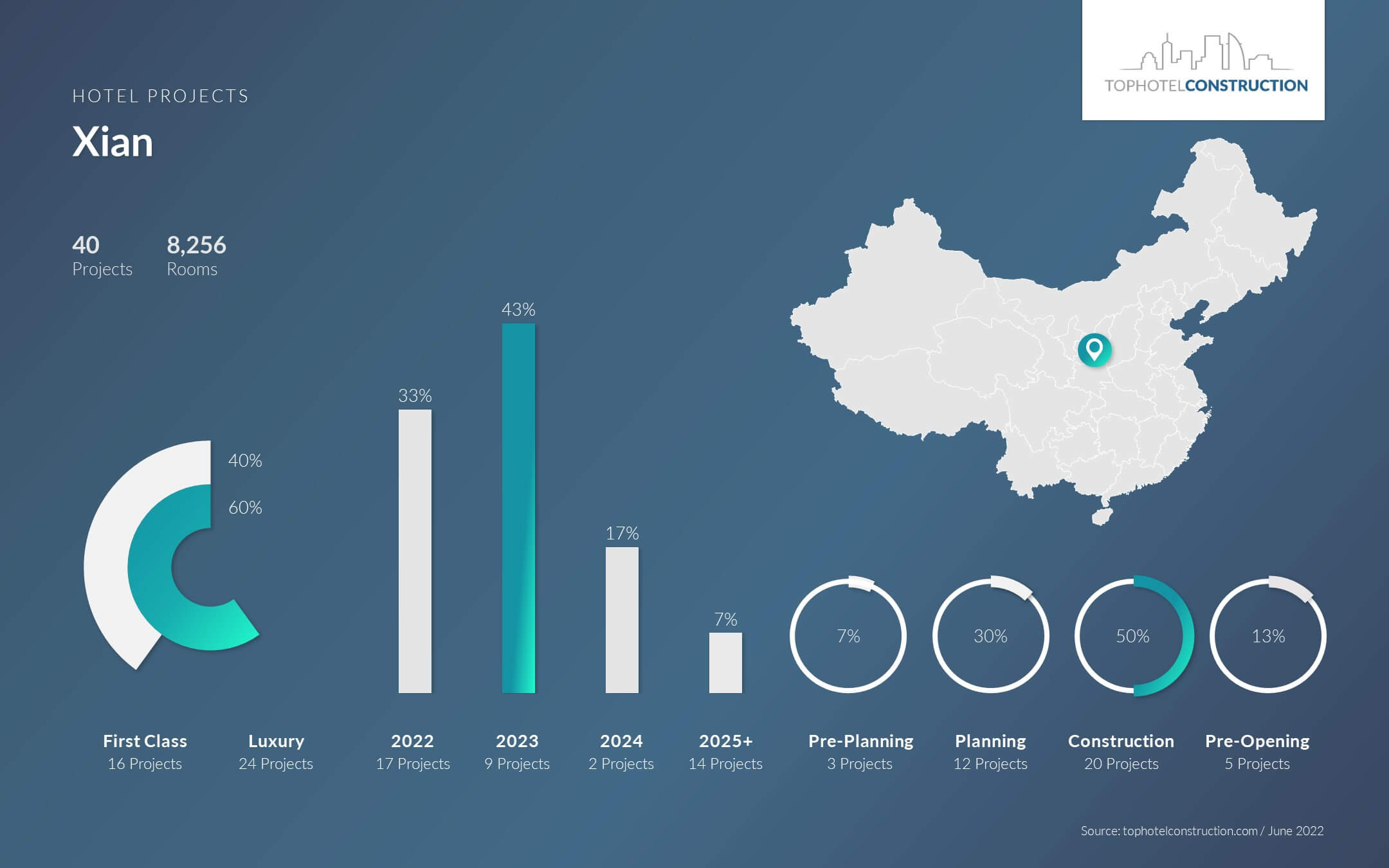 Highlights of this impressive development pipeline include the landmark JW Marriott Hotel Xi’an, which is expected to open with 332 rooms in early 2023 in Xi’an International Financial Centre, and the 60-key Banyan Tree Xi’an Meibei Lake, which is scheduled to open late 2023 as a part of the picturesque Meibei Lake resort.

The mid 2023 opening, 200-room Conrad Hotel Xi’an is set to become a part of the Yunsong Project in the city’s Qujiang District and the 200-key Indigo Xi’an Chanba Tengxun is set to open early 2023 in a significant development also home to a social park.

The luxurious 200-room Four Seasons Hotel Xi’an is then expected to open mid 2024 in the city’s Gaoxin Muzhai District.

IN THIS ARTICLE
Asia Pacific | China