The TOPHOTELPROJECTS construction database gives insight into 52 developments under the four-star Four Points by Sheraton brand.

As many as 11,282 new rooms are set to join the brand’s portfolio, with a particular focus on driving growth in Asia.

China stands out for having the most Four Points by Sheraton developments with 24 of the brand’s hotels on the horizon. Both India and Canada are set to welcome three of the brand’s new properties. 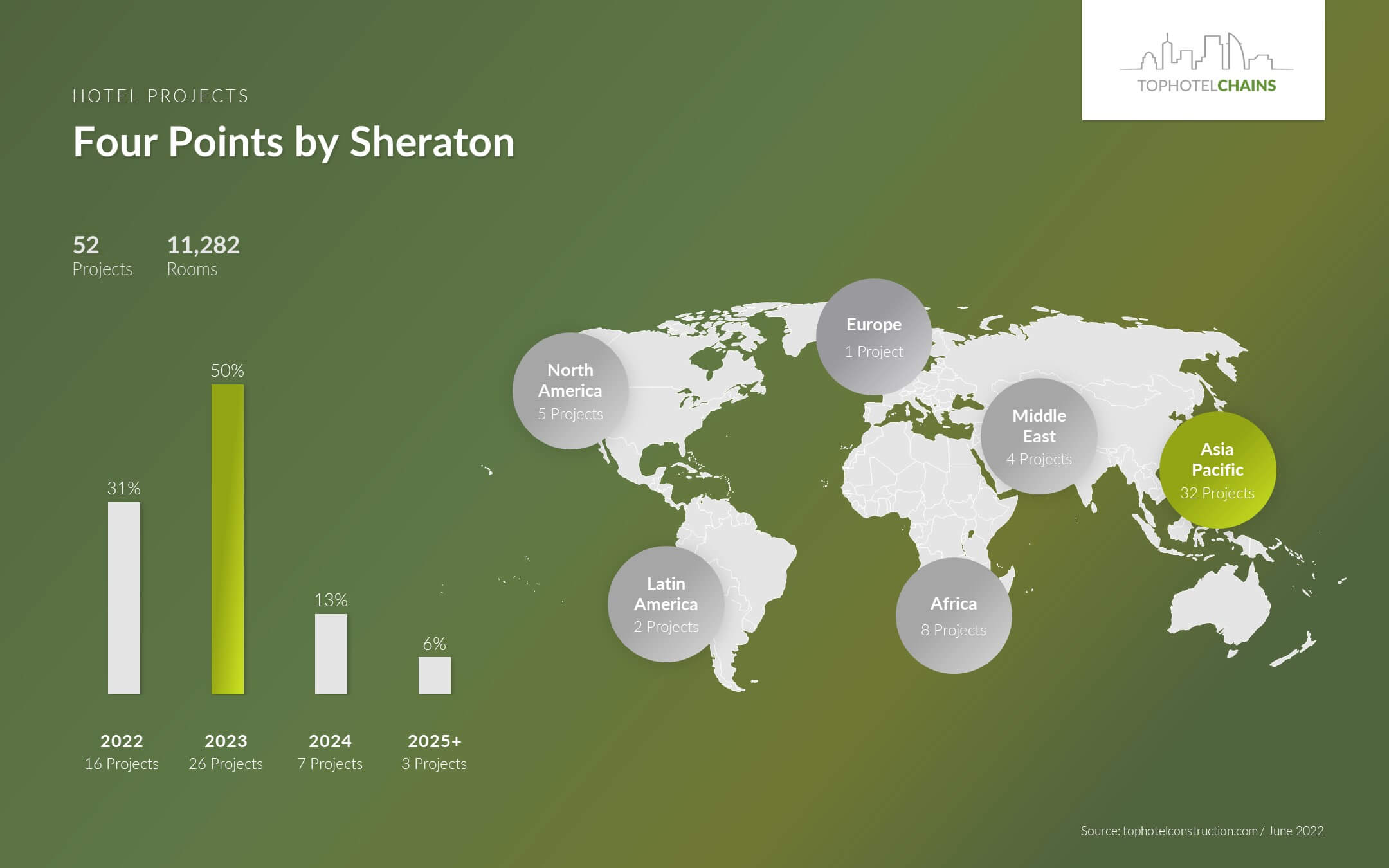 The 308-room Four Points by Sheraton Bintan, Lagoi Bay will place guests on the beachfront within the Lagoi Bai mixed-use development. Facilities here are to include a spa, fitness centre and pool, as well as a business centre and 800 sq m of function space. As a part of its dining and drinking concept, the resort will offer the brand’s Best Brews programme highlighting local draft beers.

The 304-key Four Points by Sheraton Jiayuguan is then set to welcome business and leisure travellers coming to a burgeoning industrial hub that’s also close to a number of historic sites. The hotel will come with facilities including restaurants, fitness space, meeting space and a ballroom for events.

Four Points by Sheraton Langley is then taking shape in a dual-branded development also housing a Residence Inn by Marriott property. The two buildings housing these two separate hotels will be joined by a shared space with facilities including the lobby, a restaurant and lounge, a pool and fitness centre, 24-hour shop, business centre and 8,000 sq ft of event space.