Dozens of hotel schemes associated with Accor’s prolific midscale brand are currently being tracked within the TOPHOTELPROJECTS construction database.

Mercure’s rapid global expansion – with a particular focus on Europe – will add 7,063 rooms to its portfolio over the next few years.

Mercure will heighten its global presence over the coming years with 24 new properties on the horizon in Europe (amounting to 3,370 new rooms), and 12 hotels with 2,196 rooms between them in APAC. In addition, Accor’s midscale brand is set to welcome five properties and 872 rooms in Africa, four hotels with a total of 495 rooms in Latin America, and one hotel with 130 rooms in the Middle East. 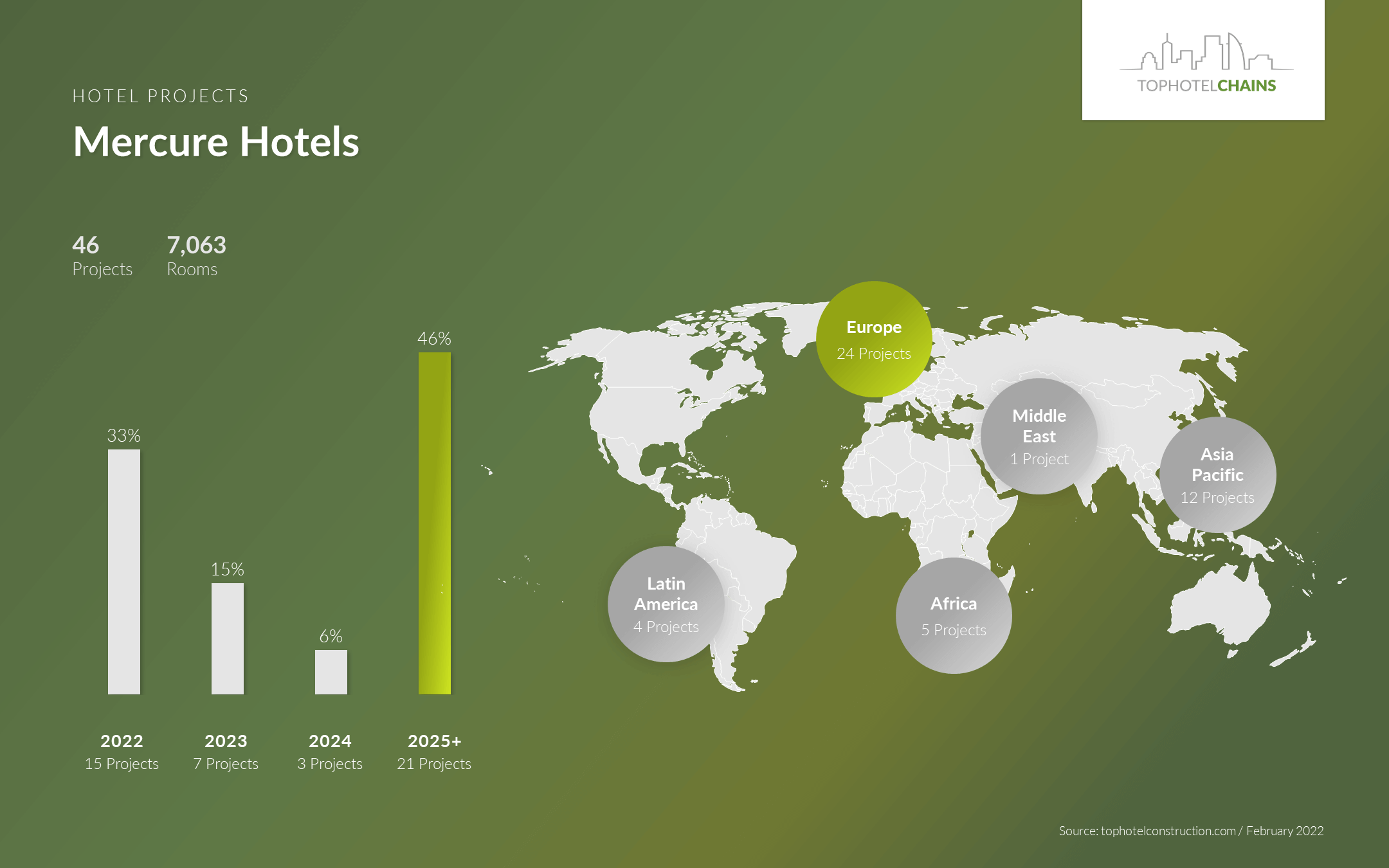 Of these projects, Mercure Kuala Lumpur Trion stands out from the crowd thanks to its bold vision. Expected to open in late 2023, it’ll form part of Binastra Land’s impressive mixed-used development at Jalan Sungai Besi in the thriving Malaysian capital.

Featuring architecture by Archimatrix and interiors courtesy of Acasys Group, this under-construction newbuild will have around 240 keys and rise 56 storeys high.

The Trion mixed-use development is located next to the Southgate commercial centre and opposite the old Sungai Besi Royal Malaysian Air Force Base, now known as the Bandar Malaysia development. Altogether, the ambitious scheme spans four acres.

Mercure is the only midscale hotel brand that combines the strength of an international network with a strong quality commitment and the warm experience of hotels that are rooted in their local community.