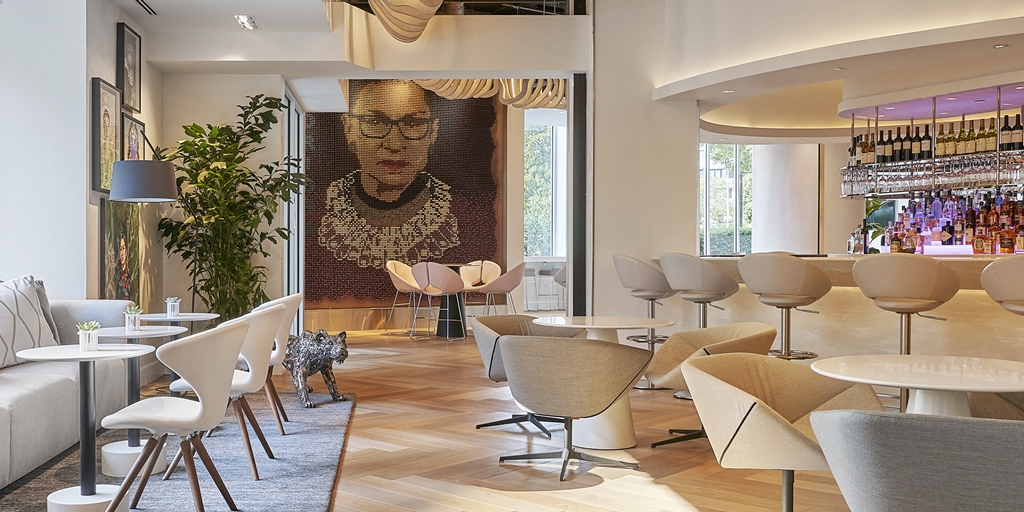 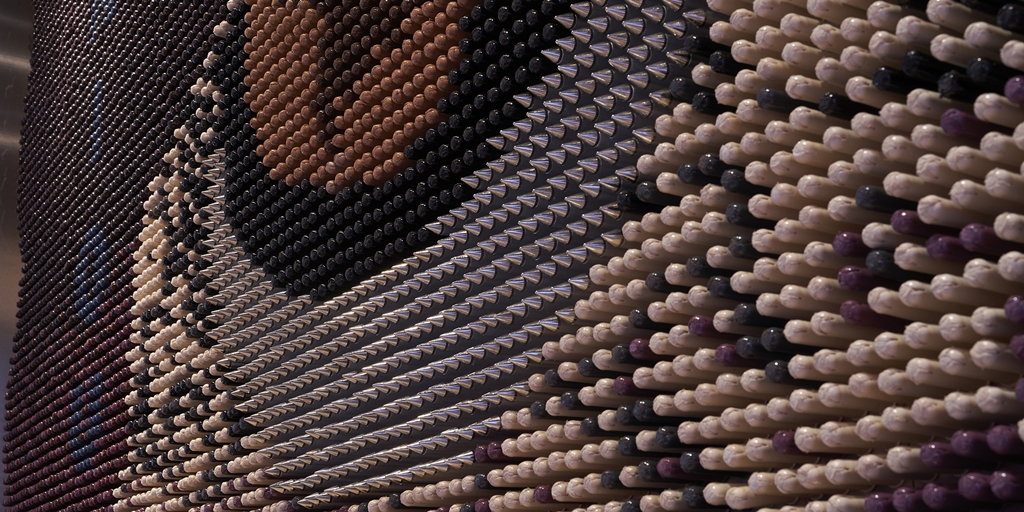 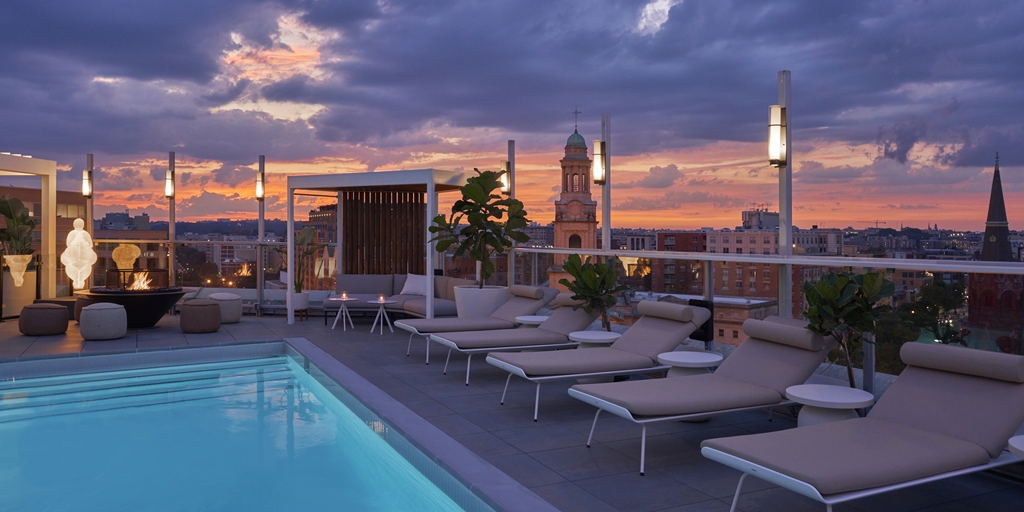 With exquisite timing in the Me Too era, this unforgettable new cultural hub champions female empowerment and those who work together to achieve equal rights between the sexes.

“We created a safe gathering space that celebrates diversity, respects different points of view, and opens the floor to topics worthy of meaningful conversation,” said Jon Bortz, CEO of Pebblebrook Hotel Trust, which owns the hotel. “We know we’re pushing boundaries and might even make some people uncomfortable – and we’re okay with that.”

Operated by Viceroy Hotels & Resorts, the 191-room property sits in the heart of Washington DC, a few minutes walk from the trendy Logan Circle neighbourhood. Inside, Dawson Design Associates has created a sleek, modern and inviting interior in a simple palette, which sets the mood for the hotel’s extensive gallery-worthy art collection.

“It is a simple story, and long overdue,” said Andrea Sheehan, Dawson Design Associates’ founding principle and art director. “I have been working hand in hand with Jon Bortz and Pebblebrook Hotels over the past 20 years experimenting in creating powerful and interactive hotels, including Pebblebrook’s Unofficial Z Collection. This is our ‘Female Z’, and the first Z Hotel on the east coast.

“We wanted to make it a powerful statement. Given its strategic location and our society’s current state, it just made sense to us to take a public stand central to its creation. We both believe in the power that art can play in bringing people together.”

Created by a distinguished group of artists, the 60-strong collection of original art has been painted, photographed, sculpted and stitched by feminists of all genders with powerful stories to share. It includes a truly extraordinary portrait of Ginsburg, which takes centre-stage in the lobby. Conceived by Sheehan and produced by Julie Coyle Studios, the artwork uses 20,000 hand-painted and repurposed tampons donated by Cora, which supports Ginsburg’s message of female unity.

Elsewhere, a portrait gallery in the lobby displays artwork celebrating ten powerful women, such as Shirley Anita Chisholm – the first African-American woman elected to the US Congress and the first female Democrat to run for president – who have made significant contributions to the struggle for women’s rights and gender equality.

Meanwhile, numerous pieces by regional artists have been brought forward by local curator Jason Bowers. These include an eye-catching mural of female warriors by DC-based Cita Sadel, which adorns the hotel’s exterior.

Continuing the theme, the property’s 191 guest rooms feature a portrait of the Greek goddess Artemis, while the 3,500 sq ft of meeting and event spaces are crowned by the top-floor Belmont, a flexible 966 sq ft offering that pays tribute to Alva Belmond, a prominent socialist and major figure in the American women’s suffrage movement.

At the heart of the hotel, Figleaf is a social hub that serves up an approachable menu of locally sourced shared plates alongside a bold drinks menu, all carefully crafted by executive chef David Sears, who has embraced the modern wellness movement. Finally, opening in spring 2021, Hedy’s Rooftop will be a place to sip cocktails and nibble small bites against a backdrop of The District, or in one of the private cabanas painted by artist Rose Jaffe.

“Hotel Zena was created primarily by women, for people, both women and men. It is a hotel that offers a haven for all genders, races, and sexualities; where an atmosphere of strength and femininity live in harmony,” said Bill Walshe, CEO, Viceroy Hotels & Resorts. “As our second hotel to open in Washington DC this year, following the debut of Viceroy Washington DC, we are looking beyond the power and politics of the city to better position our nation’s capital as a hub for culture, unity, and empowerment.”