The newly opened Shangri-La Shougang Park, Beijing will accommodate travellers from around the world as one of the Official Hotels of the 2022 Beijing Winter Olympics.

Sunny Paw, Shangri-La Group chief operating officer, deputy CEO and executive vice president of operations in China, added: “Shangri-La Shougang Park, Beijing epitomises our brand’s fresh interpretation of our classic Asian hospitality, and represents the next chapter of our story. Through bold, innovative designs, we have developed a contemporary, stylish hotel experience inspired by the city’s magnificent steel heritage to create one of the most anticipated destinations for domestic and international guests. We are also excited about opening our doors on the eve of the 2022 Winter Olympics and celebrating this significant event in Beijing.”

Thanks to its location in Shougang Park, the property boasts views of Shijingshan Hill and Qunming Lake, and is situated alongside the Snowboard Big Air Venue for the 2022 Beijing Winter Olympics and Chang’an Mills.

The hotel takes over an old power plant, transforming it into a contemporary urban living environment with the help of a clever design concept by Lissoni Casal Ribeiro. Every space is designed to give the feeling of being immersed in nature, while artwork inspired by Shougang Park features throughout the property.

The first maintains the original framework of the building, but with a new glass façade and lobby featuring steel elements, including a red spiral staircase, evergreen plants and wooden patterns. The second, an extension of the main building, is set aside for banqueting and event space, a fitness centre and a children’s playground, Buds by Shangri-La. And the third houses the property’s 283 guestrooms and suites, including seven themed family suites, which are decorated in an Asian style with soft tones and minimalist lines.

The hotel has opened with its restaurants, banqueting facilities and some of its guestrooms complete. The remaining guestrooms, fitness centre, family suites and Buds will follow in phases throughout 2022. 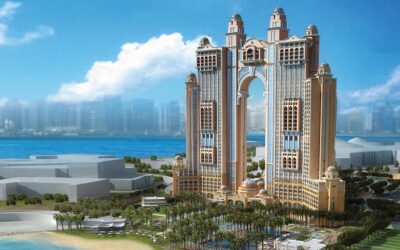