Region Overview: Over 500 new hotels to open in the Middle East [Infographic]

According to the TOPHOTELPROJECTS construction database, as many as 534 hotels are set to debut over the coming years across the Middle East.

Saudi Arabia, UAE and Israel stand out as the countries seeing the most hotel development across this region.

Altogether encompassing 148,555 new hotel rooms, the next few years are set to see 247 four-star and 287 five-star hotels open across the Middle East.

Saudi Arabia in particular is seeing significant growth to its hotel offering with an impressive 168 hotels on the horizon. The UAE has 136 new hotels in the pipeline and Israel is looking ahead to 52 hotel openings.

Across the region, Dubai stands out as the city with the most hotel development as it looks ahead to 87 hotel debuts. Riyadh has an expected 45 hotel openings and Doha follows closely behind with 40 new properties on the way. 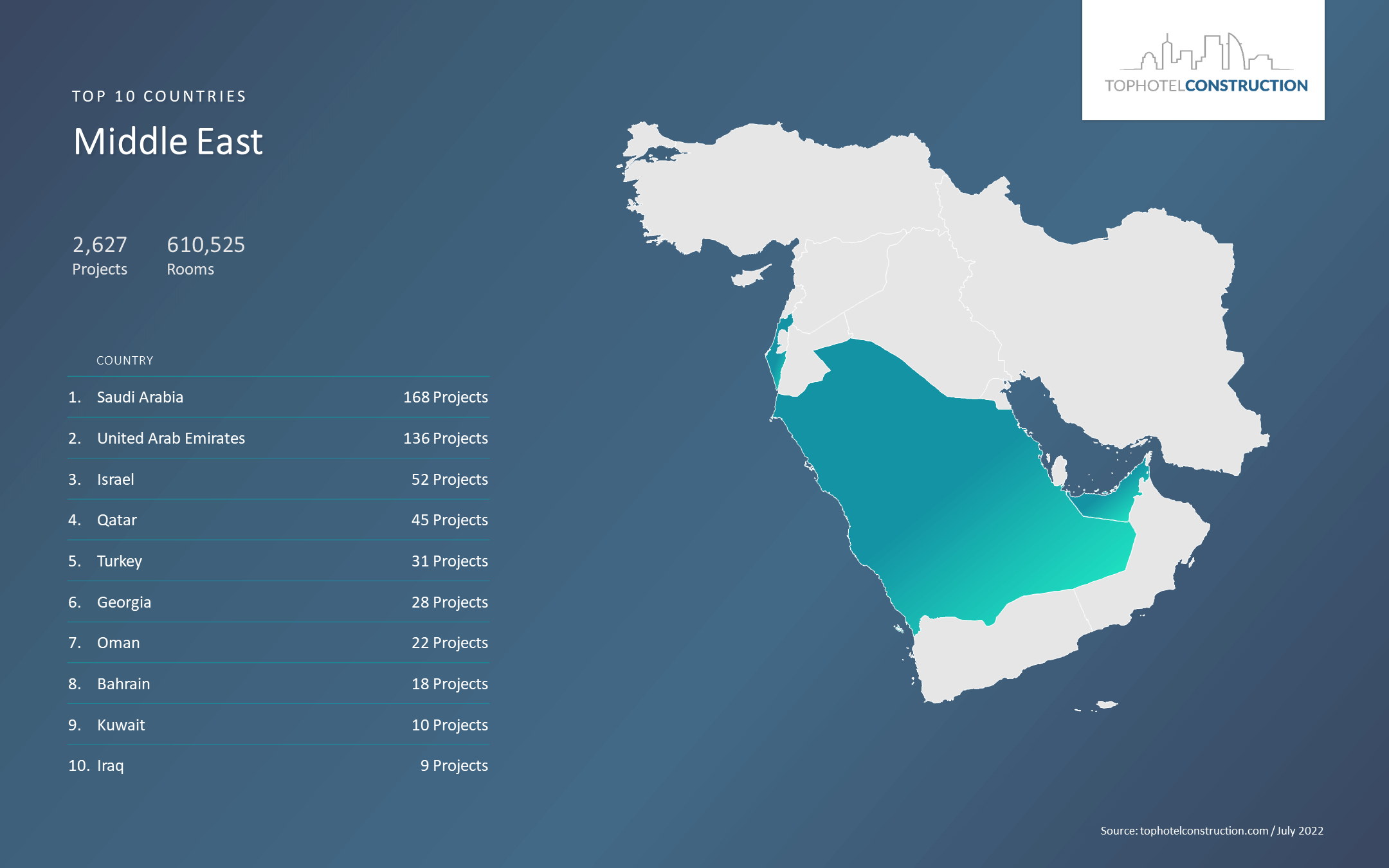 Notable properties in the pipeline across this region include the late 2022 opening Mandarin Oriental Muscat and the early 2023 opening SO/ Uptown Dubai.

The 150-key, new-build Mandarin Oriental Muscat is now under construction in a prime location on the beach.

Highlights of this luxury hotel will include luxurious rooms and suites, more than 150 branded residences, five restaurants and bars, a Spa at Mandarin Oriental, an outdoor pool and event space.

The 188-key, also new-build, SO/ Uptown Dubai will then stand out for its setting within a building inspired by the shape and light of a diamond and interiors reflecting the Accor brand’s glamorous fashion-led identity.

The overall development this hotel is to be a part of, Uptown Dubai, aims to become a 24-hour neighbourhood offering dining, retail and entertainment options. The hotel’s accommodation and five-star amenities will be joined by branded residences.