According to the TOPHOTELPROJECTS construction database, 528 new hotels are in the pipeline across Latin America, with Mexico forging well ahead of the region’s other countries.

In the coming years, 528 hotels with 130,422 rooms will open across Latin America, our research indicates. We find out more about these upcoming launches and which ones you should have on your watchlist.

We’re predicting that 2021 will be a busy year for the region, with 219 planned openings bringing 44,128 rooms into play. Some 44 of these properties are already in the pre-opening phase.

Of these 528 new hotels, 270 will be in the four-star segment. The remaining 258 hotels are targeting the five-star market.

Mexico will see by far the highest number of new openings, with 133 upcoming launches and 32,233 new rooms. Given that roughly 25% of Latin America’s new properties will open in the country, it’s hardly a surprise that three of the top five urban growth centres are here as well; Tulum and Mexico City top this list because they’ll each see 13 hotels open, with 2,948 and 2,082 keys respectively, and Cancún follows with 11 hotels and 4,893 keys.

Following Mexico on our leaderboard is Brazil with 72 hotels and 15,723 keys having been mooted. São Paulo will see the most action with 13 properties and 2,355 rooms being brought forward for development.

A further 42 projects and 4,174 rooms are progressing in Argentina, while Colombia can boast 39 schemes with 6,712 keys. Finally, the Dominican Republic will get 30 new hotels with 20,429 keys, an impressive room count that can be attributed largely to the presence of several huge projects in Punta Cana; here, 12 properties will bring a whopping 14,974 rooms into existence.

Set to open in late 2021, the new Four Seasons El Tamarindo will offer 155 luxury rooms and Four Seasons Private Residences on Mexico’s Costalegre. The property will feature a ballroom, meeting and boardroom spaces, a business centre, a vast pool landscape and a spa, while the numerous onsite F&B venues will serve up a variety of cuisines and drinks. Guests will have stunning ocean views from everywhere in the resort, as well as from the neighbouring championship golf course.

Also in Mexico, The St Regis Los Cabos will open in late 2022, part of an exclusive residential community that’ll offer a private beach club, a village centre, nature reserves, and over 20 miles of scenic walking and biking trails. The hotel will include 120 guestrooms, all featuring ocean views and the brand’s legendary St Regis Butler Service. Three signature dining outlets, several pools, a spa and wellness centre, and ample meeting space will complete the offering.

Over in Brazil, meanwhile, Hilton Garden Inn São Jose do Rio Preto will launch in Q3 2022. This 134-room hotel will be part of Georgina Business Park, a new hub that brings together high-tech life and nature preservation in the country’s largest city. Set in downtown São Paulo, the site of the proposed hotel is handily only 15 minutes away from the airport. 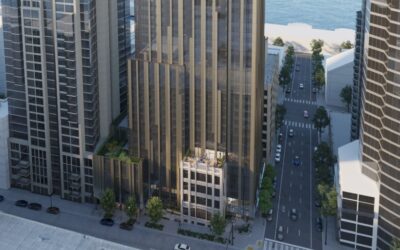 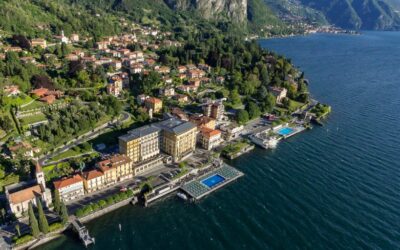 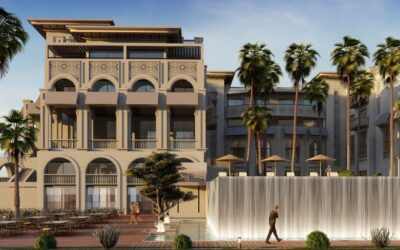