Radisson Hotel Group has revealed which African markets it intends to focus on as the hotel giant announced two key appointments to help accelerate its expansion on the continent.

Already one of the largest hotel groups in Africa with nearly 100 properties in operation and under development, Radisson Hotel Group is looking to grow this footprint to more than 150 hotels by 2025, and the business has just announced two high-profile appointments to help realise its ambitions. We find out more about what’s happening.

Working out of Dubai, Ramsay Rankoussi has been a part of Radisson’s team for the past six years, but has now been named the company’s new head of development for Africa. At the same time, Daniel Trappler has been made senior director, development for sub-Sahara; an expert in hotel transactions and capital markets in Africa, his extensive knowledge of the region and access to a network of financial institutions should help with future deal structuring and hotel openings.

Rankoussi said: “This is a tremendous opportunity to further accelerate our growth in Africa and I am pleased to be surrounded by the best team. We have ensured a geographical alignment in our resources and optimised our response time with deal experts in every market we cover.

“The addition of Daniel to the team unlocks a new horizon where Radisson Hotel Group will be able to further assist our partners in debt and equity raising, but we will also leverage our complete skillset in addressing cross-regional synergies from financial to construction solutions to ensure we always remain relevant to our owners.”

Did you know that currently Radisson has 240 hotel projects in the pipeline? Get your free copy of our latest report for more details.

Radisson added that the group aims to “focus on key countries and surrounding markets, including Morocco, Egypt, Nigeria and South Africa”. Its goal is to create a synergy between neighbouring countries and build value for its hotels, both in terms of operations and development.

The group added that the targeted territories where it’s looking to grow its presence include the Maghreb; West Africa with Senegal and Ivory Coast; Central Africa with Cameroon and the Democratic Republic of Congo; East Africa with Ethiopia, Kenya and Tanzania; and specific countries within the Southern African Development Community such as Angola, Mauritius, Mozambique and Zambia.

Elie Younes, chief development officer for the group, said: “Africa has always been at the forefront of our growth journey and we have recently adopted a new tailored strategy across the continent, reflecting the needs of the market and also underlining our ambitions to accelerate our presence in all key cities.

“I am very pleased with Ramsay’s new role overseeing our development in Africa. Over the last six years, Ramsay has proven to be a key asset to our development team, and with the appointment of Daniel, we become increasingly relevant to our owners and investment partners. We look forward to developing our presence even further and contributing to the local community through job creation and additional positive knock-on effects of investment.”

Let’s take a look at some upcoming hotel projects in Africa by Radisson: 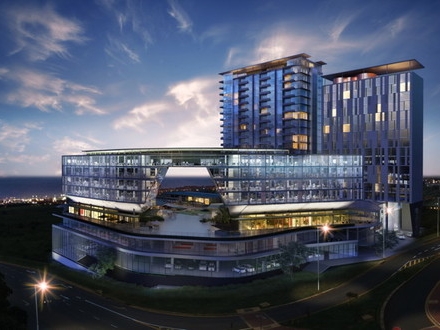 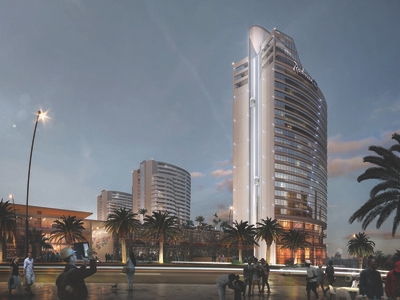 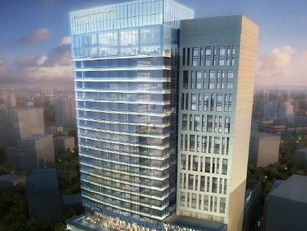