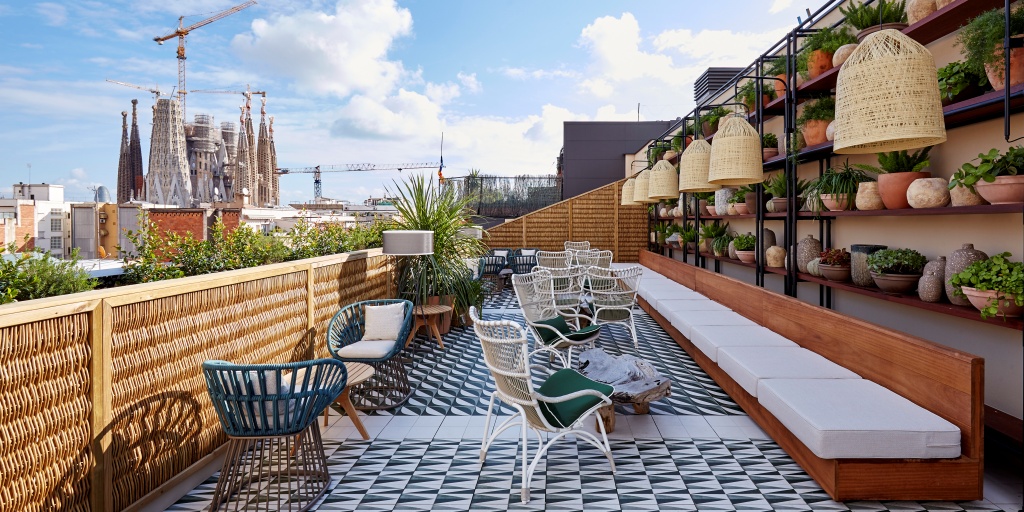 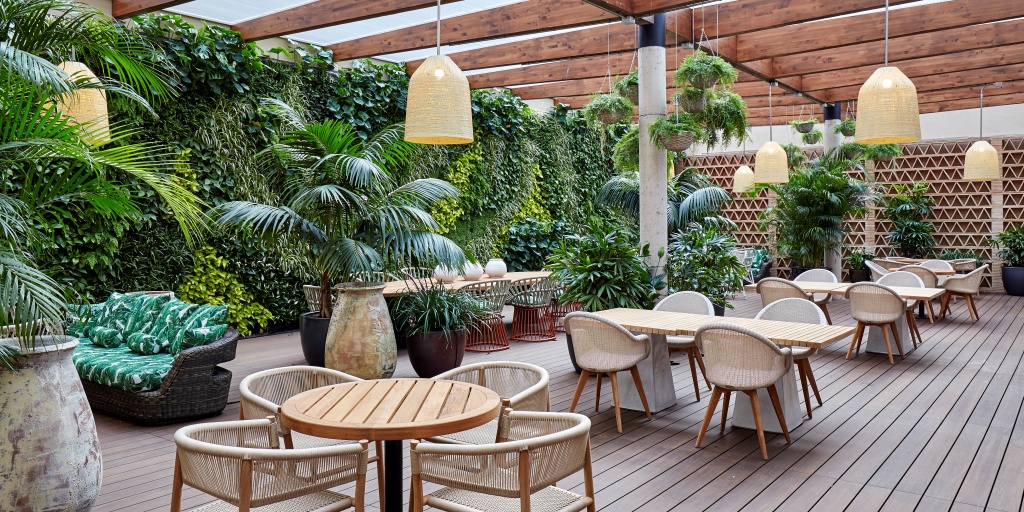 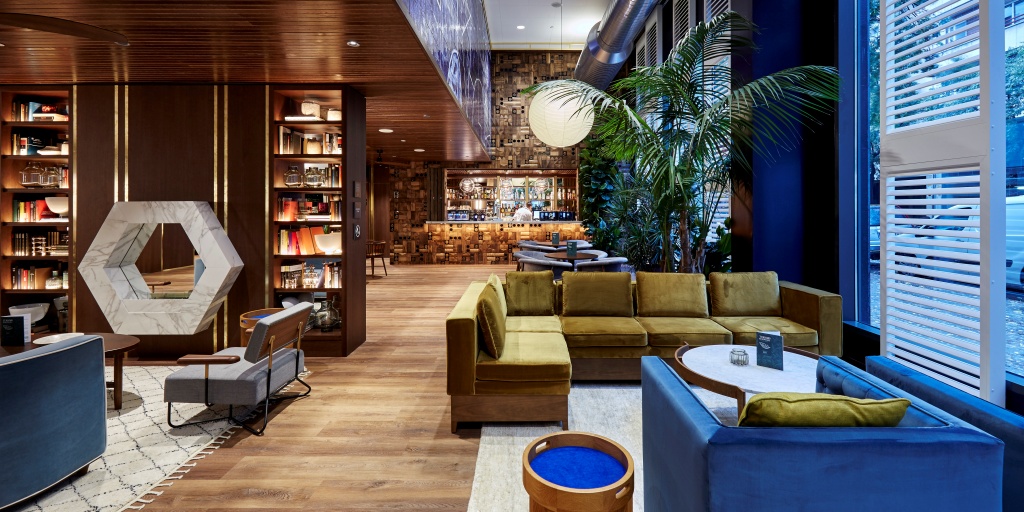 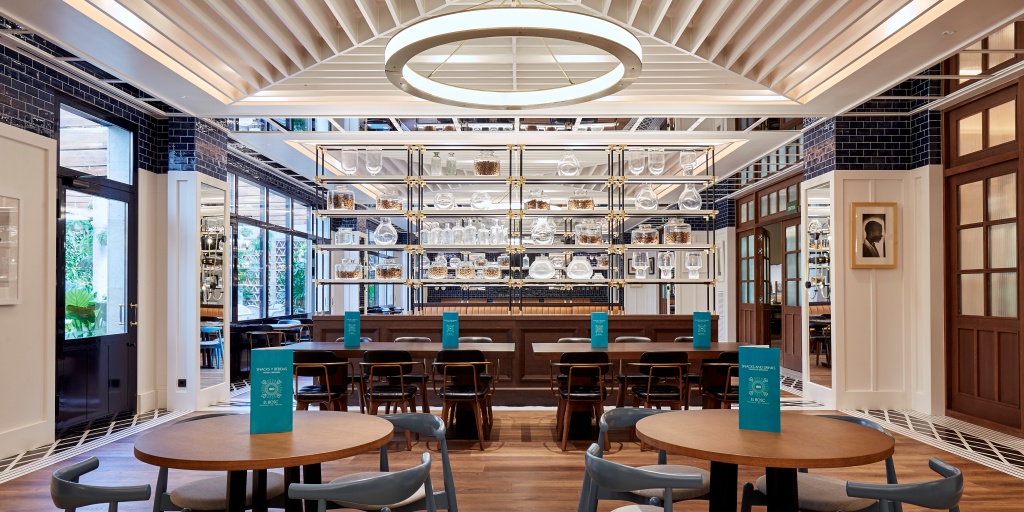 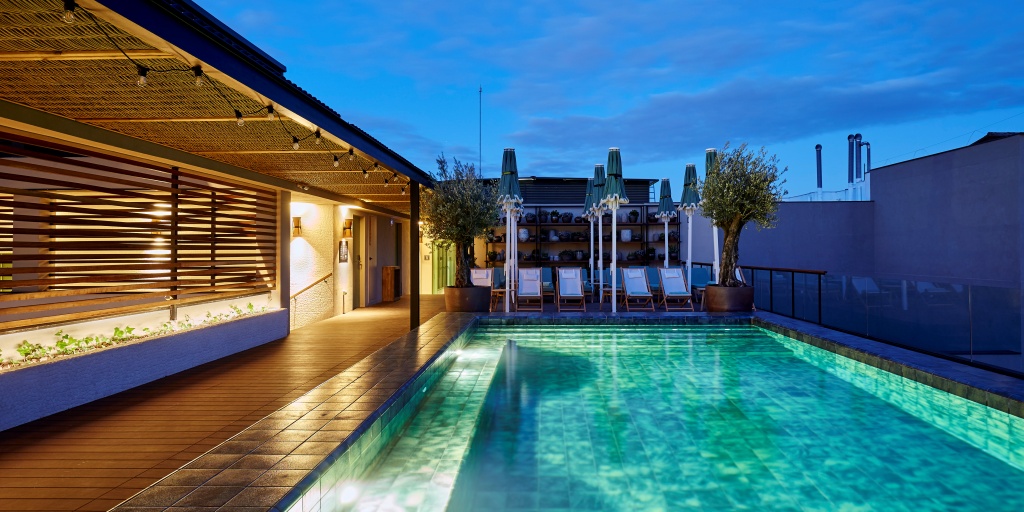 The 182-key Radisson Blu 1882 Hotel, Barcelona Sagrada Familia is now welcoming guests in an enviable setting that means the city center, Passeig de Gràcia and Plaça de Catalunya are all within easy reach.

“It’s a privilege to introduce the Radisson Blu brand to Barcelona, one of the world’s most vibrant cities,” said Tom Flanagan Karttunen, area senior vice president in Northern and Western Europe for Radisson Hotel Group.

“The hotel’s unbelievable location with panoramic views from its rooftop terrace make this hotel a unique place to stay and explore the city. It’s a modern hotel with lots of style and a cosy and cosmopolitan feel.”

Public areas within the property then include four restaurants and bars including Restaurant El Bosc, El Bosc Terrace Bar, Bobò Bar and the rooftop El Cel Bar, all curated to offer sustainable, balanced and healthy gastronomy, along with a fitness centre and a rooftop pool with views of the city’s skyline and Sagrada Familia.

Events will be hosted in 120 sq m of meeting and event space for up to 120 people, with underground parking adding to the property’s convenience.

The hotel’s common areas were designed by renowned interior designer Lázaro Rosa-Violán to pair a contemporary urban aesthetic with comfort. Leather upholstery features alongside high-pile rugs and lush greenery, with a colour palette that highlights the shades used in the furnishings and decorative elements.

Through its design, the property has earned LEED (Leadership in Energy and Environmental Design) certification as a Gold Green Building. In total, the hotel contains more than 4,000 plants including a vertical ecosystem in El Bosc Terrace Bar.

Lázaro Rosa-Violán commented: “It has been an honour to collaborate on a project like this, located in such a unique area of Barcelona near the city’s most iconic monument, the Sagrada Familia, which can be admired from the hotel’s rooftop terrace, and which has also earned Gold level LEED certification for sustainability.”