A veteran of the hotel industry for more than 15 years, Tiago Venancio is a native of Lisbon, Portugal where he began his career.

Having been part of multiple hotel development projects throughout the world from Angola to Germany, Poland, UK, Spain and Brazil, Venancio moved to the UK in 2016 where he worked with RBH management before joining Choice Hotels International as Director of Development UK.

Choice Hotels International is one of the largest lodging franchisors in the world. Choice currently franchises more than 7,000 hotels, representing nearly 570,000 rooms, in more than 40 countries and territories.

Speaking exclusively to TOPHOTELNEWS on the sidelines of TOPHOTELWORLDTOUR London 2020, Venancio spoke about the challenges of helping grow Choice in the UK’s unforgiving hotel market.

What are the biggest challenges for Choice Hotels International in the UK?

Venancio: The challenge is that while Choice Hotels is a huge hotel company worldwide, it’s mainly been a US-based company. Its international division began expanding outside the US about 50 years ago, and currently has some 1,100 hotels in 40 countries, which is significant.

However, in the UK, we still have work to do in building our reputation. The challenge is to continue our hotel development while raising awareness and profile of the brand and the chain. To me, it is an interesting challenge.

Venancio: We have an advantage compared to other companies in that we are very clear that we are a mid-scale chain. So, all of our brands being developed in Europe are mid-scale, spanning the well known limited-service Comfort brand, to the upper midscale Clarion brand, which is a four star hotel; and our soft brand the Ascend Collection which is a boutique full-service, upper midscale offering.

Venancio: It’s very clear to us that we don’t operate at the luxury end or the budget end. We operate in the middle of the market from select service to full service. Yet, the advantage is that we have our technology built in house. We are the only major hotel chain that actually develops its own IT tools. We have our headquarters in the United States in Rockville, with around 600 people and we have our IT headquarters in Phoenix, Arizona with some 700 people. So it’s bigger than the main headquarters for the chain — we are very proud of that.

Which cities and regions will Choice Hotels International be targeting?

Venancio: We are looking at basically every major city, all the top 25 cities to be there. We want to be in the city center. But the way I look at it is if there is a demand for a hotel in a specific location, we can make it work because we are small enough to have hotels with 60 bedrooms to all the way to 400 bedrooms. So that allows us to get into markets where there is some demand, but no scope for big properties. We can work with that.

Venancio: This is my first time attending this event and I quite like the relaxed atmosphere. When you are in a conference or an event, you almost feel pressure to network. Here, you have a laid-back setting to relax and just talk for 15 to 20 minutes. It’s a natural environment and it’s very relaxed.

Tiago Venancio was a delegate at TOPHOTELWORLDTOUR London 2020. 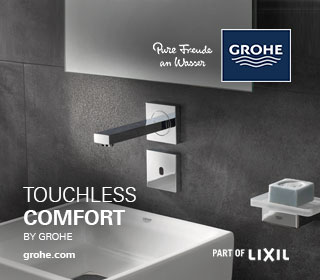