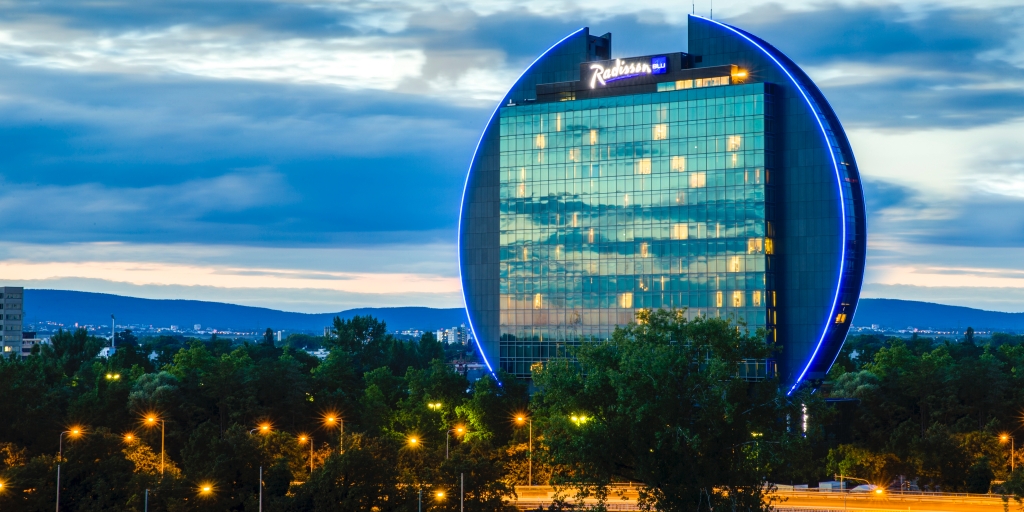 According to the TOPHOTELPROJECTS construction database, Radisson Hotel Group is planning to open 45,919 new rooms around the world, with a special focus on APAC and Europe.

Radisson Hotel Group will grow its international portfolio by 246 properties and 45,919 rooms in the coming years. We find out more about these upcoming launches and select a few eye-catching properties to watch out for.

In December 2020, 19 Radisson hotels with 3,790 keys are scheduled to open, according to our figures. 17 of them are currently in the pre-opening phase, suggesting they’re on track to launch fully before the year is out.

Of the 246 new hotels, the majority (151) will be in the four-star segment. The remaining 95 will belong to the five-star category.

The APAC region will remain Radisson’s primary focus in terms of new hotel openings in the coming years – 68 projects with 12,147 keys are in the pipeline there. Europe isn’t far behind though, with 61 new hotels and 10,831 rooms on the way.

Radisson is also honouring its commitment to expanding in Africa; here, the group is working to deliver 52 hotel schemes with 9,697 keys. The Middle East, meanwhile, will get 36 additional properties with a total of 8,537 rooms.

In North America, the group will add 23 properties and 3,752 keys to its portfolio, and South America will see six Radisson hotels and 955 rooms launch.

The US and Saudi Arabia will both get 15 new Radisson hotels, with 2,596 and 3,450 keys respectively. The UAE concludes our top five with eight openings and 2,811 rooms.

Radisson is betting big on the future success of Radisson Blu Hotels & Resorts, which will grow by 75 hotels and 15,599 properties. Radisson Hotels & Resorts, the group’s signature brand, will also expand rapidly – adding 70 properties and 12,651 keys to its portfolio.

Further down the rankings, Radisson Red will grow its footprint by 44 hotels and 8,308 rooms, while Park Inn by Radisson will expand by 30 projects and 4,776 keys. And the luxurious Radisson Collection has 20 hotels and 3,499 rooms in the pipeline.

In late 2021, Radisson Blu Haikou will open in the largest city of China’s island province Hainan – it’ll be located in a new free trade zone currently being established by the Chinese government. The 48-storey Radisson Blu Haikou, boasting 301 rooms with uninterrupted views of the sea of Haikou Bay, will feature three restaurants and a lounge as well as a pool and a fitness centre. Additionally, the property will provide flexible meeting and event spaces complemented with state-of-the-art audio-visual facilities.

Over in Norway, Radisson Red Okern Oslo is part of the Økern Portal scheme and will feature 224 spacious and bright rooms and suites, several meeting rooms, a restaurant and a rooftop bar serving up unparalleled 360-degree views of the capital city. Developer Oslo Pensjonsforsikring has tasked Dark Architects and the interior designers of Zinc with bringing Radisson Red’s iconic style to life in Oslo. The opening date is set for early 2022.

A 430-room Radisson Blu hotel is to be built in the 535-acre London Resort, an upcoming multimillion-dollar global entertainment destination. The ambitious development is slated to be one of the biggest theme resorts in Europe, incorporating a theme park, a water park, a cinema, a theatre, hotels, restaurants and more. From mid-2024, the Radisson Blu hotel will provide the perfect base from which visitors can explore the resort, or kick back in its bar, restaurant, spa or swimming pool.

And on the other side of the world, the 146-key Radisson Red Cebu Mandaue will form part of the Astra Centre, a mixed-use development in the dynamic coastal city of Mandaue just north of Cebu City in the Philippines. Easily accessible via two major expressways and the expanding Mactan-Cebu International Airport, this cutting-edge hotel will provide guests with a fun, social and stylish place to stay, all while offering high-speed wifi, delicious food and beverage options to go, and statement art pieces. The launch is scheduled for late 2022.