French designer Sybille de Margerie lends her touch to the renovation of the luxurious suites at Dubai’s Four Seasons Jumeirah.

Overhauled to meet the needs of the contemporary traveller, the Imperial Suites at the Four Seasons Jumeirah Beach have each been transformed into individual oases of modern luxury.

We take a look inside these exquisite interiors.

November 2019 heralded the completion of the final guest room renovations that had been undertaken at the Four Seasons Jumeirah Beach in Dubai.

The hotel celebrated completing these works by unveiling their impressive new Imperial Suites, all 11 of which have been overhauled by renowned French interior architect and designer Sybille de Margerie.

De Margerie’s concept was to bring the natural landscape into the Imperial Suites’ interior by reflecting the colours of the beach, sand, sea, sky and sunsets in the rooms’ palette.

The new tones now echo the dusky hues of the Arabian desert, and guests feel like nature surrounds them, even indoors.

Interiors to die for

Four Seasons tasked Sybille de Margerie with reimagining the interiors of the Imperial Suites for the modern traveller. The suites’ skeletons were left in place, while the interiors were conceived of as a blend of tradition, modernity and creativity.

The suites have been reorganised to make them more spacious and open, and the layout has been revised to feel more residential and domestic, aligning with travellers’ desire to have more of a home away from home environment.

Guests of the Imperial Suites at the Four Seasons Jumeirah Beach will be able to enjoy panoramic views of both the ocean and city through the generous fenestration that each of the suites benefits from.

Starting at 210 sqm and offering connecting rooms and ample space for both groups and families, the suites rely on an open-plan living and dining area to act as a gathering point for all guests.

Carefully chosen objects, such as sculptural pieces, furniture and lighting captures the imagination and combined with the luxurious fabrics and textures used throughout the design to create a decadent, yet comfortable, environment.

As the press release for the renovation says, “Sybil’s mission was to capture the vision of Dubai’s abstract aesthetics, and the new design of the 11 Imperial Suites is a quest for refinement, ultimate sophistication and a timeless interpretation of luxury.” 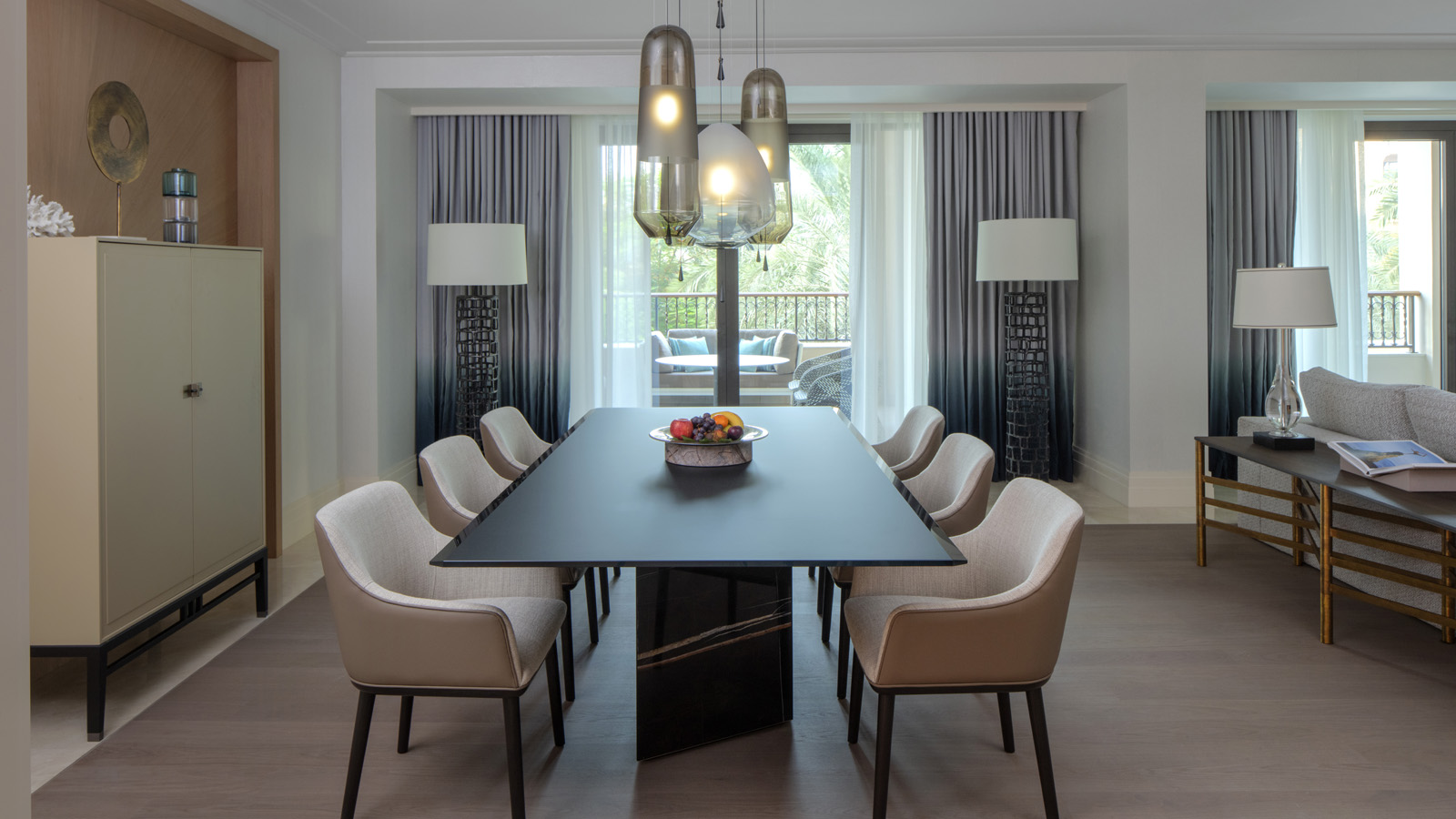 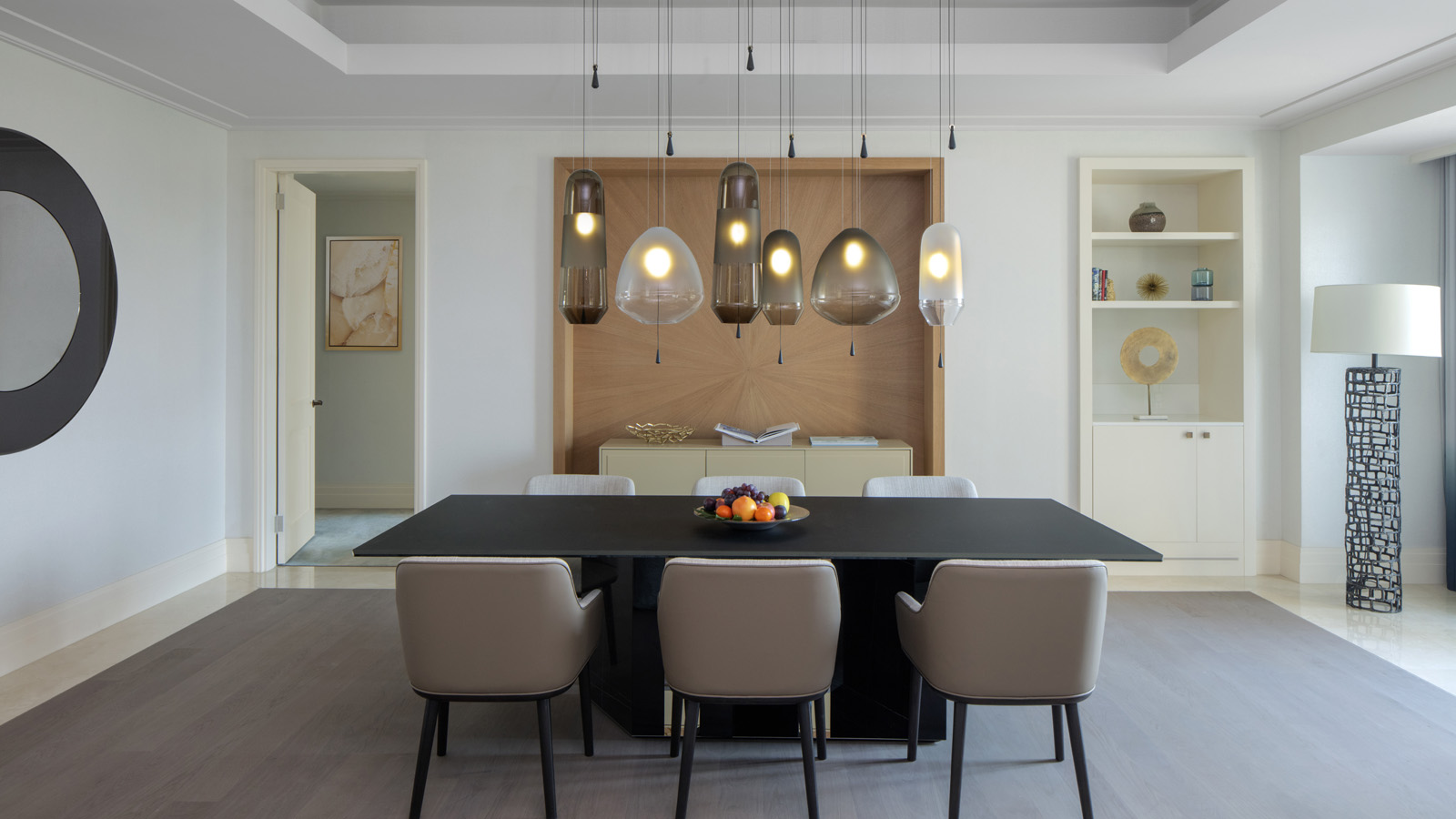 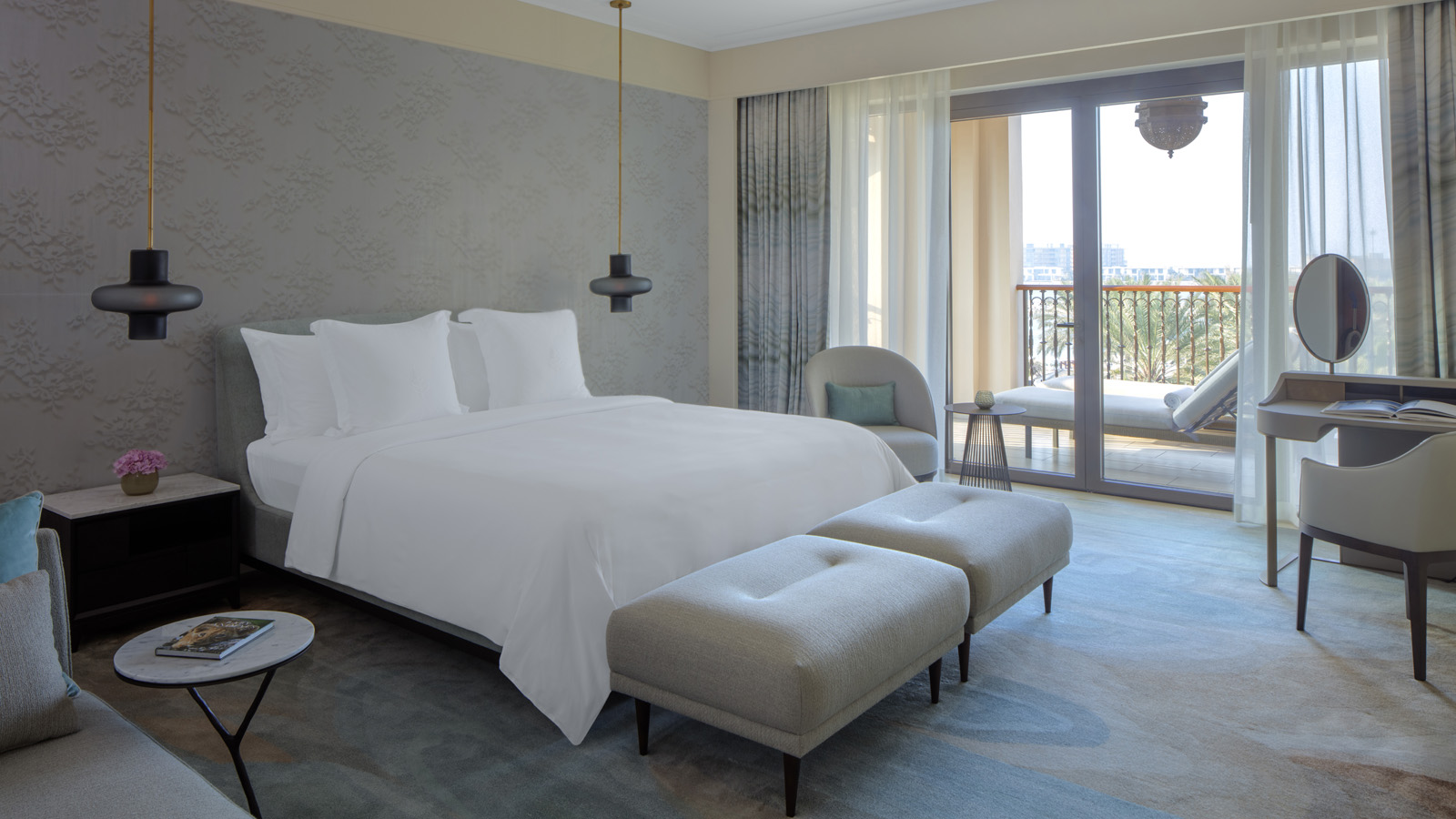 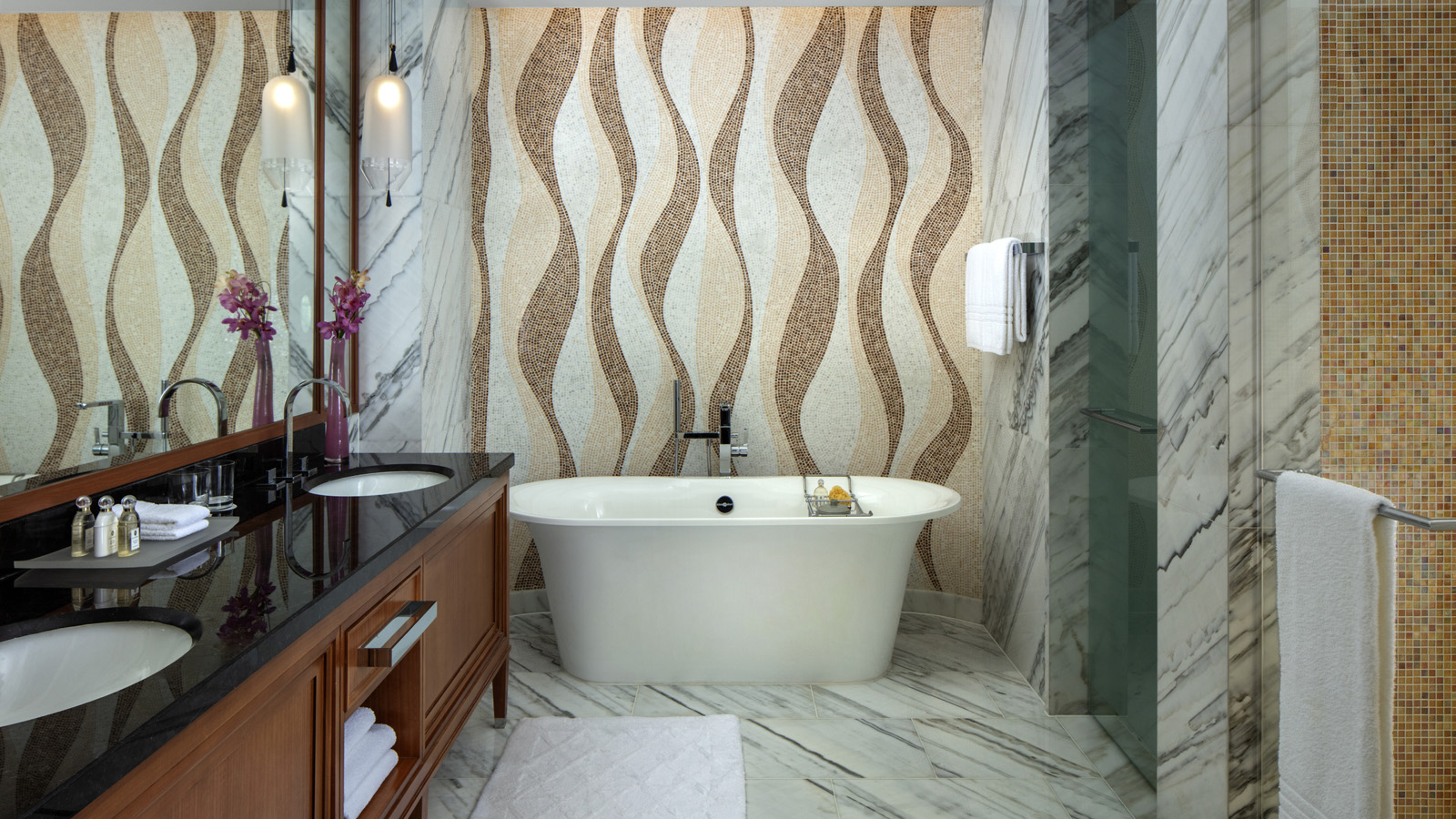 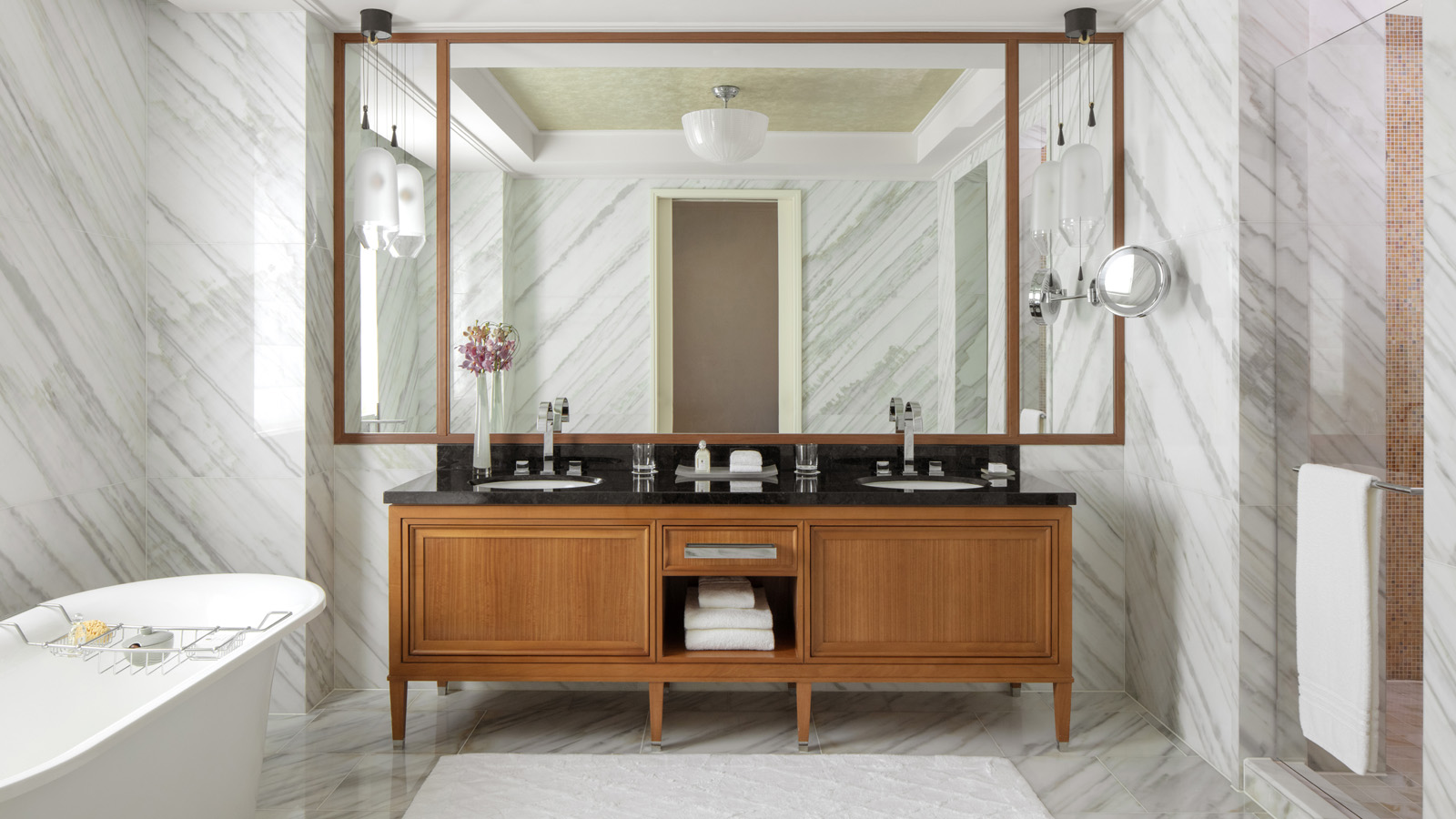