Robert R Mallia has been promoted to a key role overseeing architecture and construction planning efforts for all of the group’s properties globally.

Dream Hotel Group has made a key appointment to support its growth ambitions.

Contributing to the group’s expansion

As the newly named VP of architecture and construction at Dream Hotel Group, Robert R Mallia will focus on pre-construction drawings, programming reviews, building codes and zoning analysis, as well as monitoring construction and renovation budgets, schedules, procurement, overseas sourcing and quality control, construction contract reviews and project handovers. He has been with the group, whose brands include Dream, Unscripted and The Chatwal, for ten years.

Jay Stein, chief executive officer of Dream Hotel Group, said: “Robert brings a fresh, global perspective to architecture and development at Dream Hotel Group. We are rapidly expanding our global portfolio with five new locations set to open over the next 18 months, and Robert’s tactical and strategic approach will help us meet, if not exceed, the growing demand for our company and its brands.”

Mallia added: “Working in hospitality has always been one of my greatest passions, and I am excited to play such a vital role in the continued growth and success of one of the world’s most recognised independent lifestyle hotel brands today.”

Mallia first joined the company in 2011 as architectural director.

Before that, he worked on hospitality and residential projects for Manhattan-based firm WQB Architecture. During this period, Malia was architectural project manager for The Chatwal’s first location.

Drawing on his time spent living and working in Australia, Malta, Belgium and the US, Mallia approaches projects with a global perspective. Throughout his stint with Dream Hotel Group, he has overseen multiple construction and renovation projects across New York in particular.

Mallia earned his bachelor’s degrees in architecture and civil engineering in Malta before achieving a master’s degree in construction management from Pratt Institute in Brooklyn. He’s now a registered architect in New York and member of the American Institute of Architects.

Dream Hotel Group currently has 16 hotels in operation, with another 20 under development. 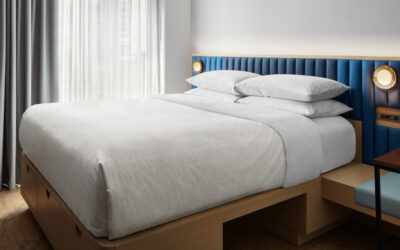 The Londoner (imagery: © Henry Bourne) Our latest TOPHOTELDESIGN exclusive takes a closer look at Edwardian Hotels London’s stylish newbuild in the heart of the UK capital - one of 2021’s most talked-about openings. Prominent studio Woods Bagot - London led the...

We explore how hotels from Alila, Aman and One&Only feature architecture and interiors with regularly repeating design elements in our latest TOPHOTELDESIGN collaboration. What is modular design? Depending on the field, a module (from the latin modulus) can mean...

Designed by SA Architects, Le Méridien Penang Airport off the west coast of the Malay Peninsula is due to begin construction later this year with a view to opening in 2026. This exciting hotel will further increase Marriott International’s exposure to the fast-growing...

Dream Hotel Group is dedicated to offering travellers an authentic connection to their chosen destination through a truly original approach.