Hilton has been hit hard by Covid-19, but its leaders remain optimistic. (Picture: Agoda)

TOPHOTELNEWS shines the spotlight on Hilton Worldwide in an exclusive analysis on its hotel development pipeline, exploring how the group has been affected by Covid19.

With its share price down more than 40% and countless hotels closed around the world, Hilton Worldwide has been hit hard by the Covid-19 crisis, but senior executives remain positive about the company’s future prospects.

With Covid-19 wreaking havoc in the hotel industry for several weeks now, it’s time to take a closer look at how the big players are impacted by travel grinding to a halt around the world.

We find out how things are looking for Hilton Worldwide.

As one of the world’s largest hotel groups, Hilton always has a full pipeline of new projects. Currently, 748 new Hilton hotels are in some phase of planning or construction: 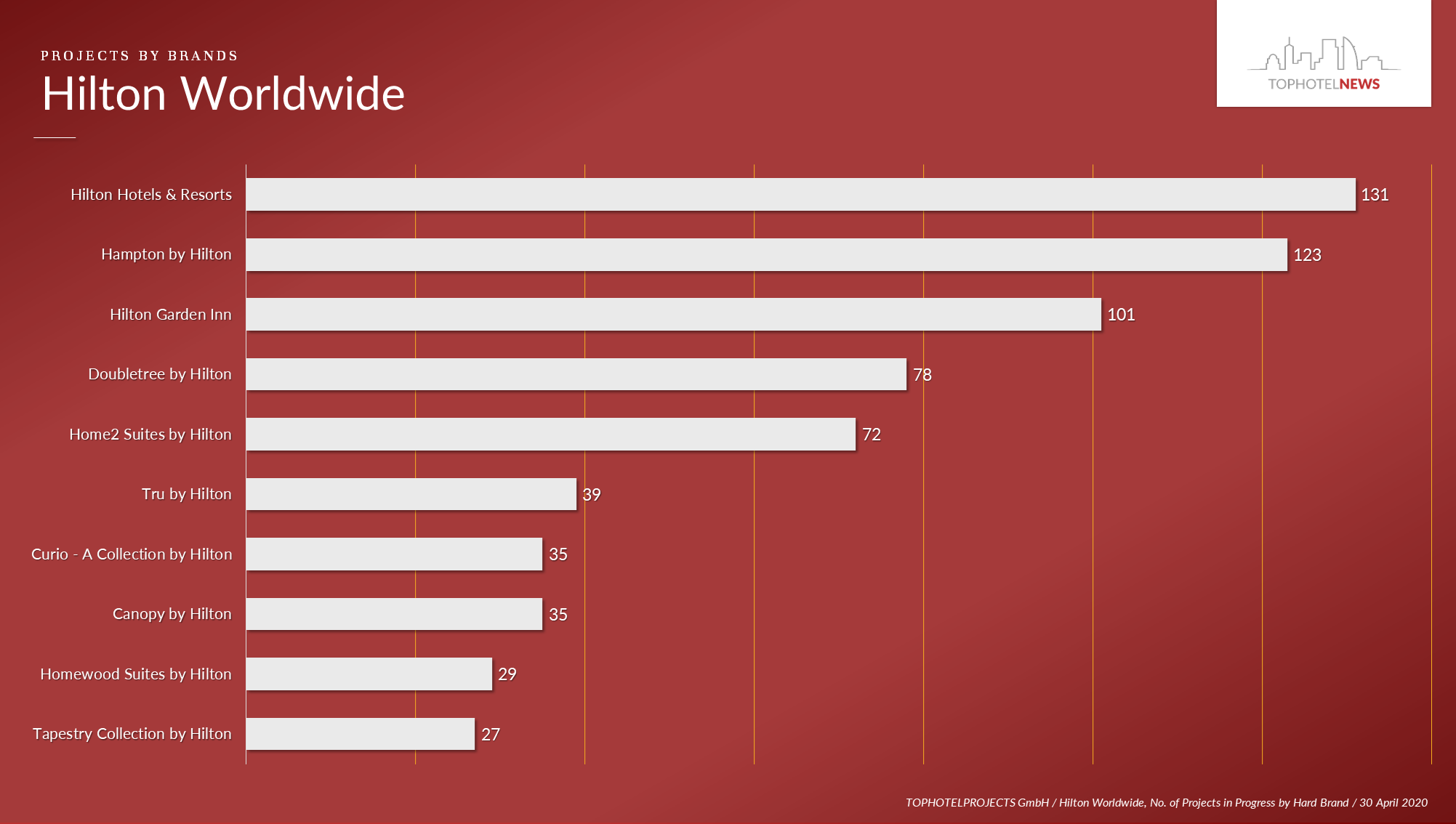 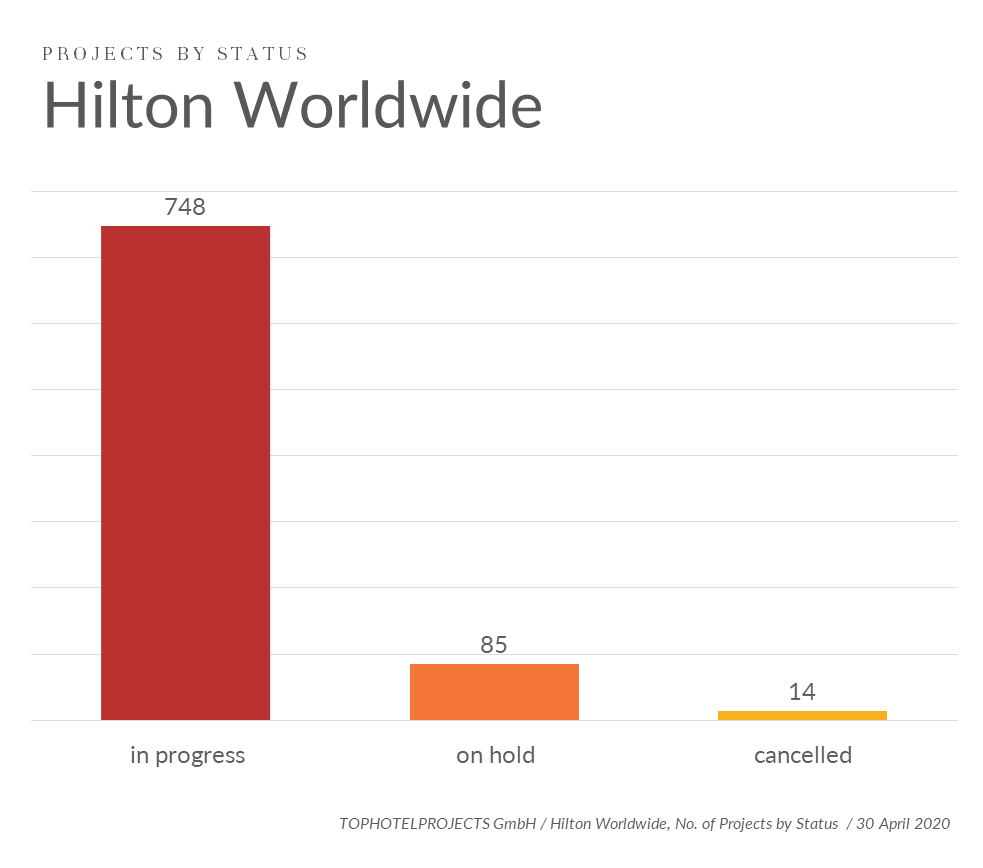 While this is impressive, especially during the current crisis, it’s also worth noting that 85 new hotels have been put on hold and 14 have been cancelled as of 30 April 2020.

Regarding the company’s current brand-launch strategies, CEO Christopher J. Nassetta has mentioned taking things a bit more slowly now and focusing on the existing brands. This came just after Hilton announced the start of construction of its very first Tempo by Hilton in early March. The property is supposed to open in 2021.

Meanwhile, rebrandings such as the conversion of the Mandarin Orchard Singapore to Hilton Singapore Orchard are still moving forward. Here, Hilton and the owners seemingly plan to take advantage of the weak operating environment to reap greater rewards when the recovery starts.

With some travel markets picking up again, a gentle overall lift has taken place and by 21 April the share price was back up to $71.35. This reflects optimism spreading due to travel restarting in China. However, given the current developments in the United States, this pick-up may be short-lived.

Hilton through the course of COVID-19

In February, things were still looking alright for Hilton overall, and the company predicted a net unit growth of 6-7%, which already included a 0.5% downturn due to Covid-19. Then in early March, Hilton pulled its 2020 guidelines as it became clear that the pandemic’s impact would be much greater than expected.

Only a month later, the group acknowledged that the situation would have an adverse effect on results. Hilton quickly took mitigation measures such as massive cost cuts, selling Hilton Honors points to American Express and other steps to ensure the company can remain liquid for the next 18 to 24 months. Furthermore, its leadership is optimistic that this will give the industry enough time to recover to a point where operations can support cash flow.

“As a 100-year company that takes the long view, we are confident in our resilient business model, the performance of our leading brand portfolio, and our ability to respond appropriately to market conditions,” said Christopher J. Nassetta, president and chief executive officer of Hilton.