A look through the TOPHOTELPROJECTS construction database reveals that dozens of hotel schemes are being lined up across Argentina, with Buenos Aires proving a particular hotspot.

Argentina currently has 42 hotel projects with 4,174 keys on its development slate, our data indicates. We take a closer look at these upcoming openings.

Interestingly, 2021 will be the country’s busiest year for hotel activity overall, with 18 planned launches set to bring 1,459 new rooms into play. A further 11 schemes with 977 keys will go live in 2022.

In 2023, things will slow right down, as only five properties and 860 rooms are in the pipeline at present. For 2024 and beyond, by contrast, eight projects and 878 keys are already on the books.

Of the new hotel schemes, just under three-quarters (31) are in the four-star category, while the remainder (11) falls into the five-star segment.

Buenos Aires, Argentina’s vibrant capital, will see by far the most openings – ten new hotels with 1,387 rooms are in the works here.

Rosario, best known for being the hometown of football legend Lionel Messi, will get four new properties with 370 keys in total. And the colonial gem of Córdoba will get two additional hotels with 251 rooms.

Howard Johnson by Wyndham has ambitious plans in Argentina – it’s planning to grow by no fewer than ten properties and 807 rooms over the coming years.

Unsurprisingly, this aggressive expansion strategy puts the brand way ahead of its peers. The nearest challengers on our database are Hampton by Hilton and Sheraton Hotels & Resorts, which will both grow their footprints by two hotels, with 185 and 279 keys respectively.

Strategically set in the heart of the city, and forming part of a mixed-use complex, Hampton by Hilton Rosario promises to be a good choice for both business and leisure travellers. The 110-room hotel will offer the brand’s signature amenities including a free hot breakfast, 24-hour business centre and fitness centre. An opening date has been pencilled in for early 2023.

Another launch planned for early 2023, Hotel Capitalinas Bariloche will be part of the Capitalinas Bariloche complex on the shores of Lago Nahuel Huapi. This 49-room boutique property will boast an international restaurant offering stunning views of the lake, plus a library for reading and relaxing, a spa, and a heated indoor and outdoor pool.

Over in the capital, the unmissable W Buenos Aires is on schedule to open in 2024. A 150-room property within a mixed-use tower in the midst of the bustling Puerto Madero neighbourhood, it’ll combine accommodation, restaurants, a rooftop bar and meeting space, all showcasing the fun W Hotels philosophy that’s won countless admirers the world over.

IN THIS ARTICLE
Americas | Argentina 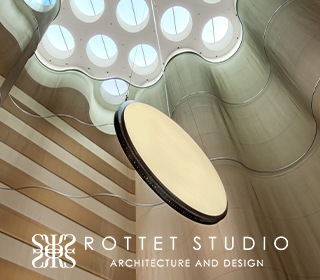