According to TOPHOTELPROJECTS data, Australia is on track to welcoming a significant 151 new four- and five-star hotels, altogether comprising 26,776 new rooms.

Sydney and Melbourne are to benefit from the most new hotel openings among those expected over the coming years across the country.

As many as 110 four-star and 41 five-star hotels are in various stages of planning and development across Australia.

Sydney expects the most arrivals with 18 openings comprising 3,975 rooms in total. Melbourne follows closely behind with 16 openings encompassing 3,740 rooms and Brisbane looks forward to nine hotel openings with 1,857 rooms between them.

Of the most prominent brands making their mark at this time, Holiday Inn Hotels & Resorts has eight hotels in the pipeline, Quest Apartment Hotels has six hotels on track to opening and voco has five forthcoming properties. 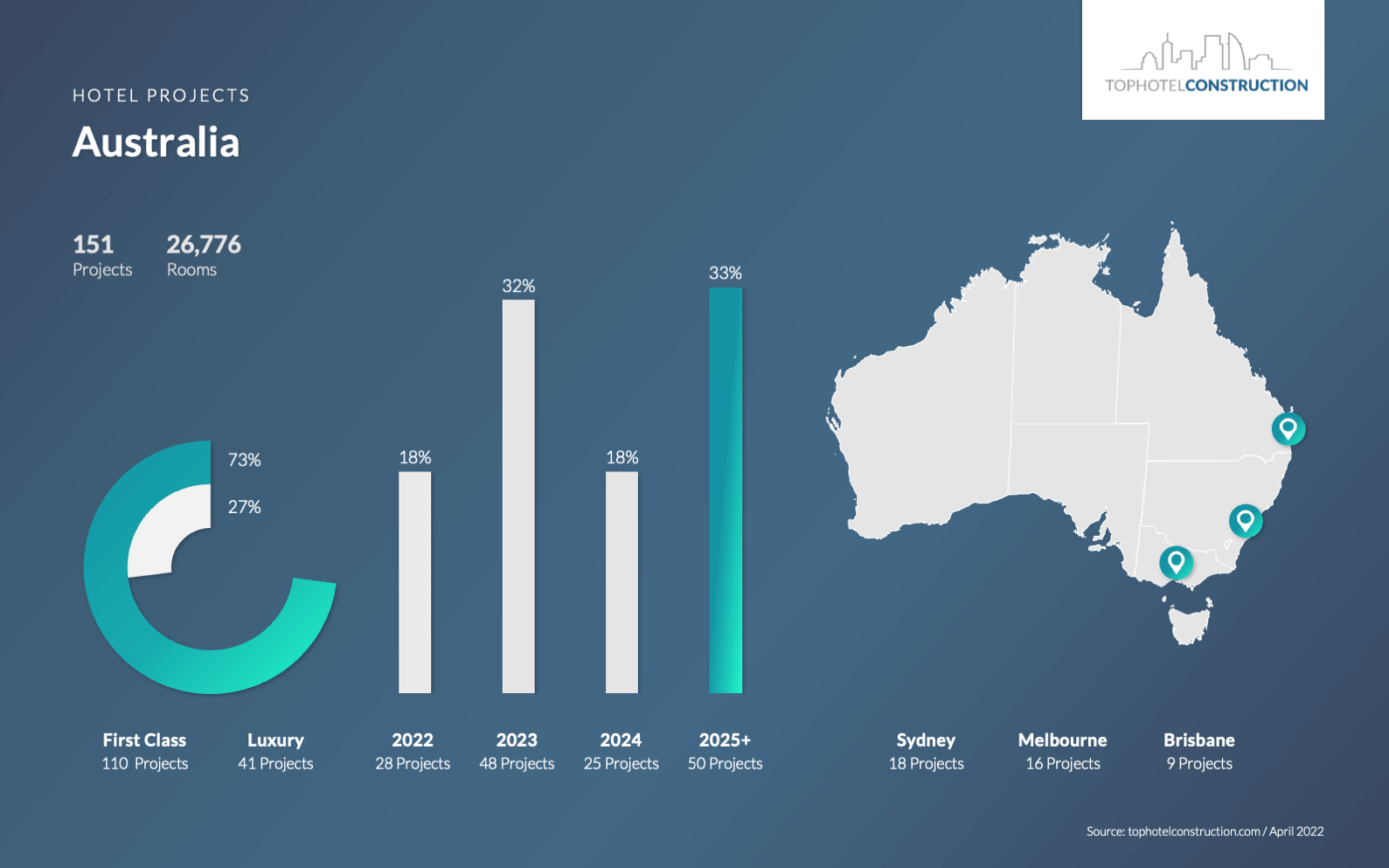 The five-star property is being developed by The Star Entertainment Group with the architecture of Cottee Parker, The Jerde Partnership and Shannon Cloete, the landscape design of CUSP and the interior design of BAR Studio.

The overall development will comprise around 50 restaurants, cafés and bars, a 1,500-seat ballroom, a sky deck, gaming facilities and 18.5 acres of public space.

The 144-key Mondrian Gold Coast is then being developed by SBE Development and Vitale Property Group with Elenberg Fraser leading the architectural design, Studio Carter designing the interiors and Form Landscape Architects behind the landscape design.

The five-star coastal property will be home to amenities such as restaurants, a fitness centre, spa and pools, as well as residential apartments.