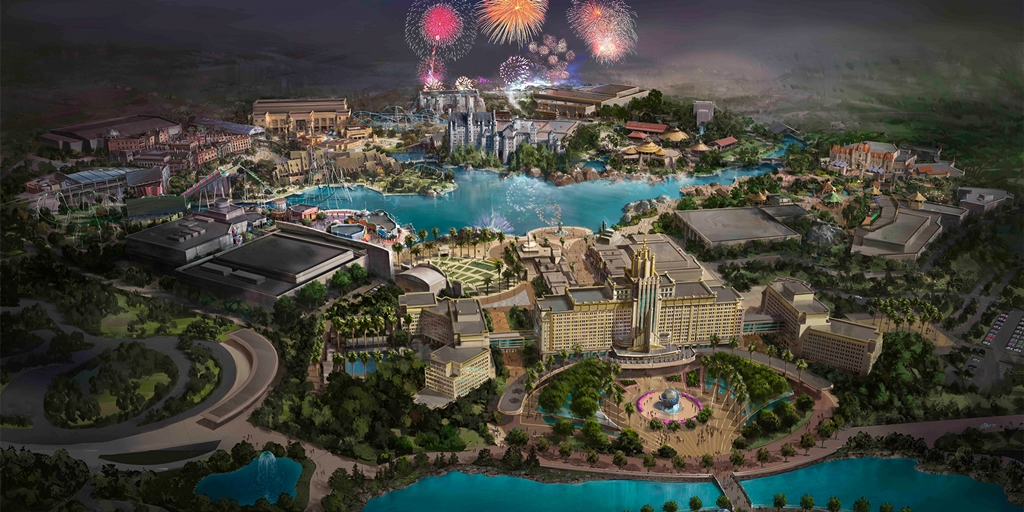 Visitors are already looking forward to exploring the fun-filled Universal Beijing Resort when it finally opens to the public.

The first phase of the hotly anticipated Universal Beijing Resort has been announced, letting the public in on what secrets will await them when the Universal CityWalk mixed-use complex, the first-ever Universal-themed resort hotel and the first Nuo-branded resort hotel by the Beijing Tourism Group are completed in 2021. We find out more.

Seven lands for the senses

Since it was announced all the way back in 2014, anticipation for the Universal Beijing Resort has been high. Spread over 170 hectares right in the middle of Beijing’s Cultural Tourism Zone in the city’s Tongzhou District, the complex will feature seven themed zones to draw in visitors. The themes relate to specific children’s films, stories and superhero franchises, namely Kung Fu Panda Land of Awesomeness, Transformers: Metrobase, Minion Land, The Wizarding World of Harry Potter, Jurassic World Isla Nublar, Hollywood and WaterWorld.

Tom Mehrmann, president and general manager of Universal Beijing Resort, said: “We will immerse our guests in incredible experiences that bring their favourite stories and characters to life in entirely new ways. Our theme park will showcase the best Universal rides, as well as all-new, unique experiences specially created to reflect China’s rich cultural heritage. We are looking forward to sharing these exciting experiences with millions of visitors.”

A decade in the making

The Universal Beijing Resort will join numerous other popular Universal resorts worldwide, including those in Singapore, Japan, Orlando and Hollywood, but this is a significant project for China, and represents the fruits of a partnership that has been brewing for almost ten years. Universal Beijing Resort is owned by Beijing International Resort Co., Ltd., a joint venture between Beijing Shouhuan Cultural Tourism Investment Co., Ltd. and Universal Parks & Resorts, a business unit of Comcast NBCUniversal. The project has been approved by the Beijing Municipal Government and will become a milestone development for the Beijing Tourism Group, one of China’s largest tourism companies.

As part of the inauguration ceremonies, China’s newest Universal resort has enlisted some local celebrities to help promote the opening of the complex. Li Bingbing and Liu Haoran gave fans a sneak peek of the seven themed lands, along with CityWalk and its retail, entertainment and dining areas, and the resort’s two hotels. The video tour features guest appearances by Chinese film director Zhang Yimou and Hollywood counterpart Steven Spielberg, who have teamed up to create a behind-the-scenes movie-making experience for Universal Beijing Resort.