Why Jamaica is the Caribbean’s top tourism destination? [Infographic] 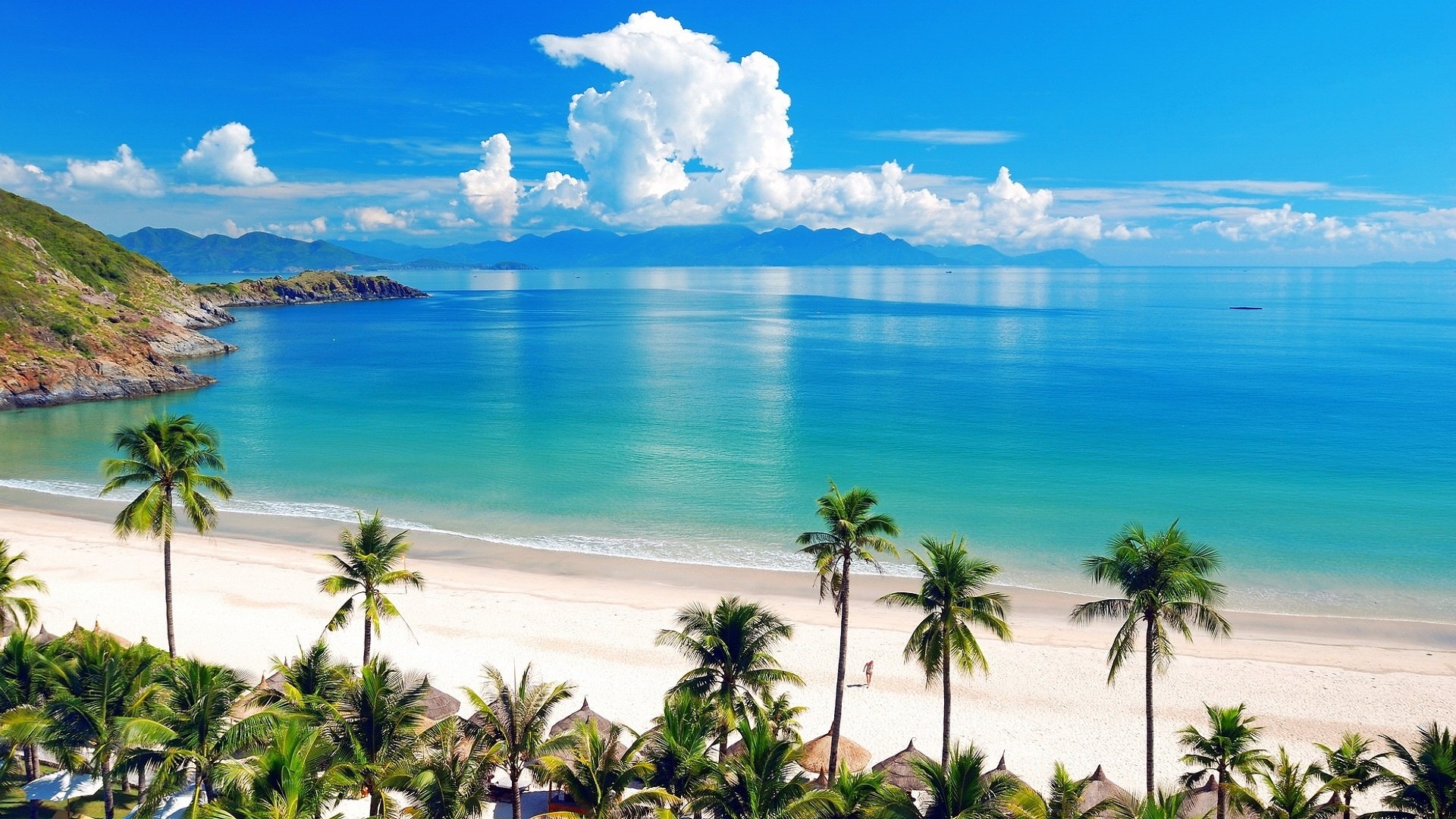 Jamaica, one of the world’s top rated tropical destinations

TripAdvisor users have selected Jamaica as the number one destination in the Caribbean as well as the number 14 locale in the entire world.

This sort of designation is a great boon for the hospitality market in the country, inspiring TripAdvisor users the world over to plan trips to the country.

TripAdvisor’s ranking comes shortly after Jamaica was also named Destination of the Year by the Pacific Area Travel Writers Association, while TravAlliance Media has given it the following honours: Best Culinary Destination, Best Wedding Destination and Best Honeymoon Destination.

Jamaica’s hospitality success stems from the wide variety of diverse attractions found there. Imagine a stay in which you can occupy an overwater bungalow in between excursions.

Those excursions include activities such as bamboo rafting on the Martha Brae River, as well as climbing Dunn’s River Falls. The latter is a 55-foot waterfall with terraces of cascading water along a 600-foot spring and emptying into the sea.

Apart from its potential for adventures in nature, Jamaica is known the world over for its pristine white sand beaches.

Where to stay in Jamaica

Another driving factor of Jamaica’s hospitality success is the high quality of the hotels and resorts there.

Of course, there is the stock comfort inherent to places like Sandals Jamaica. More enticingly, however, are places like Half Moon Bay Resort, which is a property inspired by the lush, tropical gardens which surround it.

That property also features the Fern Tree Spa, a sanctuary nestled between rolling hills which offers its guests centuries-old healing traditions born within the country.

That spa spans 68,400-square feet, making it one of the biggest in the entire Caribbean.

According to the TOPHOTELCONSTRUCTION online database 120 hotel projects are currently in the pipeline in the Caribbean: 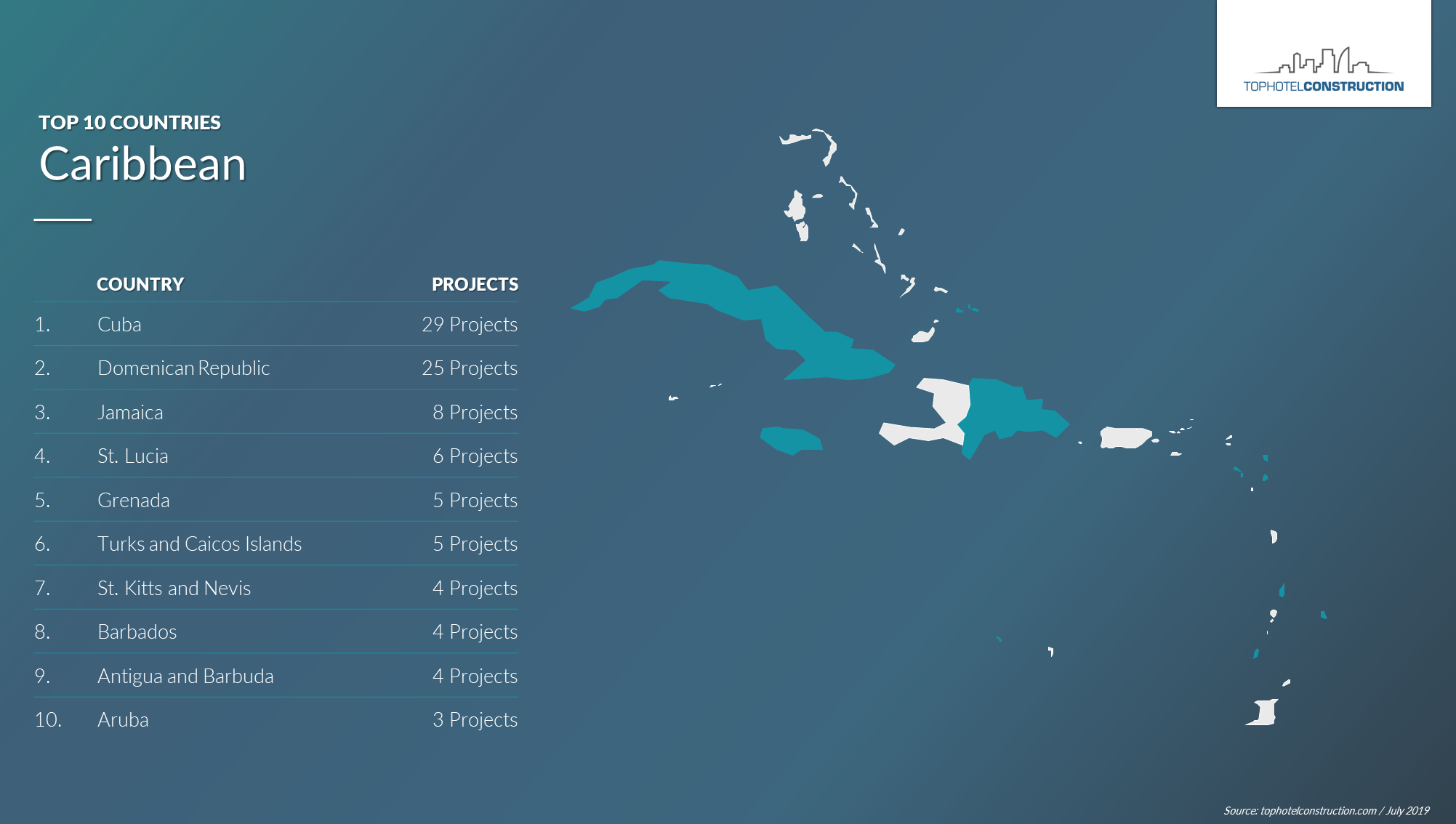 Let’s take a look at some projects currently underway in Jamaica: 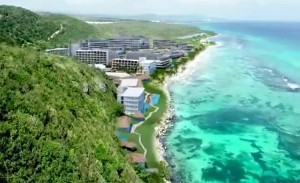 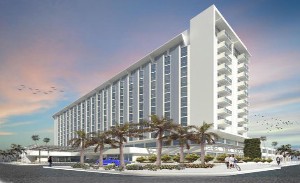 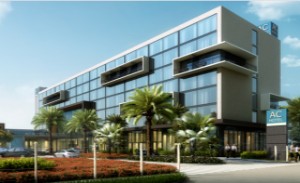 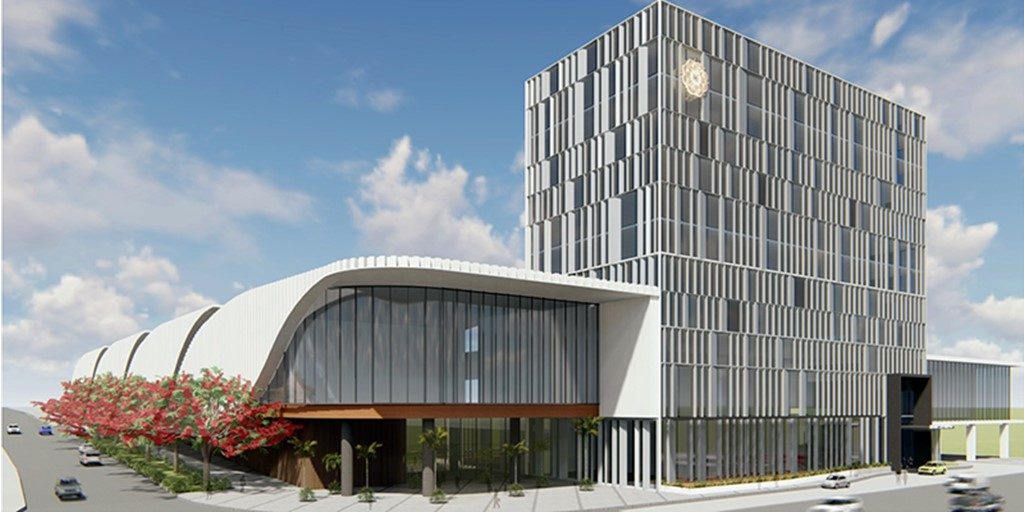 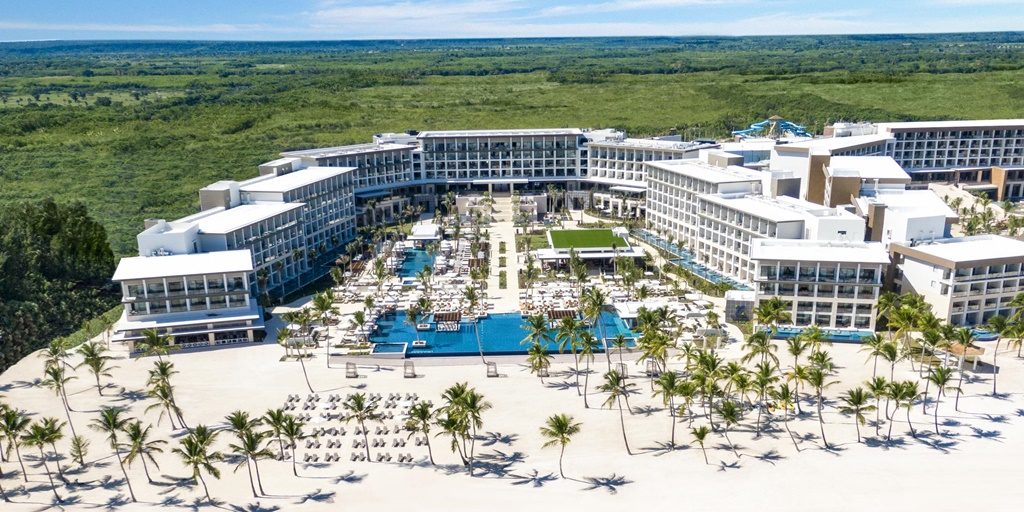 [tweetshareinline tweet=”Among many other accolades, #Jamaica can now also boast being named @TripAdvisor’s top destination in the region for 2019 ” username=”tophotelnews”]