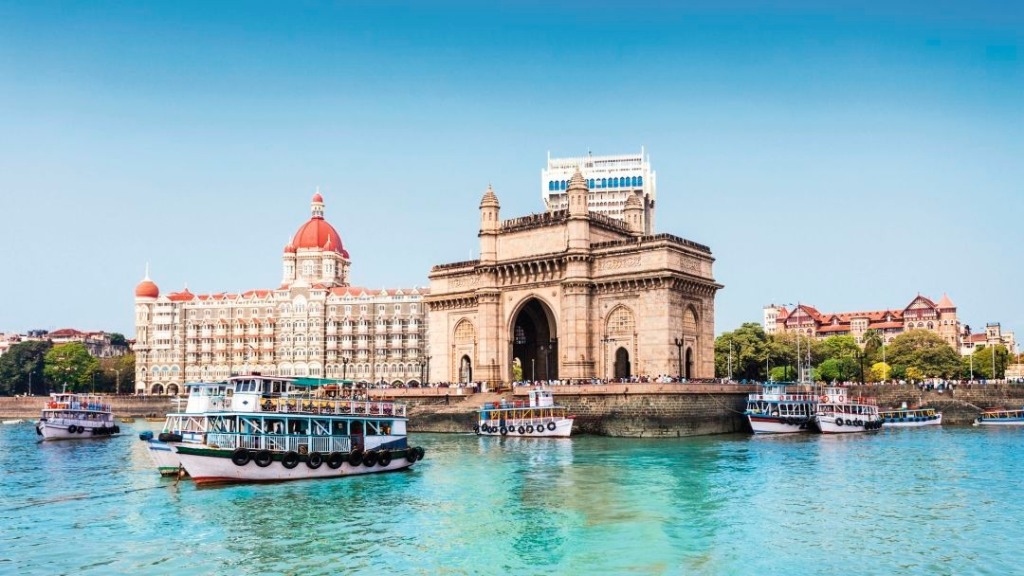 Mumbai, like many major Indian cities, is seeing a boom in hotel revenues.

India’s hospitality market will see an estimated $800m in transactions and over 8,500 new keys in 2019, following RevPAR growth of 17% in the past two years

India’s hospitality industry has seen a strong upswing in recent years and 2019 is looking to keep this trend going, according to a study by HVS ANAROCK.

A strong start to the year

Now that demand has finally outpaced supply on the subcontinent, HVS ANAROCK’s India Hospitality Industry Review 2018 predicts 9.5% revenue per available room (RevPAR) growth for 2019 which would bring this key performance indicator (KPI’s) growth to 17% since 2016.

Overall, 2019 started off strong for the hospitality sector, with the successful sale of Leela Hotels to Canadian investment group Brookfield. This and other transactions in Q1 set the tone for 2019 and led to forecasts of hotel transaction values of over $800 million for the whole year.

While the outlook seems rosy, 8,574 new rooms flooding the market this year and the upcoming general elections in the world’s largest democracy are creating an atmosphere of caution.

Mandeep Lamba, President (South Asia) – HVS ANAROCK says, “The ongoing general elections could dampen some of the sector’s otherwise upbeat performance in 2019. However, the tide is set to change this year as market sentiments can recover with the aid of a stable government post elections to support the required economic growth. Banking on this important factor and considering the limited new supply in 2020, the hotel industry can record its highest-ever recorded occupancy and is expected to outpace 2006, which was a superlative year for the hotel industry.”

With the industry growing so quickly, many brands are now opting for the least risky projects with a high likelihood of timely completion and low risk of cancellation.

International players are also gaining ground in the Indian market and frequently build large-format properties compared to their local peers who usually focus on lower-inventory projects.

2018 marked the year where international operators singed more new projects than domestic peers, a trend which could be set to continue in 2019.

At a city-level, Goa witnessed the largest number of new rooms, outpacing tech-hub Bangalore albeit by only 192 keys.

“It is heartening to see Goa top the list since this is normally considered to be a high-entry barrier destination; and has for that reason seen much slower growth in inventory – even though it has been the top-performing market for a very long time,” says Lamba.

Now, nearly a third of new projects are in these quickly developing cities and more hotel management companies are setting up offices there.

The mid-scale hotel space is experiencing the most growth in terms of rebrandings and the signing of new hotels thanks to value-driven volume customers who seek full-service hotels.

Finally, “new kids on the block” Treebo, Oyo and Fabhotels are quickly taking over the economy hotels segment even though they were previously considered outliers unable to compete with mainstream brands.

“The successful listing of the Lemon Tree and Chalet IPOs, as well as the recent transactions of the Keys and Leela portfolio, can prompt further investments in the hospitality sector. The Chalet Hotels IPO issue early this year raised INR 1,641 crore ($230.6 million) – subscribed 1.57 times – on account of strong interest shown by institutional investors. This trend is likely to continue,” he added. 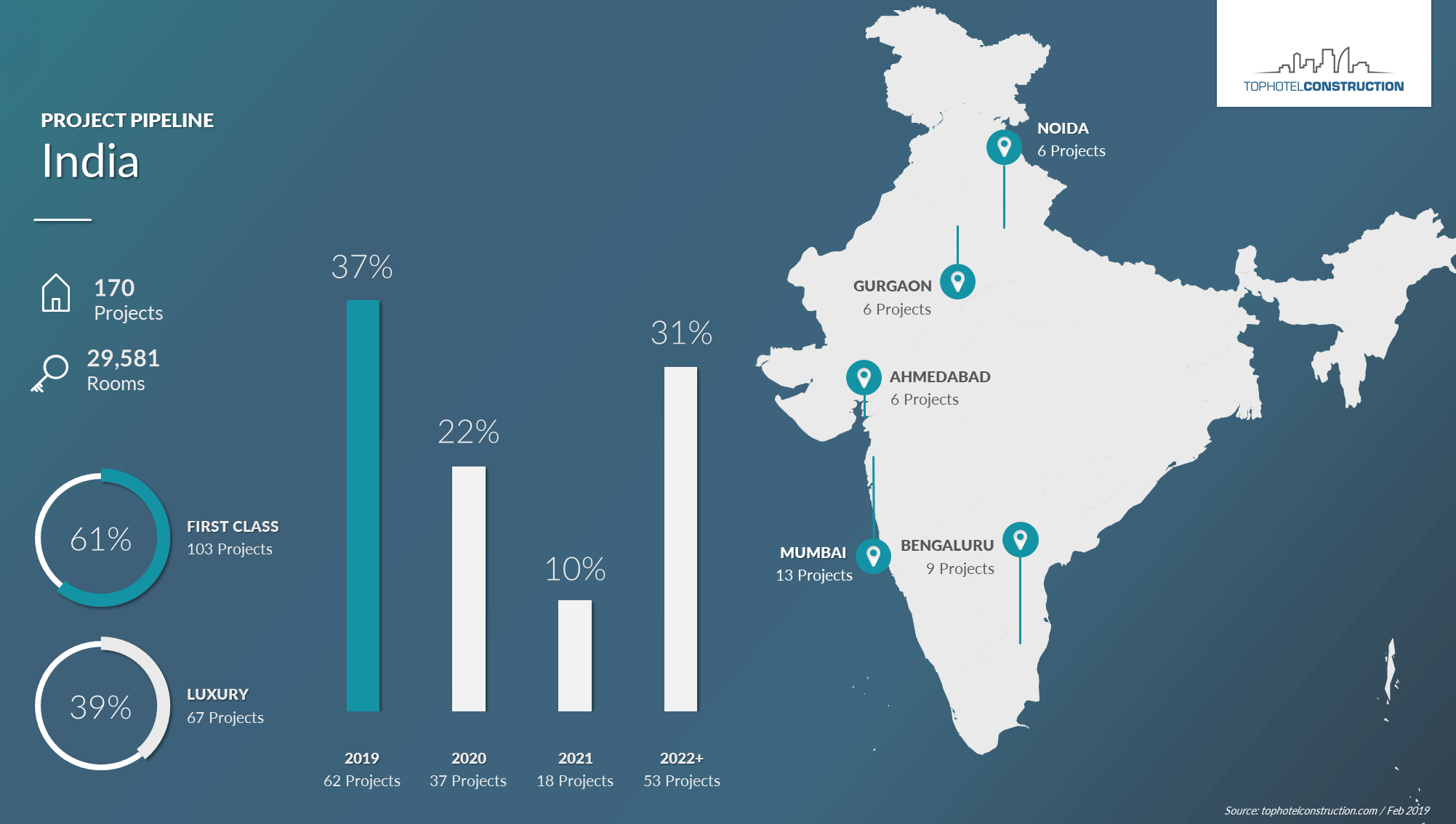 Let’s take a look at a few other projects currently underway in India: 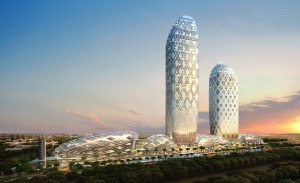 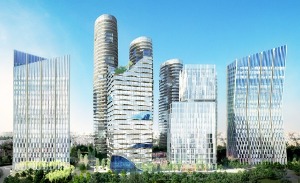 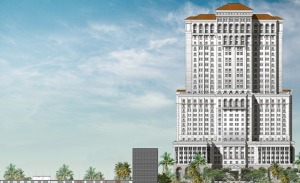 Sol “the Sun King” Kerzner: the passing of a hospitality legend

[tweetshareinline tweet=”India’s hospitality market will see an estimated $800m in transactions and over 8,500 new keys in 2019, following RevPAR growth of 17% in the past two years” username=”tophotelnews”]