The UK’s first Virgin Hotels property is to open this June in Edinburgh, with reservations now open ahead of its debut.

The luxury lifestyle hotel brand by Virgin Group founder Sir Richard Branson is looking ahead to welcoming guests to what is the brand’s first European hotel this summer.

Fusing the old and new

The hotel’s design was created collaboratively by Virgin Hotels and Scottish design and architecture studios ICA Studio, Four-by-Two and Joelle Reid Interiors. Preservation of the original site is fused with modern sophistication and style, altogether capturing the character of the city.

Commenting on the upcoming opening, James Bermingham, chief executive officer of Virgin Hotels, commented: “Edinburgh is such an iconic city and we’re thrilled it will be the home of the first Virgin Hotels in the UK and across Europe.”

“Through dynamic contextual design and neighbourhood-centric influences the new hotel will be a cultural city hub, with a design that sustains the building’s heritage while adding a vibrant, new style to the area.”

The hotel comprises 222 chambers and grand chamber suites, along with several dining and drinking outlets including Virgin Hotels’ flagship restaurant and bar Commons Club and all-day dining space, Eve. The site’s former church has been repurposed as an event space and the rooftop sanctuary provides views of Edinburgh Castle.

Spanning 10 floors, rooms and suites across 15 categories include the signature suite, Richard’s Flat, with restored architectural detail and contemporary furnishings, and the Eve Branson suite located under the bell tower of the restored church. The Moroccan-inspired Kasbah Tamadot Suite is a nod to the Virgin Limited Edition property in the Atlas Mountains.

Each room and suite is bright and airy with warm textiles and locally sourced furnishings. Virgin Hotels’ signature room layout includes distinct spaces such as The Dressing Room and The Lounge featuring amenities like a red SMEG mini-fridge stocked with curated local products. Design details include rugs made in partnership with Lālla London.

The property collaborated with Visto Artwork to curate the hotel’s art collection, which draws inspiration from its setting. Highlights include the three-metre-wide “Chandelier” by Arthur Mamou-Mani hanging in the nave of the former church. 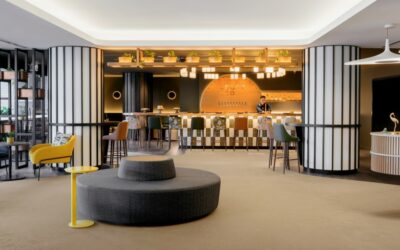 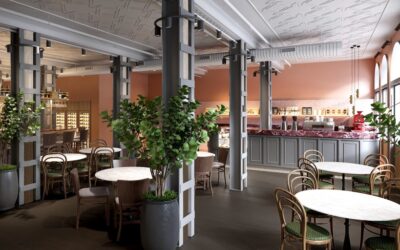 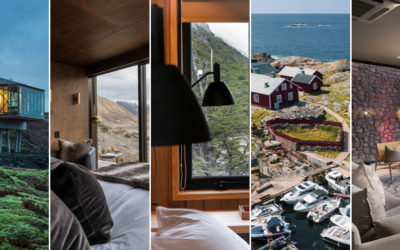 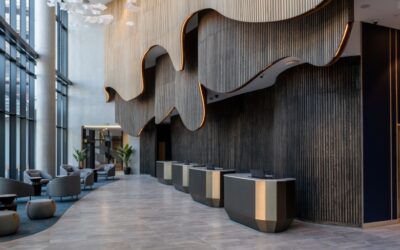 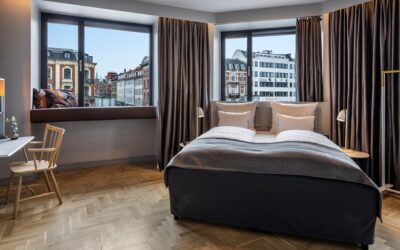