Google is trialing a voice activation system that will allow users to check-in for United Airlines flights, as well as other voice command programs for the hospitality and travel industry.

Details of the trial were announced at the recent Consumer Electronics Show (CES) in Las Vegas. It showcased numerous new features of Google Home, the tech giant’s rival product to Amazon’s Alexa, as well as Google Assistant, which are designed to make travelers’ experiences more streamlined.

As well as being able to check in and download boarding passes for United flights, Google Home Hubs will also be piloting translation services for reception desks in Hyatt and other hotels which will interpret the language of the guest and the receptionist for easier communication.

Blue Diamond Resorts has announced that Juan Tuñon will become the regional director for the Dominican Republic. Tuñon’s promotion will come into effect on Feb 1, after a stellar spell of service at the Royalton Bavaro Resort & Spa, where he served as general manager, and was noted for his professionalism and leadership abilities.

Tuñon has over 36 years experience in the hospitality industry, with highlights that include turning the Melia Cohiba in Havana into one of the most highly regarded hotels in Cuba.

Over 40,000 people were trapped in one of Austria’s biggest ski resorts after an avalanche covered parts of the Ramsau am Dachstein area.

A four-star hotel and an apartment complex for tourists were hit by the avalanche after midnight. Initially it was said that the buildings were empty, but later it was revealed that approximately 60 people had been inside. Luckily, all of those inside escaped unharmed.

Austria was not the only country to be affected by heavy snowfall: Germany and Switzerland also suffered severe weather conditions, and controlled detonations were being used to open roads blocked by compacted snow.

A new 180-room Premier Inn hotel will land in Dublin’s north city centre, marking the first freehold acquisition for Premier Inn owners Whitbread in the middle of the Irish capital.

The hotel will be located on the site of Twift House, which is currently home to the National Leprechaun Museum and a gym, both of which will be demolished to make way for the hotel.

The location is second to none, and will be hugely advantageous to Premier Inn in terms of securing their foothold in the Irish market.

Premier Inn last year announced plans for another 97-room hotel in the city centre, which would add to their existing portfolio of one property close to Dublin airport. Premier Inn hopes to have up to 2,500 rooms in Dublin in the coming years. 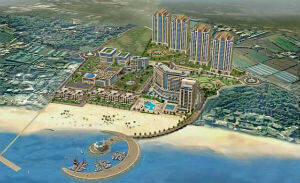 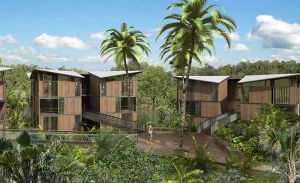 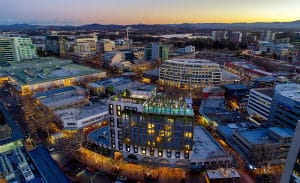