Qatar – on the way to becoming a top destination for luxury travellers by developing the Katara Towers (Picture: Katara Hospitality)

The extravagant Katara Towers will soon take shape in the Lusail Marina District in Qatar and bring the highest levels of luxury to discerning travellers.

This soaring structure will not only house a five-star hotel, but also a luxurious six-star hotel for the most discerning of travellers.

A striking new development is underway in the Middle Eastern state of Qatar. The Katara Towers soar over the Lusail Marina District, taking the form of crossed swords as they appear on the Qatari seal.

Crossing each other at the lower end of the structure to form a podium, the “swords” swish past each other and up 36 storeys into the air as part of this iconic design.

The concept was brought to life by German design engineers King Consult and construction has already begun on the property which is due to open in the first quarter of 2021.

A landmark in Lusail

The marina of Lusail is currently under construction as well, but once completed it will be an entirely new destination for visitors to Qatar.

Already home to Lusail’s multicoloured stacks, the Marina Twin Towers, the Katara Towers will also have direct access to one of the marina’s brand-new man-made beaches on a satellite island right in front of the harbour.

Here, guests will be able to indulge in a variety of water sports, take advantage of leisure and entertainment facilities and sample the delicious food and drinks on offer in one of the marina district’s many F&B outlets.

The Katara Towers Lusail Marina District will also be linked to the Iconic Towers by a promenade bridge which will act as a landmark in Qatar.

Features and amenities at the Katara Towers

The Katara Towers Lusail Marina District will be a mixed-use development housing a range of functions and amenities spread over its 36 floors, podium and two towers.

The most attractive elements will be found in the arched towers, which house both a luxury 5-star hotel and a lavish 6-star venue, as well as branded apartments for sale, upscale boutiques and shops, exclusive cinemas, cigar rooms and signature eateries.

There will also be ample meeting and conference spaces so that the Katara Towers will appeal as much to business travellers as they will to leisure guests.

Beautifully landscaped gardens at the foot of the development are for guests to enjoy and take refuge from the intense heat of the Qatari afternoon. 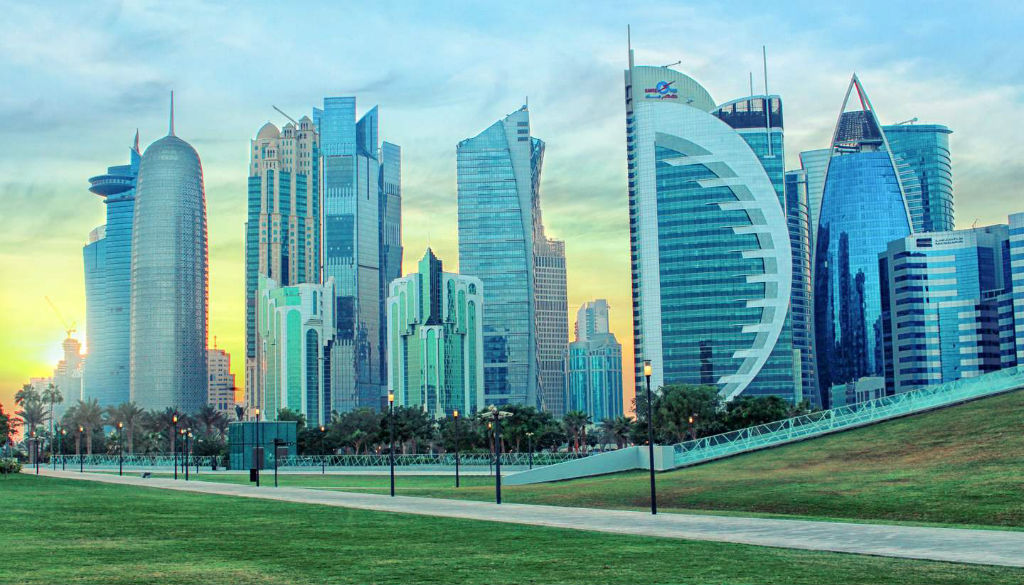 Check out the hotel project pipeline in Doha

Why Qatar’s project pipeline has quickly become one to watch

Meet the top 5-star hotel brands in the Middle East