The more they try to break Sri Lanka, the stronger we will grow: hotelier Vishnu Vethody

People pay tribute to the victims of Sri Lanka’s Easter Sunday attacks. The latest death roll has been revised to 253.

It’s heartbreaking to see terrorists trying to dent Sri Lanka’s hard-earned transformation from a war-torn country to a leading global tourist destination. But Sri Lanka cannot and will not be suppressed, says hotelier Vishnu Vethody

Ever since news broke of the Easter Sunday terror attacks in Sri Lanka, he has been desperately trying to contact family, friends and staff back home to check if they’re safe and to try and provide whatever support and guidance he can from afar.

“There have been many narrow escapes,” Vethody told TOPHOTELNEWS in an exclusive interview. “A week earlier, I was in the very same restaurant at Shangri-la in Colombo with a friend, having the lunch buffet.”

“And on April 21, had the attackers struck during lunch instead of breakfast, I would be attending funerals right now — I had friends and some family booked for the Easter Sunday brunch in the targeted hotels,” he shared, his voice shaking.

REVISITING NIGHTMARES OF THE PAST

Sri Lanka has dealt with terrorism and internal security threats from the Tamil Tigers (LTTE) group for some 30 years.

“It’s a particularly nerve-wracking time for everyone back home in Sri Lanka. Since Sunday, the country is in a state of shock. It felt like waking up to nightmares of the country’s past,” Vethody said.

At the height of the government’s civil war against the LTTE, it was “normal” for people in the country to wake up to news of war and bloodshed.

“Growing up in Sri Lanka, news of war was a constant. We did not really know any other kind of life,” Vethody recalled, “We were so used to – and scarred by – war and related troubles growing up that after the civil war ended, it took us some time to even get used to the new era of peace.” 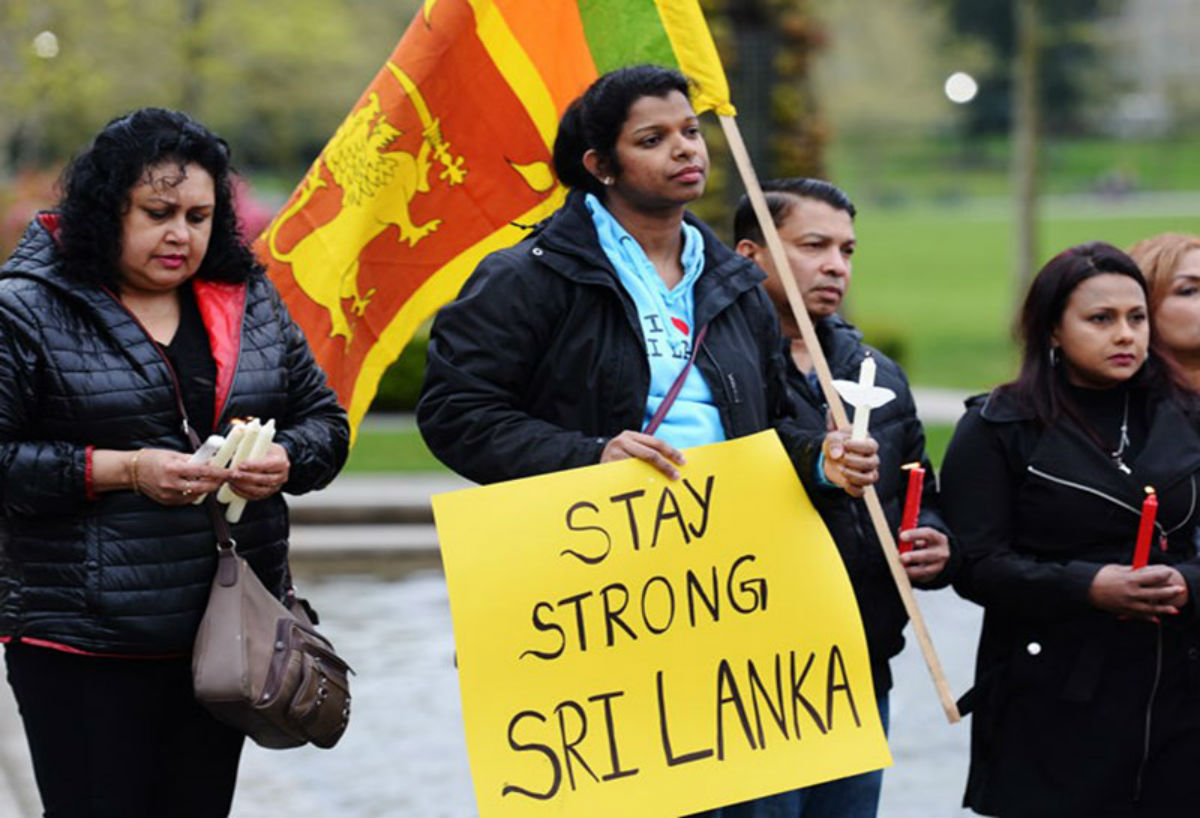 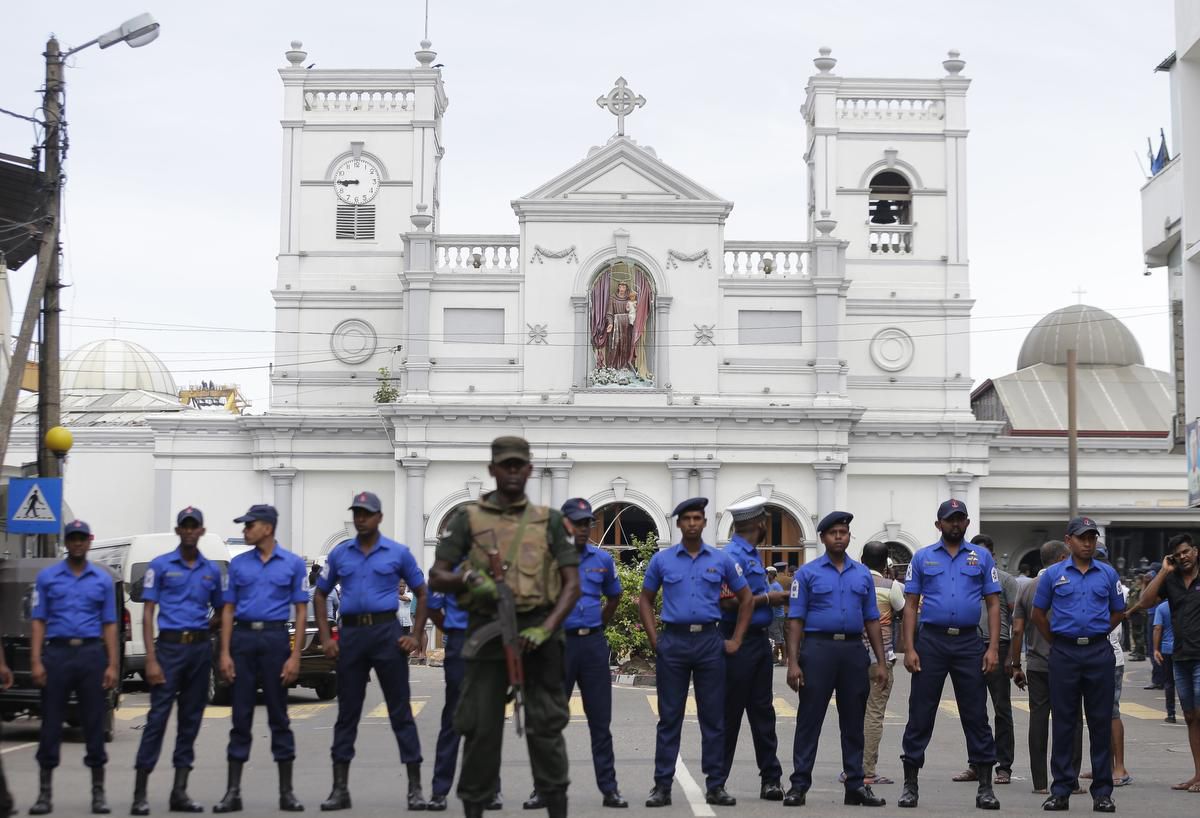 In May 2009, the government declared military victory over the rebel group. The new era of peace and stability paved the way for Sri Lanka to grow.

This phenomenon was most significantly witnessed in the booming tourism and hospitality sector. Over the last 10 years, by some estimates, 30,000 hotel rooms were added in Sri Lanka. According to TOPHOTELCONSTRUCTION, the country currently has 25 hotel projects with a total of 6,851 rooms in the pipeline.

Furthermore, by end 2018, the Sri Lanka Tourism Development Authority reportedly gave the green light to the development of 18,760 guest rooms across the country at an estimated total value of $2.9 billion.

The rising trend in tourist numbers is also remarkable. In 2018, Sri Lanka saw 2.3 million visitors, up from 654,476 in 2010. In fact, Lonely Planet in 2019 declared Sri Lanka as the number one tourism destination in the world.

“We grew from a war-torn country a decade ago to the number one tourist destination in the world in 2019. It breaks my heart to see such barbaric acts committed by a few individuals, trying to dent all this progress and these accomplishments,” Vethody said.

“Heinous acts such as these, represent no religion or group or race. They are driven by hatred and misinformation; and conduct senseless, mindless acts with no explanation or justification.”

“However, they will fail to divide Sri Lankan society. In Sri Lanka, mosques, churches, temples and synagogues are often in the same vicinity. Our people are warm, welcoming, and truly mingle with all races from all over the country and the world.”

“Anyone who has ever visited Sri Lanka will attest to our deep-rooted sense of hospitality and humanity. Sri Lanka is a country where even as a tourist you could go to any part of the country, not speak a word of Sinhalese or English, but still get help, water, food or shelter when you need it. That’s the Sri Lanka we all know and love. And that’s the Sri Lanka that cannot be suppressed. Hospitality is in our culture. It’s in our heart,” Vethody said.

HOSPITALITY HIT IN SHORT TO MID-TERM

The immediate impact of Sunday’s attacks are already being felt by the Sri Lankan hospitality sector, with several hotels reporting cancelled bookings and tourists cutting short their vacations in the country.

“Short and mid-term damage to the hospitality sector is to be expected. Before the industry can recover, we as human beings and as a nation need to recover. And we will recover,” said Vethody.

‘“Thorough and serious investigations need to take place to nail the perpetrators, and their networks. Security will no doubt be ramped up even further, not only in hotels but across public spaces in Sri Lanka. The need of the hour is to study and eradicate any remaining imminent threats. Our security forces are working tirelessly in this regard.”

“Sri Lankans have really banded together to show their support for those working day and night to help the victims and to safeguard national security at this time. Even the support, thoughts and prayers from the global community has been moving.”

“A good model to follow would be that of Mumbai’s Taj Mahal Palace Hotel after the November 2008 terror attacks. While the scars remain, exemplary systems and protocols were put in place to prevent further attacks. In fact, the way Taj bounced back from those attacks has become a case study at Harvard,” Vethody said.

HOW CAN SRI LANKA & INDUSTRY RECOVER?

What can hotels do in the aftermath of the attacks?

“For hotels not only in Sri Lanka but also around the world, my message is we need to hope for the best and prepare for the worst.”

“The Sri Lankan hospitality and tourism industry will need to work extra hard to make guests feel safe. An important factor going forward will be not to impose heavy-handed security restrictions, unless deemed necessary, but instead to work with guests and make certain suggestions regarding their safety with clear reasons why. The final decision to heed these guidelines then lies with the guests,” Vethody said.

“Sadly, violence has been a part and parcel of human existence. But violence cannot define us. It’s how we bounce back that defines us.”

“And Sri Lanka will certainly bounce back. Because we’re a resilient people, which has been proved time and time again. The more they try to break us, the stronger we will grow.”

Vishnu Vethody was first involved in the business and financial sector as an investment advisor before moving into the hospitality industry. He is currently in Singapore after completing his MBA at Singapore Management University.

It’s heartbreaking to see terrorists trying to dent Sri Lanka’s hard-earned transformation from a war-torn country to a leading global tourist destination. But Sri Lanka cannot and will not be suppressed, says hotelier V. Vethody