More than 300,000 hotel rooms will open across the continent in the coming years, the TOPHOTELPROJECTS construction database reveals, with the UK leading the charge.

Our dedicated research team is tracking no fewer than 1,791 hotel schemes – accounting for an astonishing 304,060 rooms – throughout Europe.

The UK keeps on building

Despite the challenges arising from Brexit, the UK remains Europe’s busiest hotel market, with 428 projects and 62,852 keys in the pipeline. This puts it just ahead of the continent’s largest economy, Germany, which has 351 schemes and 54,830 rooms. France rounds out the top three courtesy of its tally of 107 hotels with 17,594 keys.

It’s a similar story in the city-by-city stakes as the UK’s capital sees off all challenges to successfully claim the number one spot. London has 99 projects and a hugely impressive 17,566 rooms on the cards, comfortably beating Dublin (52 hotels, 7,427 keys) and Paris (29 schemes, 5,994 rooms) into second and third respectively.

We won’t need to wait long for many of these plans to come to fruition either, as over a third of the developments are expected to complete this year. Our data indicates that 637 projects and 102,744 rooms will be ready by the end of 2022, while a further 318 schemes and 54,156 keys are due the following year. Activity levels will drop markedly in 2024, however, with just 168 hotels and 31,524 keys currently in the works, although 668 projects with a whopping 115,636 rooms have already been pencilled in for 2025 and beyond.

Incidentally, only around a third of the schemes we’re following are in the luxury segment. A total of 544 projects and 93,067 rooms are targeting the five-star category, with the rest (1,247 hotels and 210,993 keys) focusing on the less exclusive four-star market.

And if you’re wondering who’s behind all this expansion, then it may interest you to know that Hampton by Hilton is Europe’s most prolific brand thanks to its scorecard of 38 upcoming projects with 6,356 rooms. Radisson Blu Hotels & Resorts (27 schemes, 5,509 keys) just pips Mercure Hotels (23 hotels, 2,901 rooms) to the runners-up spot.

Did you know that 1,800 hotel projects are in the pipeline in Europe? Get your free copy of our latest report for more details.

Hotels worth highlighting in Croatia, the UK and Denmark

There are lots of exciting newbuilds being planned across the continent, but undoubtedly one of the most luxurious is Four Seasons Resort Hvar, earmarked for a prime waterfront site at Brizenica Bay in Croatia. We understand that building work still hasn’t started on the scheme, which has no scheduled opening date despite previously being lined up for a 2019 launch. It’s hoped that the project will ultimately feature a 148-room hotel and 60 Four Seasons Private Residences plus various swimming pools and private infinity pools, a spa and fitness centre, multiple F&B outlets, shops, and extensive conference and banqueting areas, with architectural design courtesy of Gensler – London and Scott Brownrigg and interiors from Richmond International, Tihany Design and Atellior – Zagreb.

Already under construction, by contrast, is Art’otel London Hoxton, a 27-floor mixed-use development comprising 343 guestrooms and suites as well as five floors of office space. Among the facilities being promised are galleries hosting a rotating calendar of exhibitions on the lower ground floors, and a destination restaurant, bar, lounge and gym on the upper floors. Squire + Partners is looking after the architecture for this scheme, which is expected to open in Q1 2024.

Lastly, Scandic Spectrum in the centre of the Danish capital will cover an area of 40,000 sq m when it launches in March 2022. It’ll boast 632 rooms, restaurants and cafés across three floors, a rooftop bar with terrace, and a pool and relaxation space with gym. Dissing+Weitling is working on the architectural design, with interiors by Space Copenhagen and landscape design handled by Kwøl Landskab. 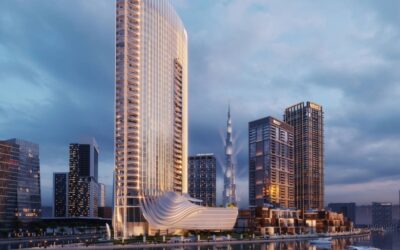 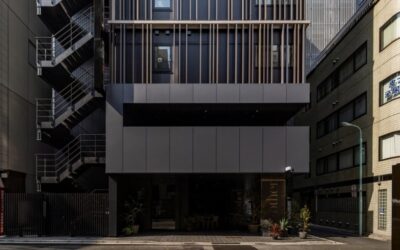 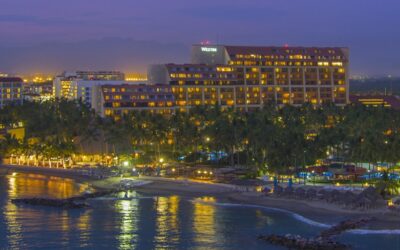 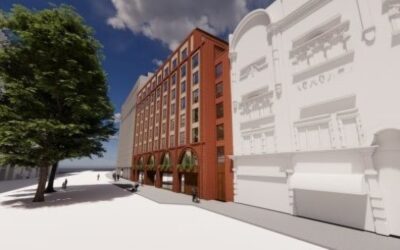 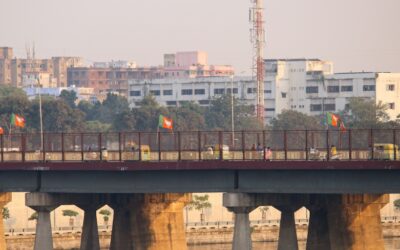