by Clare Nicholls | 08 Aug 2022 | Project of the Week, Projects, Refurbishments 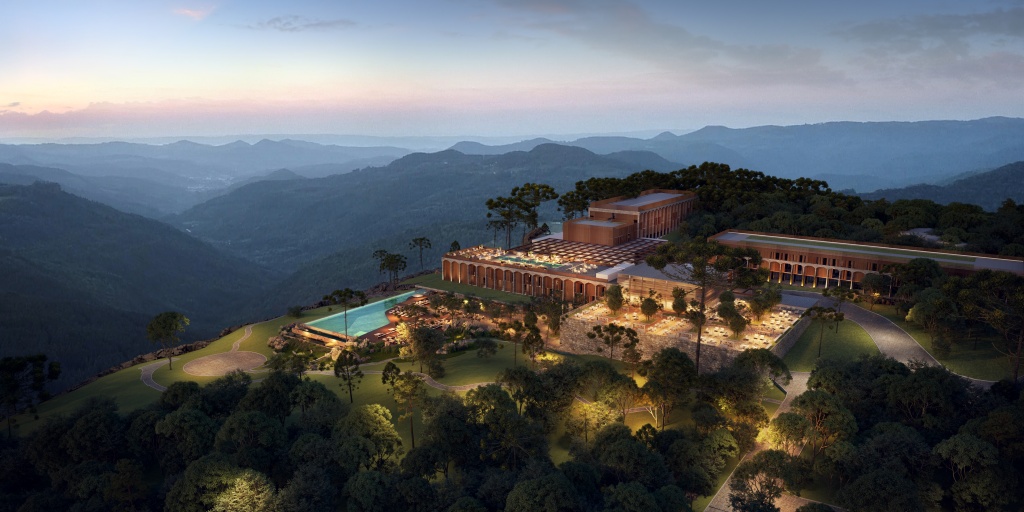 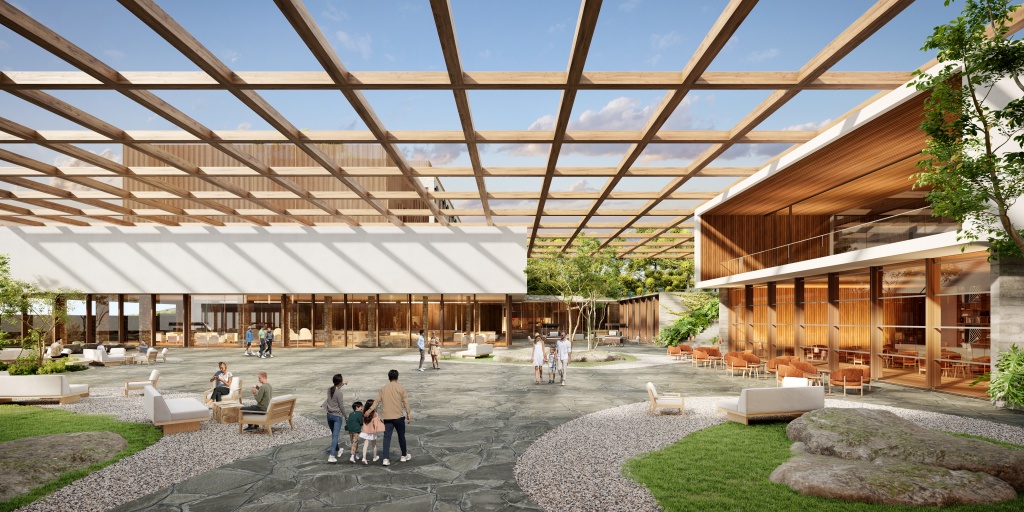 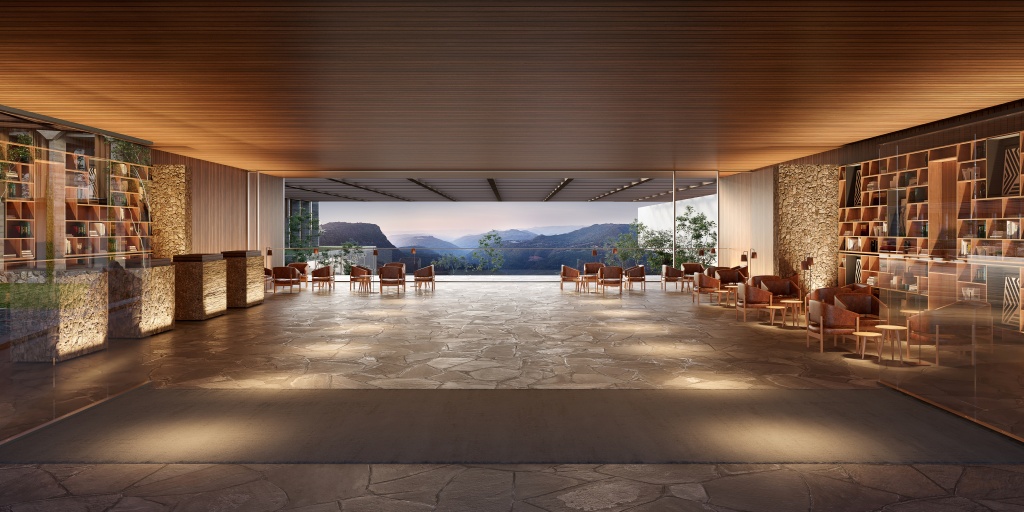 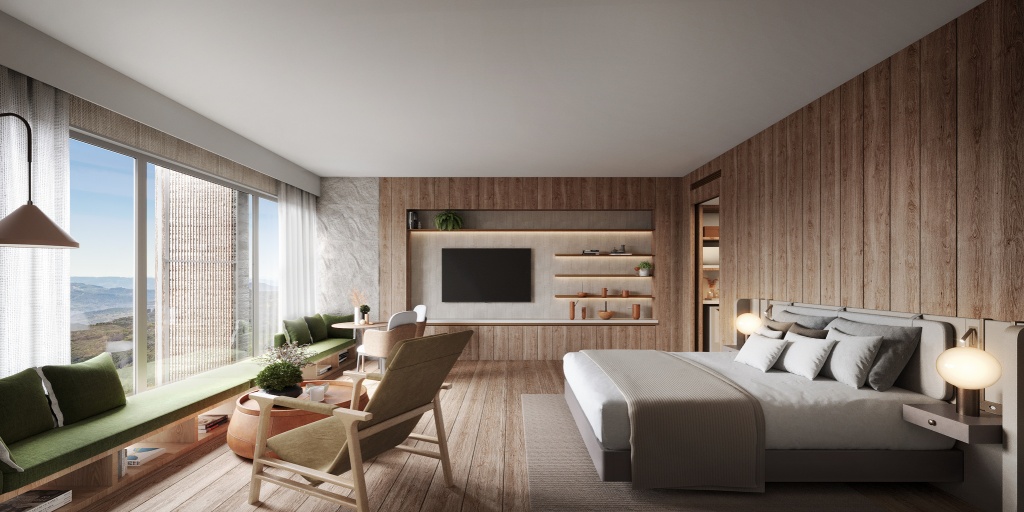 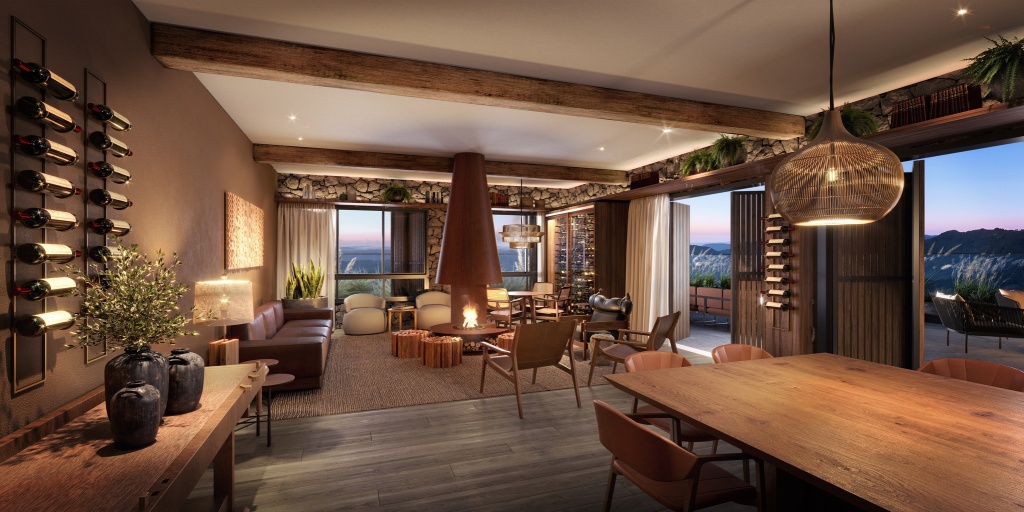 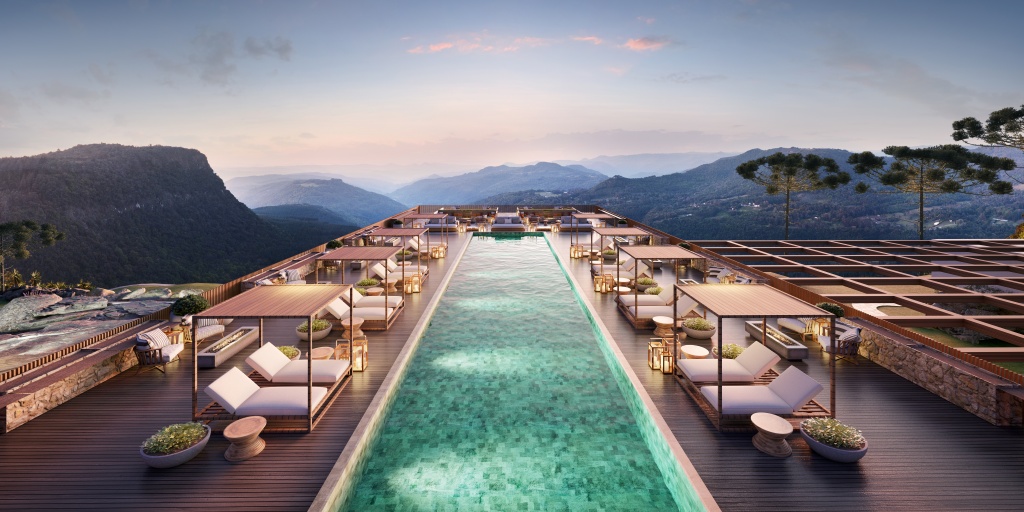 Kempinski Hotels’ first foray into the southern hemisphere earns our latest ‘Project of the Week’ title with a spectacular clifftop development.

The luxury European brand is making a splash in Brazil with the renovation of the historic Laje de Pedra Hotel in the Serra Gaucha region.

The deal was part of a mission to open up and develop the Brazilian market for Kempinski, in partnership with LDP Canela S/A.

The hotel has an imposing modernist architecture, built in 1978 according to plans by Oscar Niemeyer’s disciple Edgar Graeff. The impressive site in Canela showcases a spectacular view over the Quilombo Valley on top of a 400 m cliff. After extensive modernisation to carry the spirit of this well-known property into the present, Kempinski Laje De Pedra Hotel & Residences is scheduled to open in 2024.

According to Bernold Schroeder, Kempinski’s interim CEO and chairman of the board of directors, the development’s aim is “to bring this architectural icon back to life, through a commitment to first-class quality combined with timeless elegance and to position it as a destination of the highest level”. He emphasised: “This is an excellent opportunity for us to enter the South American market through an exceptional project.”

The deal was seen as an unmissable investment for the project partners from the outset. José Paim, who acquired the hotel in 2020 from the Habitasul Group, along with José Ernesto Marino Neto and Márcio Carvalho, said that he did not hesitate when the opportunity arose. He recalled: “I’m from Rio Grande do Sul and I have known Laje de Pedra since it opened and, like everyone else who has been there, I have a great emotional attachment to the place. It’s one of the most beautiful places I’ve ever been, with a great deal of historical significance – something which all Kempinski properties have.

“We are very proud to bring the very first Kempinski Hotel in the Southern Hemisphere of the American continent to Hotel Laje de Pedra in Canela. This move will definitely position Canela and the region within the luxury destination circuit in South America.”

Laje de Pedra’s restructuring plan includes important architectural refurbishment and expansion work in order for it to regain its leading position in the leisure hotel industry in Brazil. Architects Perkins & Will have been tasked with leading the extensive modernisation programme, with Anastassiadis Architects designing the interiors. Sergio Santana will provide the landscaping.

The hotel will house 330 apartments in a total area of 61 thousand sq m, with state-of-the-art residential suites ranging in size from 54 to 290 sq m. Some of the homes at Laje de Pedra will be sold under a shared ownership scheme, which, for example, could mean some apartments have four co-owners, who would each be able to use the space for 13 weeks a year.

The ultra-premium private residences will also provide all the services of a six-star hotel, including on-call butler, cellar and an individual private garage, secured to protect luxury cars.

Eating and entertainment in style

The hotel’s attractions will include four restaurants, including a steakhouse in a modern Gaucho style and an Italian enoteca, five international bars with spacious terraces and unique views, plus a wine bar and a rooftop bar with an open fireplace.

Entertainment and relaxation for guests comes in the form of a 1,000 sq m gym, a sophisticated European-standard spa, a Kids Club and a rooftop heated pool. The project will include meeting and conference rooms, as well as a hotel theatre.