The Lindner Hotel Am Michel in Hamburg

In a bid to create solid long-term investments, the Bayerische Versorgungskammer (BVK) has partnered with GBI AG, a German project development company, to invest in and manage hotel properties in Europe’s Germany (D), Austria (A), and Switzerland (CH) — or DACH — region via a fund created by Frankfurt-based Universal-Investment.

The new fund’s strategy is to build a high-value, long-term portfolio. An initial investment of €500 million ($560 million) will go towards this goal.

With about €77 billion ($98 billion) of managed funds, the BVK is one of Germany’s most important institutional investors.

The collaboration between GBI and BVK officially began in early 2019 when the purchase of the fund’s first hotel property, the Lindner Hotel Am Michel in Hamburg, was decided.

“Set in a perfect downtown location in one of Germany’s most dynamic hospitality markets, this 4-star hotel is a fitting first step for the fund,” says Simon Behr, Director of Fund Management & Transaction at GBI AG.

Opened in 2008, the 4-star hotel set in Neanderstreet has 259 modern rooms and comes with a large events and conference space with seven meeting rooms. After being run by Lloyd Fonds AG for over 10 years, it has now been sold to BVK’s new fund.

“Hospitality projects are very attractive for long-term investors. Especially the multi-year management contracts offer a high level of security and predictability. The Lindner Hotel in Hamburg is the ideal choice because it ticks all these boxes,” Christoph Geirhos, Head of Real Estate Acquisition and Sales at BVK, explains.

Fund managers are now looking around Austria, Germany and Switzerland to add similar hotel and long-stay properties in the 2 to 4-star range to the portfolio. Apart from top cities such as Hamburg, promising second and third-tier cities are being considered.

“As we search for more properties, we are also looking at ones which are still in the pipeline or at other stages of development,” Geirhos says.

This means new constructions, refurbishments and the takeover of existing projects is on the table.

Here is a TOPHOTELCONSTRUCTION infographic detailing the hotel pipeline in Germany. 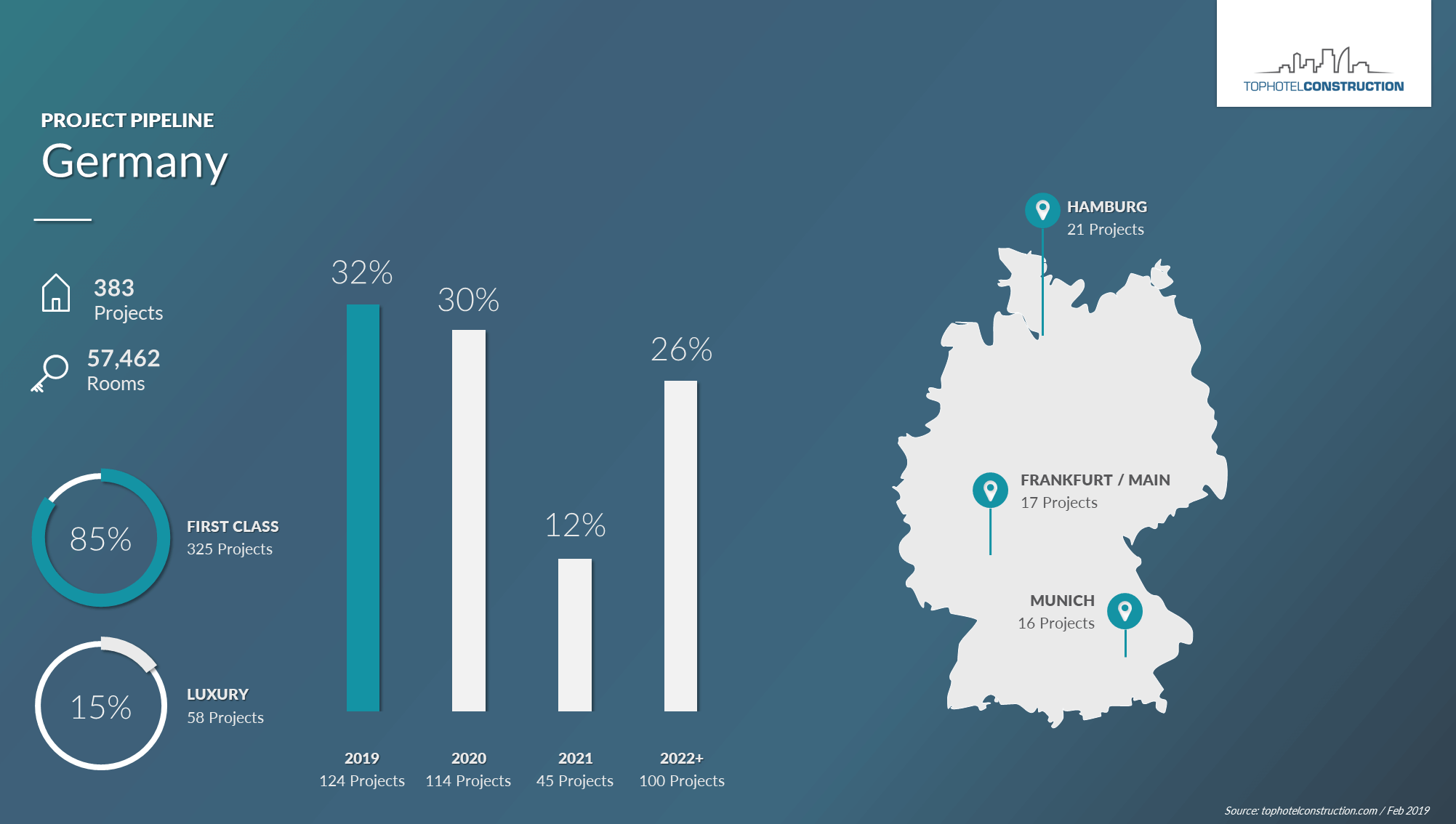 Let’s take a look at a few other projects currently underway in Hamburg: