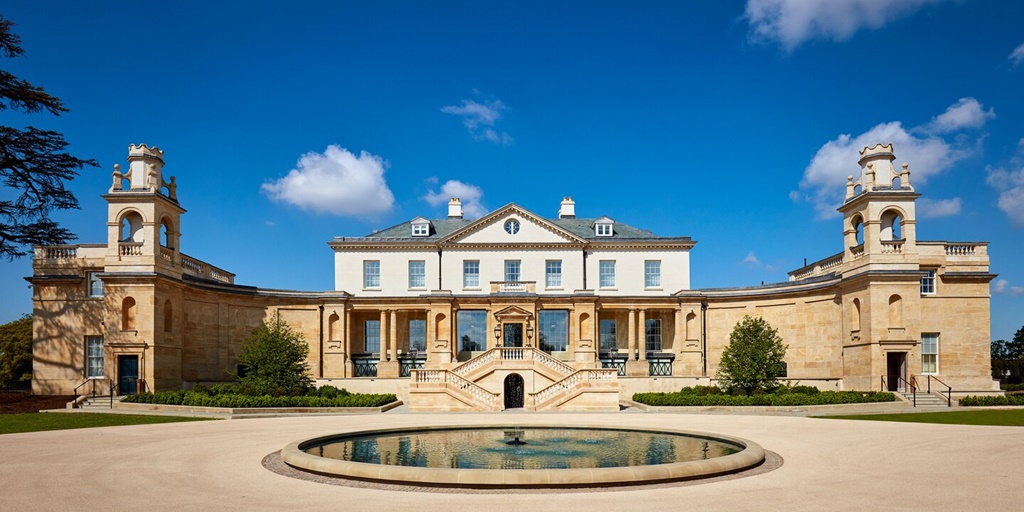 A former hunting lodge belonging to the Duke of Marlborough has taken on a new life as The Langley in Buckinghamshire.

Aristocratic opulence abounds in this transformed stately home, a Palladian-style palace which now welcomes guests as The Langley, a Luxury Collection Hotel.

We take a look inside at the regal renovations that have taken place.

Everyone loves a comeback story, and perhaps there is no greater tale than the restoration of a place of fading grandeur.

Such is the case with a newly opened exclusive hotel, once the haunt of the rich and the royal, it now welcomes paying guests.

The Langley, A Luxury Collection Hotel, is a Grade II listed structure in Buckinghamshire which was once home to the third Duke of Marlborough.

Following an extensive six-year restoration which costs millions of dollars, the Palladian-style villa has been transformed into a luxurious five-star boutique hotel which channels the charm of an English country estate while at the same time soaring past the standards of a typical hotel.

On-site is also a listed Brew House and immaculately landscaped gardens, which were designed by Lancelot “Capability” Brown, a famous landscape architect and gardener from the 18th century.

Design fit for a king

Overhauling the property, which was close to dereliction, was no easy task, but the designers at Dennis Irvine Studio were more than up to the challenge.

The firm is known for their careful and thoughtful execution of high-end residences and super-yacht interiors, so they were able to bring their extensive knowledge to the table.

Dennis Irvine spoke of the design challenges he faced in conceiving of The Langley, saying, “Because the property is Grade II star listed, heritage and planning societies were involved every step of the way and had to approve and permit many of the works.”

This collaborative effort has resulted in a seamless recreation and maintenance of period details, from plasterwork to masonry.

The exterior stonework has been preserved and enhanced, while fireplaces, mosaic inlays and bronze Venetian doors have all been restored to their former glory.

This 41-room property oozes style and charm at every turn, and luxurious new elements and features such as a Turkish hammam, a Himalayan salt room and the marble swimming pool take their places alongside traditional aristocratic spaces such as a cigar and cognac bar, a Victorian rock garden and the afternoon tea room.

The overall effect is one of opulence and elegance, done in a way that only the British can do. 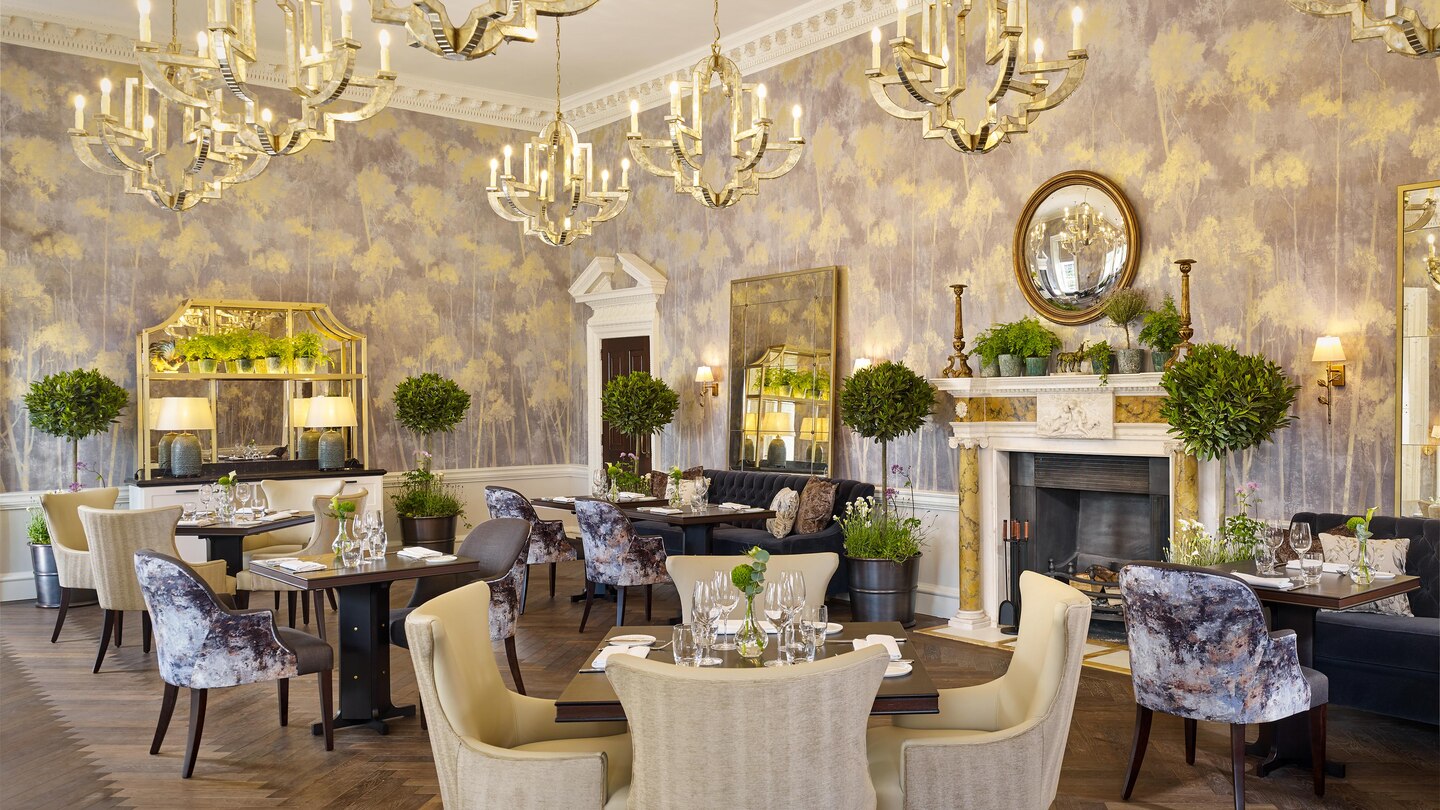 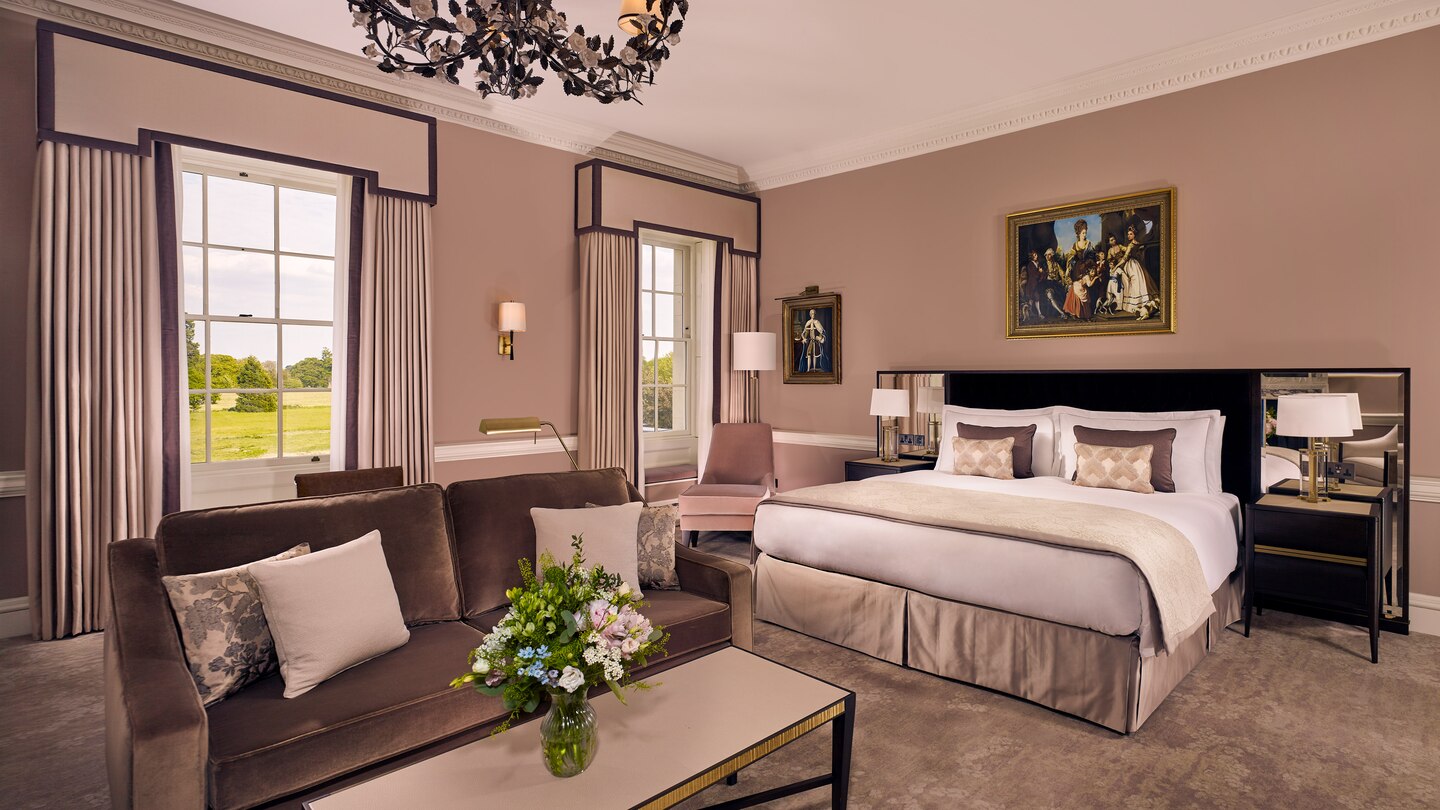 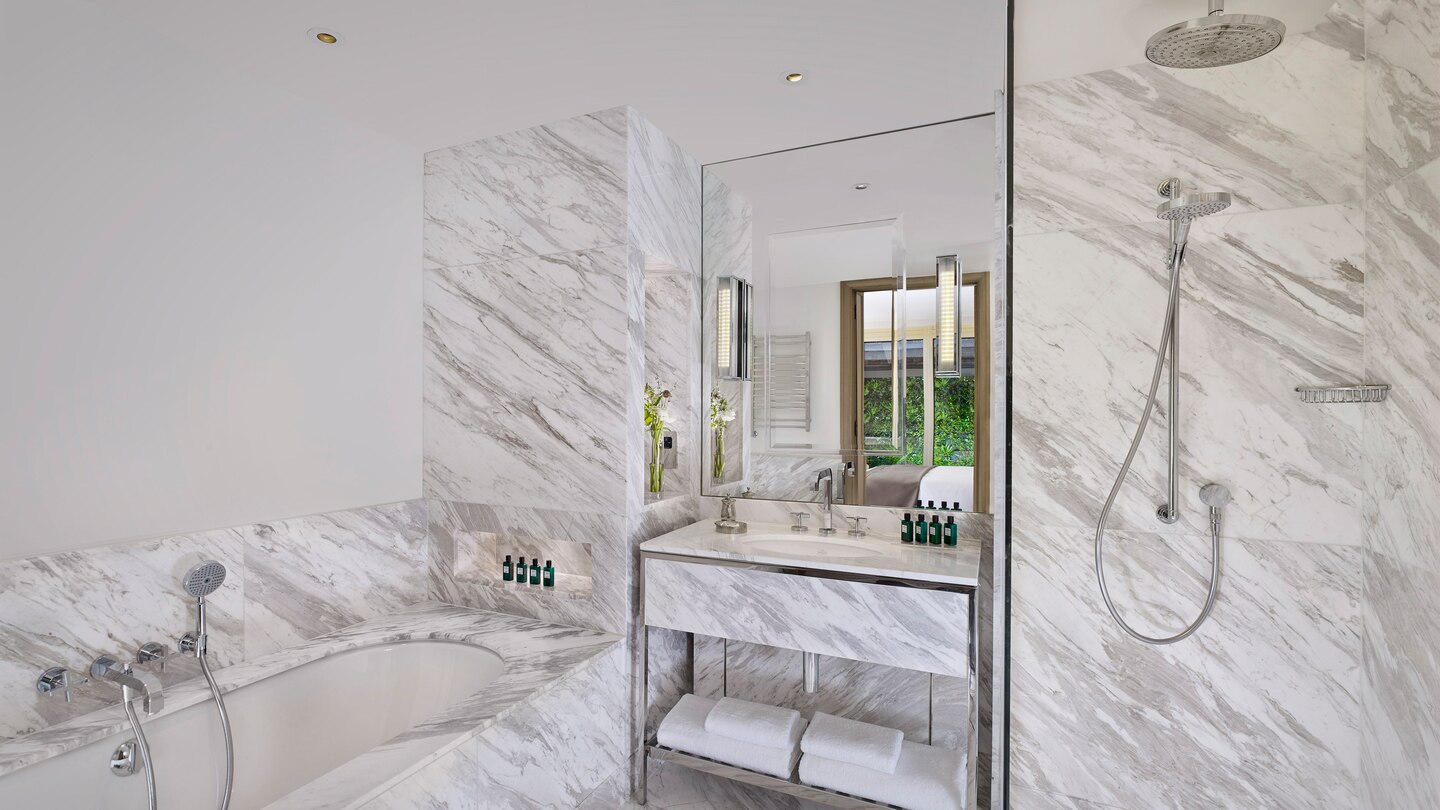 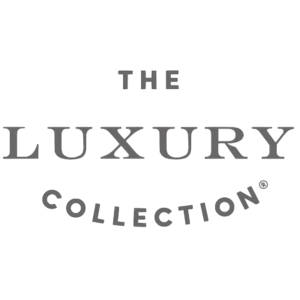 [tweetshareinline tweet=”Feel like #royalty at the newly opened #Langley and walk in the footsteps of the royals and aristocrats who lived here in days gone by.” username=”tophotelnews”]