Expert’s Voice: How Vision Hotel in Italy assembled a 4-star hotel in 60 days

Following the principles of integrated design, Alberto Apostoli, Architect and SPA Designer, describes the construction of a modern, sustainable 4-star hotel that only took 60 days to build

Peschiera del Garda, a UNESCO city since 2017 for its Venetian defense walls, is the splendid location for the new hotel designed by StudioApostoli, a few meters from the beach, with a breathtaking view of the lake.

Erected on a lot of 6,000 sqm, Vision Hotel is a building whose structure is the result of the integration, and the related construction techniques, of wood, XLam and steel. This allowed the general contractor #Rubner to assembly the wooden construction with a total of 1,655 meter cube wall elements and 2,214 meter cube ceiling elements in 60 days only.

The building is distributed over 3 floors, for a total of approximately 1,500 sqm and consists of 32 rooms, 2 apartments, breakfast area, bar, reading room and the Azdora Café restaurant.

From the architectural point of view, the building is characterized by the large façade composed of “jutting volumes”. The balconies of the rooms, in fact, are staggered and give life to dilated and asymmetrical spaces. This movement is underlined by the presence of sunscreen panels, in expanded metal, arranged in an apparently random manner.

The use of large windows, unusual for this type of building, lightens the structure and makes it interact with the surrounding environment. In this project, the territory becomes a fundamental element, part of the style, design and expressive language. On a chromatic level, the “light gray” color structure is cut horizontally by the string courses and vertically by brise-soleils, all completely white.

The external safety staircase was resolved with an expanded metal volume that counterbalances the main stairwell, giving symmetry to the structure. The resulting scenographic effect transforms this element, usually difficult to manage, into an iconic and characteristic piece of the hotel.

Specific attention was given to the lighting project. Lighting, in fact, underlines the particular architecture of the building even at night, thanks to LED strips inserted in metal profiles that run vertically along all the pillars of the building.

On the roof of the hotel, there are photovoltaic and solar thermal panels that provide energy even to three columns for charging electric cars.

Inside, the three floors are characterized by specific colors and graphics for each of them, while the rooms, with a young and informal design, have a ceiling with wooden beams. The result is a project of emotional appeal, capable of attracting a diverse target, both foreign and Italian.

A very successful result made possible thanks to the approach on which Studio Apostoli has been focusing for years that is the “integrated design”. In addition to the architectural design, in fact, the studio produced the structural, MEP and interior design and oversaw the complete works management. 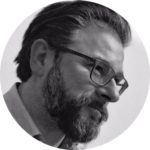 With an almost 22-year career in the design and architectural world, Roberto Apostoli is known for integrating his many special skills. He is considered one of the most important architects and designers in the field of wellness, and has worked on various projects including hotels, shops, offices, residences, mixed-use buildings and urban planning.

[tweetshareinline tweet=”The construction of a modern, sustainable 4-star hotel that only took 60 days to build” username=”tophotelnews”]