According to the TOPHOTELPROJECTS construction database, 56 four- and five-star upcoming hotel megaprojects will add a total of 15,858 rooms to the Egyptian hotel landscape.

Cairo sits at the head of the hotel development pipeline, with Ain Sokhna and Sharm El-Sheikh also proving to be hotbeds of construction.

Of the 30 four-star projects, adding 6,487 rooms to Egyptian capacity, and the 26 five-star builds providing a further 9,371 keys, 14 hotels comprising 4,482 rooms will complete this year.

Leading brands developing their portfolios in the country are Fairmont, Swissotel and Radisson Blu, with four hotels apiece. Fairmont’s constructions will bring 1,450 rooms online, Swissotel’s gain the brand an extra 1,350 rooms, while Radisson Blu’s new hotels should add 1,290 keys to the marque. 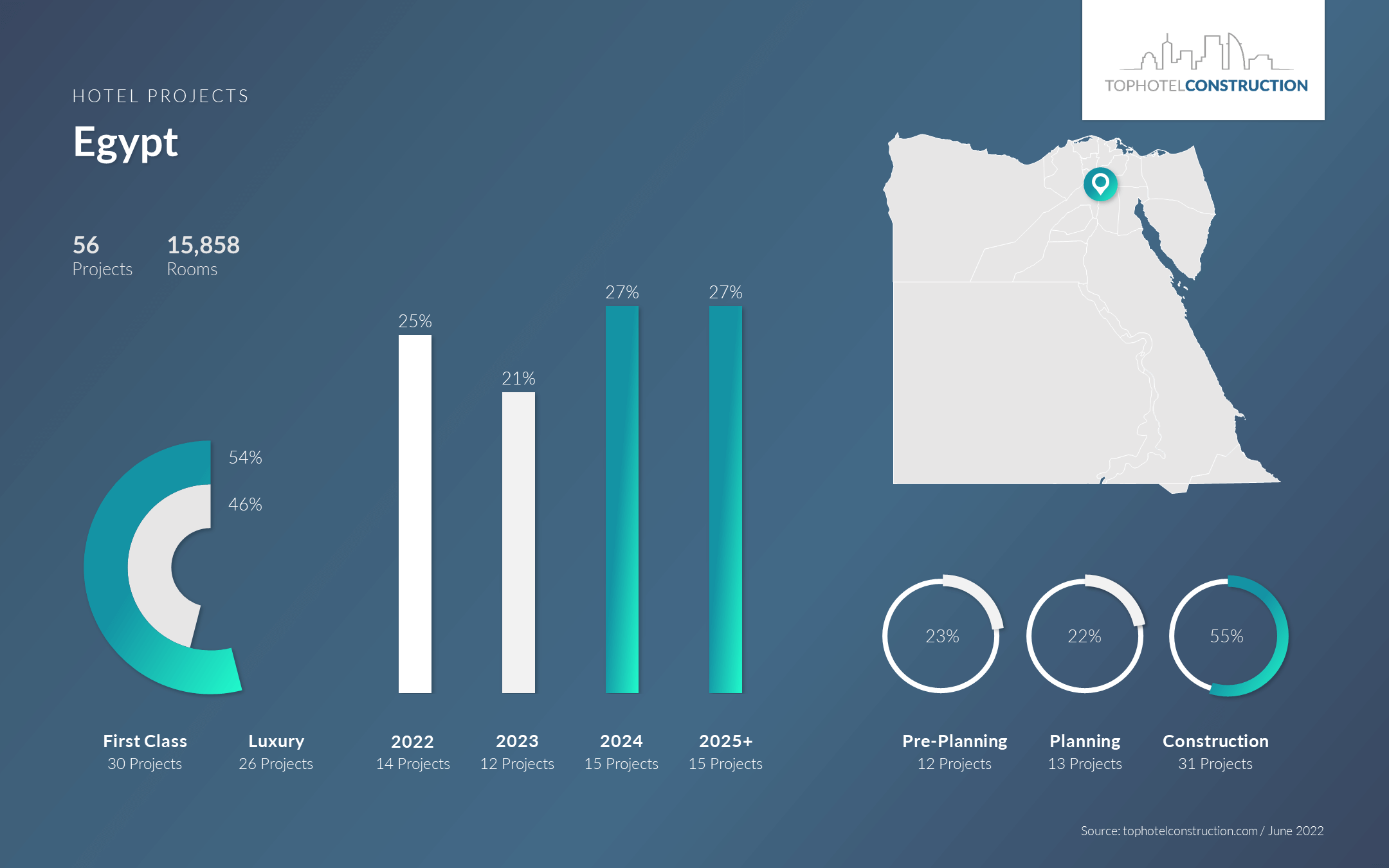 Prominent projects include two from Hilton, one in the historic port city of Ain Sokhna on the Gulf of Suez and the other in Egypt’s largest city, Cairo. Both are due to open in 2024.

The Hilton Ain Al Sokhna is a team up with real estate developer Misr Italia Properties. The five-star hotel will boast 150 rooms and 20 private villas, six bars and restaurants, a state-of-the-art spa, a fitness centre and convenient access to the beach.

While the Hilton Garden Inn Cairo East will become only the brand’s third Egyptian property, offering an upscale yet affordable hotel experience.

The hotel’s 250 guest rooms will be joined by a full-service restaurant, two bars, an outdoor pool and a fitness centre, as well as 300 sq m of meeting space.

The new property will be part of Leopard Construction’s mixed-use East Cairo development, which also houses recreational and cultural zones, as well as residential, educational, administrative and medical areas. 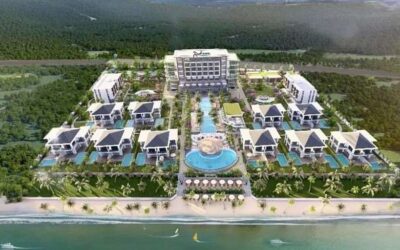