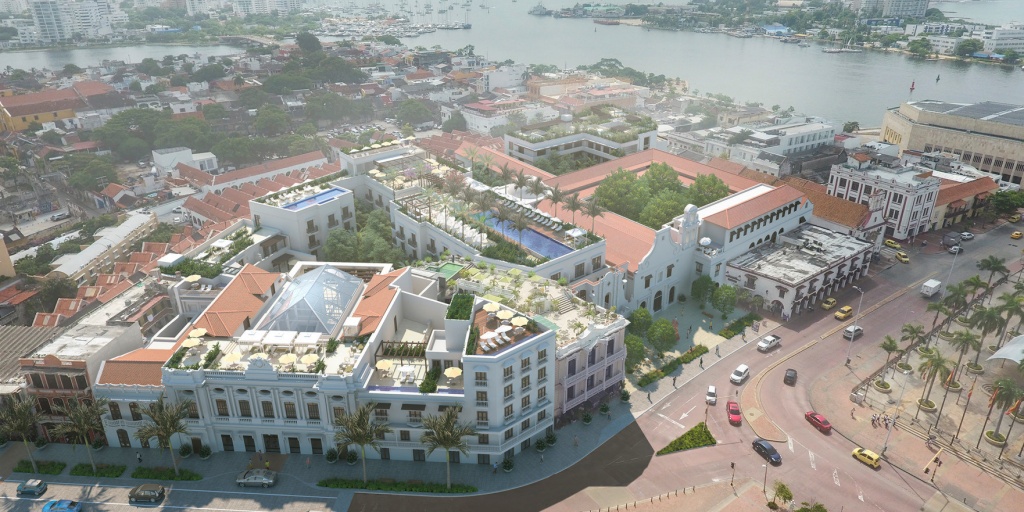 The TOPHOTELPROJECTS construction database gives insight into 35 new hotels, with a total of 5,841 rooms opening in Colombia over the next few years.

Cartagena, Cali and Santa Marta stand out as the destinations expecting a number of hotel openings within the country’s overall surge of new properties.

The coming years are set to see a significant boost to Colombia’s hotel scene with 23 four-star properties, together encompassing 3,975 rooms, and 12 five-star hotels, bringing together 1,866 rooms, on the horizon.

The cities with the most hotel development are Cartagena with a total of seven hotels comprising 1,119 rooms in the pipeline, Cali with five hotels encompassing 750 rooms on the horizon and Santa Marta with five hotels home to a total of 726 rooms set to open.

Several hospitality brands are heightening their presence in the country at this time. NH Hotels has five hotels, with 1,000 rooms between them, planned for development. Wyndham Hotels & Resorts plans to open three properties with a total of 490 rooms and Riu Hotels & Resorts plans to debut two properties with 400 rooms between them in the country. 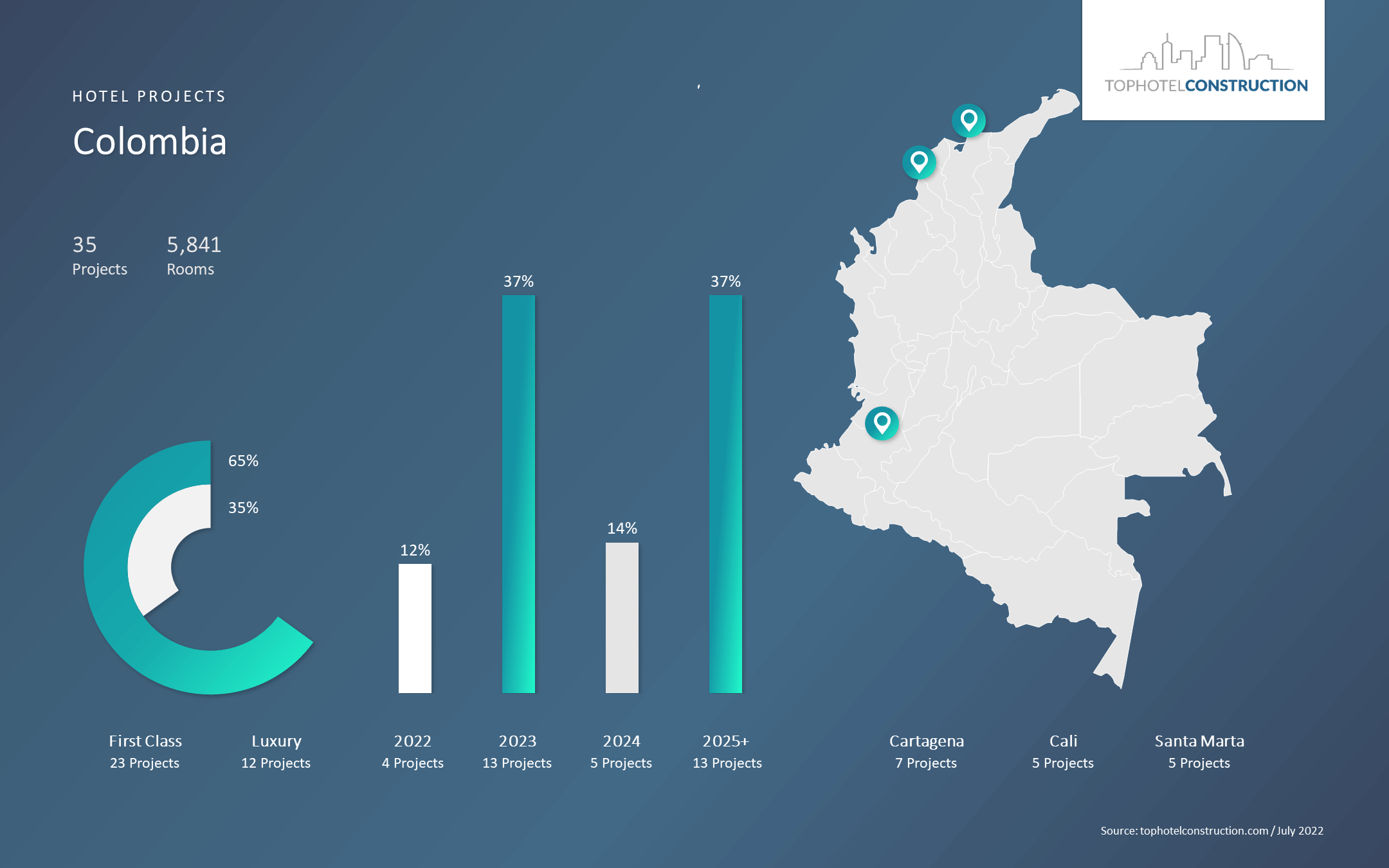 Forthcoming openings that stand out from the country’s impressive pipeline include the highly anticipated Four Seasons Hotel and Private Residences Cartagena and Hilton Santa Marta Pozos Colorados, which are both set to open late 2022.

On opening, this hotel and residences in the Getsemaní neighbourhood will encompass six AvroKO-designed restaurants and bars with indoor and terrace dining, an impressive atrium lounge, a rooftop pool with pool bar and grill all commanding views over Cartagena Bay and a signature Four Seasons spa.

Over in Santa Marta, the 261-key Hilton Santa Marta Pozos Colorados is taking shape as a new-build, 17-storey property catering for both leisure and business travellers.

Guests will benefit from a location right on the Caribbean Sea, luxurious accommodation options and an array of amenities including a signature restaurant, executive lunch restaurant, a grill bar, pool bar, sky bar and refreshment bar, plus an outdoor swimming pool, fitness centre and spa. Events will be hosted in more than 11,000 sq ft of flexible meeting space. 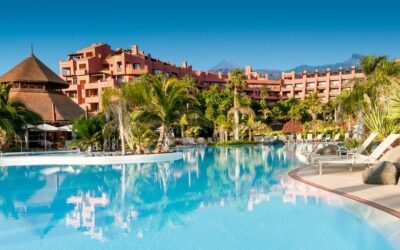