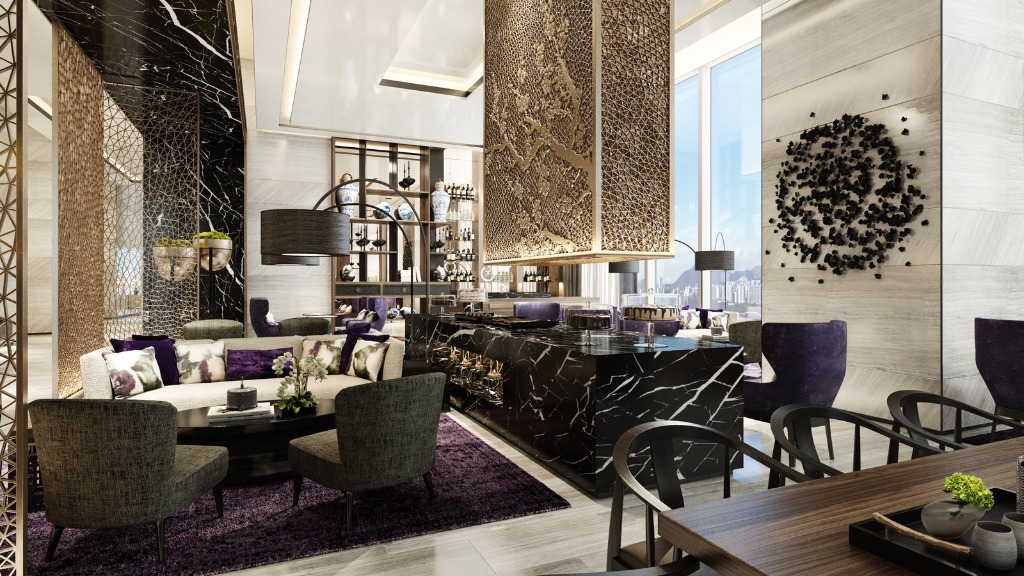 Shenzhen Raffles Hotel, designed by LW Design, was a finalist at the Creative Spark design competition in TOPHOTELWORLDTOUR Singapore

Taking the iconic Raffles brand from Singapore into a new setting was always going to be a challenge.

However, today, the final storeys of the new tower at the One Shenzhen Bay development in the booming Chinese city of Shenzhen are occupied by a new Raffles hotel.

Raffles at One Shenzhen Bay

The Shenzhen Raffles Hotel takes full advantage of the prestigious setting in this important new complex, offering guests panoramic views over the city, as well as sophisticated design which draws on traditional Chinese influences as well as international and contemporary inspirations to create a truly modern hotel.

Designer Adrian Battisby, from interiors firm LW Design, said he tackled the project head-on in an exclusive interview with TOPHOTELNEWS: “Taking a legacy brand like Raffles from Singapore and taking it into the future within One Shenzhen Bay was not without its challenges.”

“We looked at what the hotel needed to deliver to the guests in terms of experience and how we could satisfy the desire for modern luxury. The question for us was: How do we, as designers, take what people believe is very beautiful and bring that to the 21st century?” he added.

Crafting the story of Shenzhen

The design of the Shenzhen Raffles Hotel is the result of a layered reading of the client’s desires, coupled with a modern approach to hotel design in one of the world’s fastest growing and perhaps most future-forward cities.

Speaking of translating the client’s wishes into reality, Battisby says, “We needed to find a way to tell the story of Shenzhen within the property and include references to our client’s upbringing in the town. Reflecting all that in the interior design was really a delight for us and we’re proud of the work we’ve done. There’s one moment at the sky level where you come out and the city is encapsulated in an artwork. I think that is what the client wanted to say in a nutshell.”

There are several other elements within the hotel’s design which contribute to a place-based narrative, such as the Sky Lobby on the 34th floor, which affords guests expansive views over the Pearl River Delta. 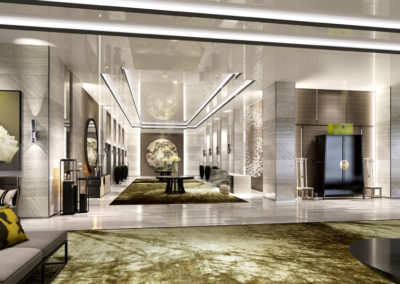 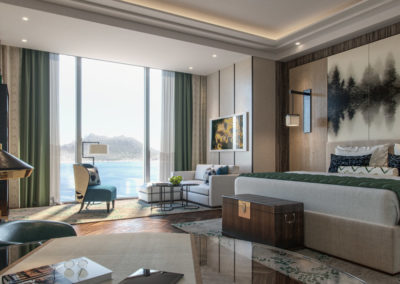 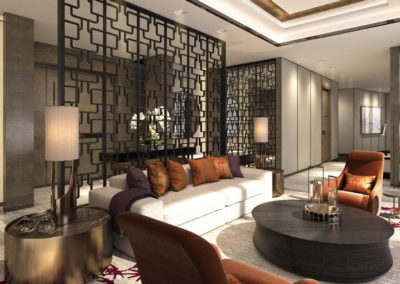 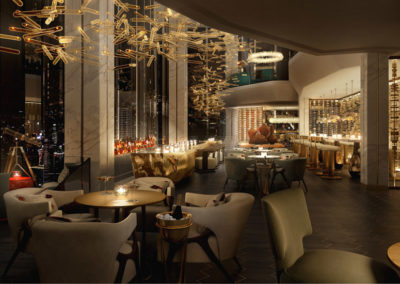 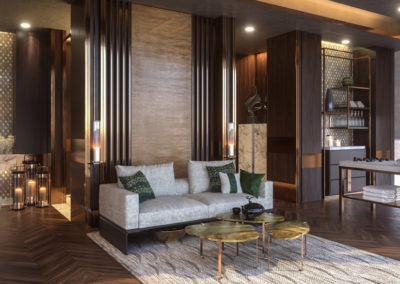 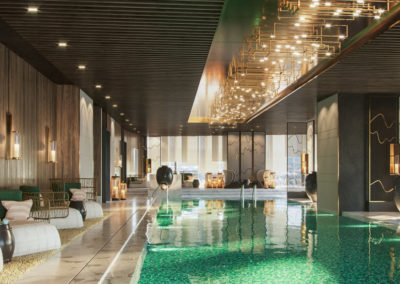 The choice of materials includes warm, comforting elements like wood, marble and metal, which are contrasted with hand-picked pieces of statement furniture.

Characterful F&B outlets, such as a cake shop designed to imitate a jewellery shop, and opulent bar and lounge areas, make for ideal places to rest, relax and soak in all the intricate details of the design, such as embroidered dragonflies on the back of the armchairs in the lounge.

If you’re a designer keen to enter your hospitality project for the Creative Spark competition, please get in touch with TOPHOTELPROJECTS Head of Global Events & Conferences Kayley van der Velde.

Let’s take a look at a few other projects currently underway by Raffles: 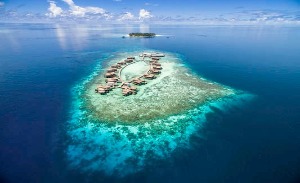 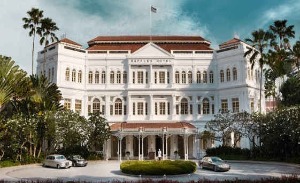 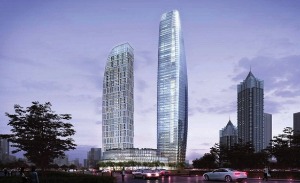 LW has established a worldwide presence in recent years, with a large number of impressive, award-winning projects coming out of offices in Dubai, Hong Kong , São Paulo and London.