The OWO, or Old War Office, will be home to 85 private serviced apartments, as well as a 125-key hotel and several signature restaurants.

A European first for Raffles is set to come to a London landmark in the near future.

The OWO, or Old War Office, will be home to 85 private serviced apartments, as well as a 125-key hotel and several signature restaurants.

We take a look inside this stunning property.

When Churchill’s Old War Office was put on the market in 2014, it was knives out for the interested parties.

An intense bidding war ensued, and the victors that emerged were the Hinduja Group and Obrascon Huarte Lain Desarollos.

The next battle was for the claim on the 125-key hotel, which has been granted planning permission, along with a suite of private residences, nine F&B outlets and a number of commercial and retail units.

The hospitality industry waited with bated breath to see which hotel group would be associated with the project, and in 2017, Accor entered into a partnership with Raffles to take the cake. This new alliance set their ambition as realising “the most unique hotel and deluxe residences in London”. And so it shall be, once the Grade II* listed property on Whitehall opens after a rebrand in 2022.

Gopichand P. Hinduja, the Hinduja Group’s Co-Chairman, spoke of the deal, saying, “This is an exciting and momentous day for the Old War Office as we reach the highest point of the building and announce the official name of the project as ‘The OWO’.”

“After an exhaustive process, Raffles was selected above other leading global hotel brands as our partner to deliver a world-class hotel experience of peace and warmth. We are delighted to announce Raffles as operators of the branded residences; the first of their kind in Europe. The level of servicing Raffles will offer to future residence owners is unparalleled and will set a new benchmark in London,” Mr Hinduja elaborated.

The historic property will no doubt have designers quivering at the thought of tackling a property that housed the imposing Prime Minister’s Old War Office, as well as rooms and halls that were frequented by the British aristocratic and political class, as well as the Secret Service.

Those tasked with overseeing the design are New York’s Thierry Despont, an expert in high-end residential and hospitality projects, who are charged with the hotel section of the building, and local studio 1508 London, who have been enlisted for the interiors of the 85 private serviced residences, the first of their kind by Raffles in Europe.

Ardmore Group, Toureen Group and Elliott Wood have formed a new construction team especially for this project, and works are expected to be completed in 2022.

Sébastien Bazin, Chairman and Chief Executive Officer of Accor, said, “Raffles is a beloved brand with British roots, named after the British statesman and founder of Singapore, Sir Thomas Stamford Raffles, so it is very fitting that Raffles is coming home to London and that this will be our first residential project in Europe.”

“It is an enormous privilege to be partnering with the Hinduja family and OHLD. We are thrilled to take part in this adventure and to add ‘The OWO’ to our Raffles collection, as this sublime location will undoubtedly make the list of the five most beautiful hotels in the world, alongside Raffles Singapore,” Mr Bazin went on to say. 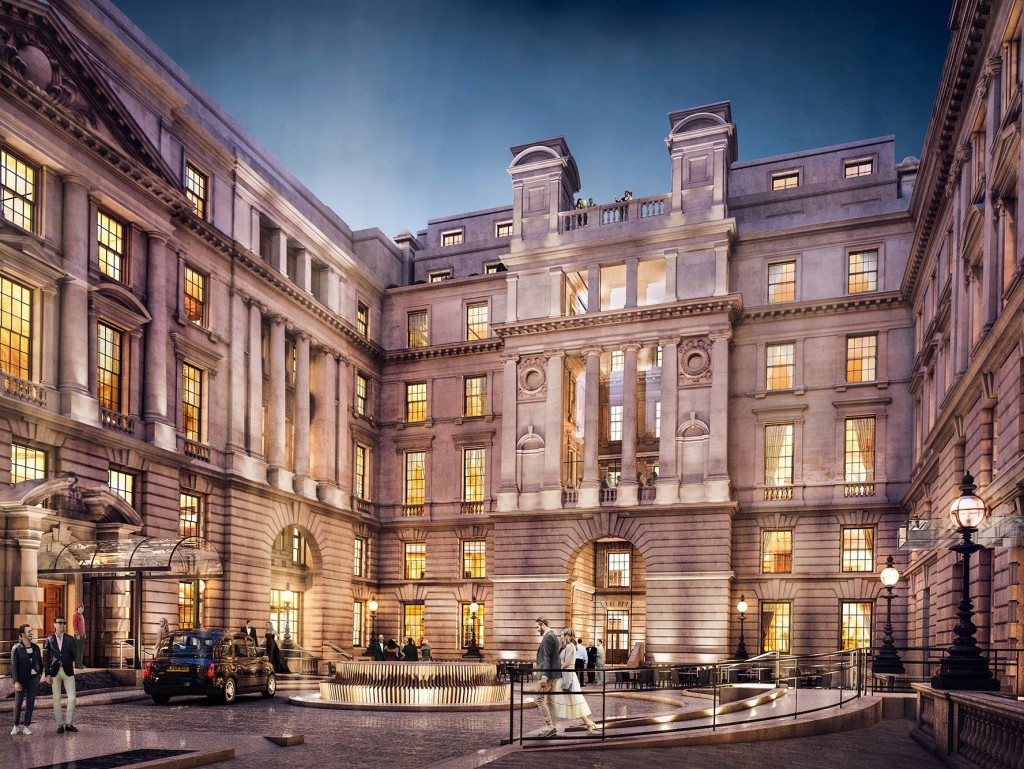