Insight from the TOPHOTELPROJECTS construction database indicates 60 new projects under the Novotel brand.

The hospitality brand is working towards adding 14,231 new rooms to its collection over the coming years.

Novotel is set to heighten its global presence over the next few years with 18 openings encompassing 5,140 rooms in Asia, 18 hotels with 3,139 rooms in Europe and 12 hotels with 1,890 rooms in Africa, as well as eight hotels with 3,571 rooms in the Middle East, three hotels with 385 rooms in Latin America and one hotel with 106 rooms in North America.

Saudi Arabia is the country with the most Novotel openings, as it looks forward to welcoming five properties with 2,843 rooms between them, followed by China, which has three upcoming openings comprising 1,170 rooms.

The leading cities for Novotel openings are Makkah, Milan and Riyadh, which each have two new Novotel hotels on the horizon.

Notable openings within this pipeline include the early 2024 opening Novotel at The Sage Gateshead in Newcastle and the third quarter of 2023 opening Novotel Überseequartier-Hamburg Süd.

The 187-key Novotel hotel and its sister property will come with facilities including a restaurant, bar and conference and event space.

Novotel Überseequartier-Hamburg Süd will then be a part of a mixed-use district on the river Elbe, with hotels from Pullman and ibis Styles as well as the Novotel Accor brand. These hotels will be spread across three building complexes.

These properties will be designed to blend seamlessly into the urban environment they’re in and to complement the area’s gastronomy, retail, entertainment and culture. The Novotel hotel will accommodate guests in 170 guest rooms.

Plans revealed for over 1,000 JO&JOE hotels in China

Imagery 2022 Accor Accor, Ennismore and Country Garden’s Funyard have announced plans to develop this portfolio of JO&JOE hotels across the country. The long-term master franchise agreement represents more than 100,000 guest rooms for the lifestyle brand. New...

The Movenpick Hotels & Resorts brand has 33 new hotels in the pipeline, adding an impressive 7,931 rooms to its portfolio. Asia is proving to be a particular focus for the brand with Vietnam expecting the most new Movenpick hotel openings. Global growth The...

Hilton plans to more than double lifestyle portfolio over next decade

Motto by Hilton Sao Paulo Ibirapuera Exterior (Imagery ©2022 Hilton) The pipeline of properties in Hilton’s lifestyle category is expected to more than double over the next 10 years. Signings in the Canopy by Hilton, Tempo by Hilton and Motto by Hilton collections... 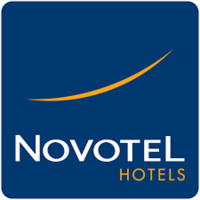 Novotel is an international brand for business and leisure travellers, with hotels located in the heart of major cities, business districts and tourist destinations.