Hilton Hotels & Resorts currently has no fewer than 140 hotel schemes with 40,131 rooms on the books, according to our researchers.

We can reveal that Hilton Worldwide’s flagship brand is focusing its expansion efforts on the APAC market to an extraordinary extent. At present, it has a staggering 72 projects in the works across the region, accounting for 19,908 rooms – around half of its entire development slate.

By way of comparison, traditional stronghold North America has just 19 hotels and 5,749 keys in the pipeline, while there are 16 schemes apiece in Africa and Europe (with 4,378 and 4,339 rooms respectively). The Middle East (13 projects, 4,765 keys) is next, with Latin America (four hotels, 992 keys) bringing up the rear.

APAC also hosts the country with the most hotel projects overall, China. The People’s Republic has 47 schemes with 12,293 rooms in the offing, well ahead of nearest rivals the US (14 hotels, 4,022 keys) and Saudi Arabia (six projects, 2,483 rooms).

A busy 24 months for the brand

One of the developments that we’re keeping a close eye on is Hilton Ain Al Sokhna in Egypt, around a 90-minute drive from Cairo International Airport. Currently being built ahead of launching in Q1 2024, this upscale property will feature 200 stylish rooms, a specialty restaurant, an all-day dining establishment, a lobby lounge, three bars, an outdoor pool, a spa, a fitness centre, and extensive conference and banqueting spaces. RMC is working on the architecture and interiors of the project, while HDH Designers is looking after the design of the kitchen and laundry facilities.

Over in Nigeria, Hilton Lagos Airport is also under construction, with a view to opening in Q1 2023. It’ll boast 350 rooms – including 72 suites – plus a specialty restaurant, an international restaurant, a rooftop cocktail bar, a nightclub, an elevated pool deck, a horizon pool overhanging the side of the property, a spa, a fitness centre and 2,600 sq m of event space. The impressive design team working on the scheme includes WATG and Wimberly Interiors – London and BDP.

Singapore-based hospitality company Banyan Tree Group has debuted the newest concept within its global multi-brand ecosystem on the idyllic Thai island. The Homm brand is up and running with the arrival of the beachfront Homm Bliss Southbeach Patong. A new Banyan Tree...

Marcus Bernhardt and Qusai Al-Fakhri have signed an agreement (imagery: © TDF) Tourism Development Fund has struck a deal with Deutsche Hospitality to develop and operate Steigenberger Porsche Design Hotels schemes across Saudi Arabia. The Kingdom has taken a major...

Accor’s CEO for Northern Europe has declared “our recovery is strong, as is our future” as the hospitality giant revealed that last year’s signings were back to pre-pandemic levels. One of the world’s largest hotel groups is eyeing opportunities for growth following a... 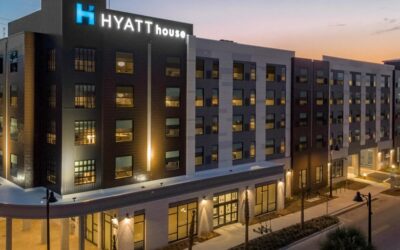 Hyatt House Tallahassee Capitol - University The hotel management company added an impressive 19 properties to its management portfolio in 2021, increasing its presence in key markets across Florida, Georgia and Virginia. After navigating the challenges brought about...

Accor has appointed the experienced hospitality professional to drive its F&B strategy across India, the Middle East, Africa and Turkey, putting food and drink at the heart of every hotel. A high-profile industry figure has joined the French hospitality giant to...

In an exclusive chat, Manikis sits down with our editor-in-chief Richard Frost to discuss how the world’s largest hotel franchising company is responding to the Covid crisis. One of the biggest names in hospitality, Wyndham Hotels & Resorts has a vast global...

One of the most recognised names in the industry, Hilton Hotels & Resorts offers travellers a world of authentic experiences.