Oyo Rooms is doubling its investment in Southeast Asia to $200 million, with this significant amount reportedly just a starting point for the company.

Oyo Rooms is aiming to become the world’s largest hotel chain in scale, revenue and margin by 2023.

Oyo’s plans are powered by the addition of a whopping two million rooms from over 25,000 hotels in Southeast Asia alone, the group’s founder & CEO Ritesh Agarwal recently told media.

With tourism numbers that show no sign of slowing down any time soon, Southeast Asia is one of the hottest hospitality markets on the planet. The region continues to attract significant attention from investors in the space.

Their vast ambition in the region has turned Oyo Rooms into somewhat of a divisive company within the hospitality space.

Oyo initially announced an investment of $100 million in Indonesia but in recent interviews, Ritesh Agarwal has now said that is committing $200 million to the broader region, saying this “is only the initial commitment … our long term ambition is to be the biggest hotel chain in Southeast Asia and the world.”

He also described Southeast Asia as terrific and fantastic for the company since it began entering Indonesia last October, doing so with over 30 hotels and 1,000 rooms in Jakarta, Surabaya and Palembang.

Since then, those numbers have now grown five times in just three months to over 4,100 rooms from more than 150 hotels in 16 cities, the founder and CEO reports.

Specifically, about 30 percent of the assets are leased from partners that include real estate developer Adhi Persada Properti, while the other 70 percent are franchised properties.

Eye on the prize

In an recent interview, Agarwal cited STR Global’s figure of 300,000 to 500,000 unbranded rooms in Indonesia, pointing out that this is only a fraction of Southeast Asia’s estimated 10 million unbranded rooms from 300,000 hotels.

“Of the 10 million unbranded rooms, 4.4 million can actually be found through online websites. So it’s a large market opportunity. I, of course, have a lot of appreciation for what Ibis and others have done but single-handedly they are not able to manage the requirements of young Indonesians, Vietnamese, Malaysians who need quality living spaces,” he said.

Oyo’s plans reflect a major commitment to the region —  one that can not only shape the nature of hospitality there but also have a vast impact on the larger hospitality market.

Let’s take a look at a few other projects currently underway in South East Asia: 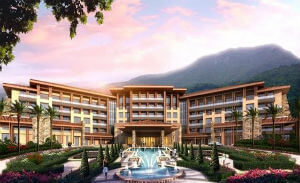 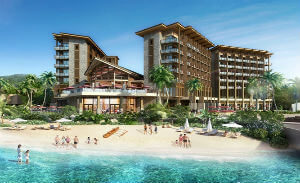 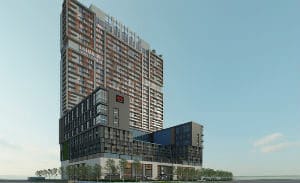 Download our latest construction report with all details to the current project pipeline in the Asia Pacific region.

Triple award: GROHE SmartControl faucets are the new darling in the kitchen